I am an experienced, precise and punctual translator . I always give my best and try to improve myself 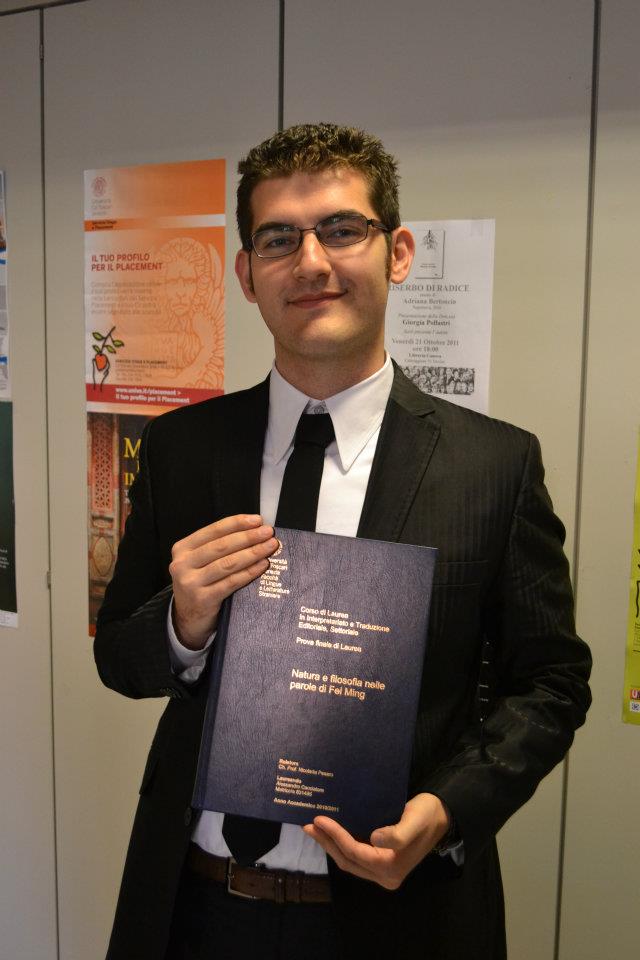 Since I was a child, I have always loved studying foreing languages and cultures.

I began to study English and French when I was at meddle school, and continued to study both languages later in my life, while I attended a high school specialised in classical studies. In the meantime, I also had the opportunity to visit the UK and France, and to improve my skills.

I completed my bachelor degree in 2009 at "Università del Salento", in Lecce (Italy). My major was translation and interpreting from Italian into foreign languages and viceversa. The languages I chose are English and Chinese.

I completed my master degree in 2011 at "Università Ca'Foscari Venezia" in Venice (Italy). My major was professional interpretation and specialised literary translation. The languages I chose are English and Chinese.

I also had the opportunity to study at Beijing Language and Culture University,in Beijing, and Shanghai International Studies University, Shanghai, People's Republic of China, to improve my Chinese language skills.

Recently, I have spent a year at Wuhan University, Wuhan, People's Republic of China, doing research on modern and contemporary Chinese literature and possible translations into Italian. I won a scholarship offered by Italian Foreign Affair Ministry.

I often worked as a translator and an interpreter. I translated contracts, advertising texts, labels, letters and more. Thanks for your kind attention!