The Golden Sword by Scot MacKenzie 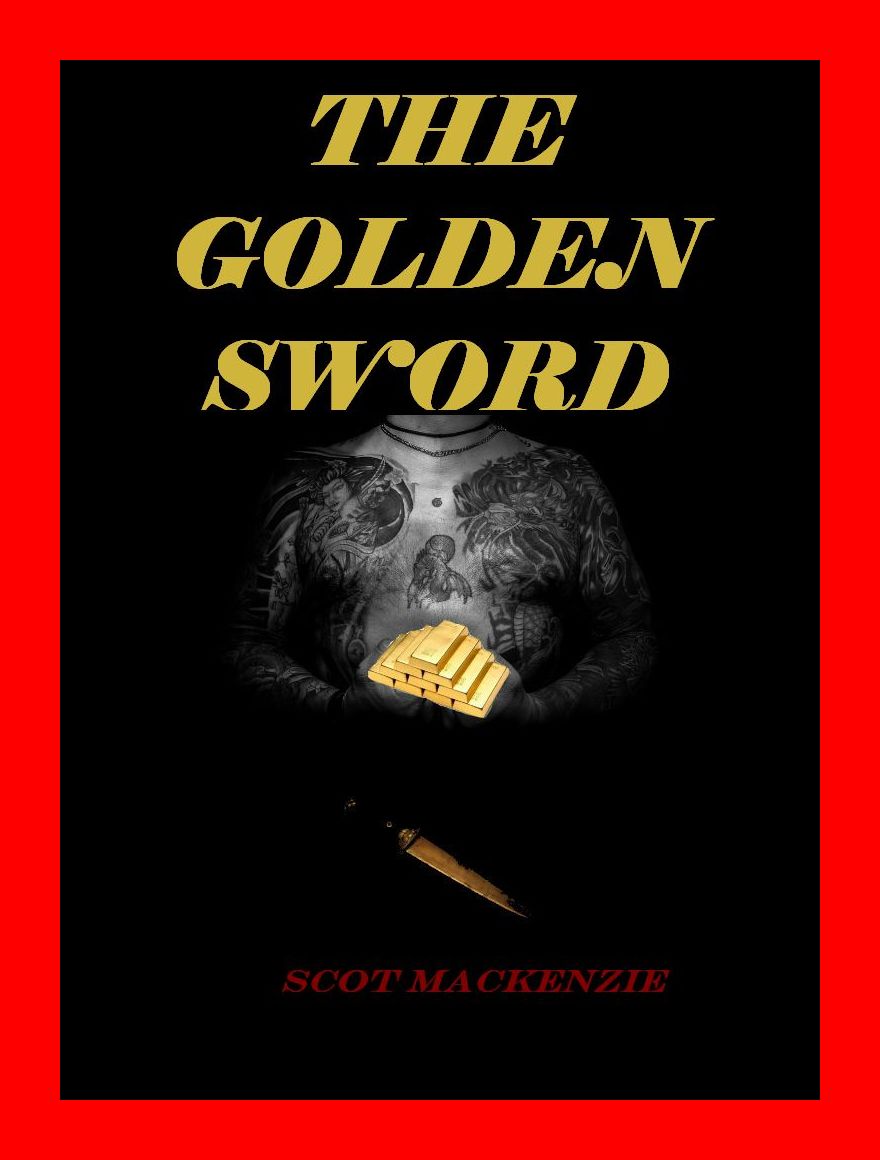 Mysterious suicide leads Johnston into an investigation which involves the Japanese mafia and a foreign governments security services in a tussle over the world Gold price.

Book 2 was in top 100 in Germany for a week on promotion.

Expect this one to do best over time. Starting to promote English version. Arranging ACX audio book.


Mr. Hashimoto reclined in his burgundy leather office chair. He was staring straight ahead, at the white corniced roof. The eyes were wide open and his mouth displayed a strangled grimace. A red pool soaked into the white shirt and blue tie. The pinstripe suit had avoided the spillage but some small seepage had splattered onto the office documents scattered over his plain wooden desk.

He gripped tightly the ornate gilded handle with both hands. The long golden blade was embedded some ten inches into his stomach. The hellish journey had ended some time ago for Mr. Hashimoto but D.I. Richardson of The Metropolitan Special Crimes unit needed to know how long ago that was. Richardson was alone now with Mr. Hashimoto in One Canada Square, Canary Wharf.

The prestigious office block was nearly empty as seven pm approached. Only a few dedicated workers with deadlines to meet occupied some offices on the bottom floor. Even Canary Wharf slowed down on Fridays. Richardson sighed as he scanned the office one last time for the elusive suicide note. From the corner of his eye he noticed something unusual about the right hand of Mr. Hashimoto. It was clutching the handle tightly with all the fingers wrapped around the handle except the little finger. It seemed stiff and uninvolved in the suicide. Richardson bent down and peered closely. The forensics had been and seen but Richardson didn't want to interfere with the corpse unnecessarily before the autopsy. He took a pencil from the desk and tapped the little finger three times. It was rigid and made a tinny sound. Why did Mr. Hashimoto have a prosthetic finger?