A Young Man's Journey into the Depths of the Underworld

Seventeen-year-old Shu Wei is forced to flee his native China, under threat of death and heads, along with his family, for San Francisco’s raucous nineteenth-century Chinatown where he must rebuild his tattered life and his family’s honor. 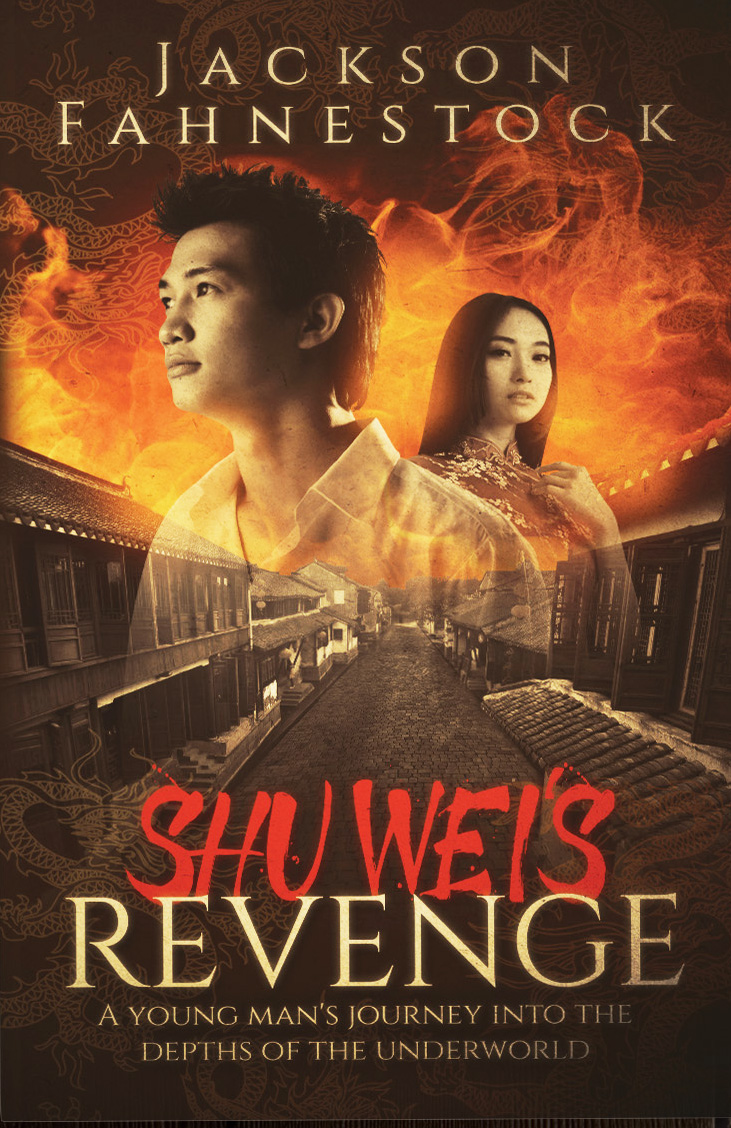 Shu Wei’s Revenge is a boiling stew of tragedy, adventure, and mystery. Shu Wei is a seventeen-year-old boy in a late 19th century Chinese village. In his role as Town Scribe, his pursuit of a story about corruption in the town costs him and his family dearly. In retribution for his insolence, one of the town elders burns his father’s business to the ground and a tribunal of these elders orders his family from the town. Fearing for their lives, Shu Wei, his sister Shu Lan-lan, and his father decide to emigrate to San Francisco’s Chinatown. On the voyage, his father dies tragically, and they learn that one of the criminals from the town has followed them on their journey.

The man turns out to be a co-leader of a tong in San Francisco's Chinatown that engages in prostitution, drug trafficking, money laundering, and gambling. He conscripts Shu Wei, under threat of death, to help him uncover suspected shady dealings by his partner. Shu Wei gets swept up in the murky underworld of the tongs.

Because of his previous experience as a scribe, his sponsors invite him to join a local newspaper where he teams with a woman reporter, Mei Huang. Thanks to Shu Wei’s undercover work, the two collaborate on several key articles for the newspaper, slowly exposing the nefarious activities of the tong. In a subplot, Shu Wei and his sister discover a mysterious box in the backyard of their Chinese host’s home. The valuables inside end up belonging to a woman who was murdered years ago. Traced to the son of the deceased woman, Perrier Banier, the documents ultimately lead to the surprise killer of Perrier’s mother‑-another major news story for our young investigative reporter.

Meanwhile, Shu Lan-lan is offered employment at the Occidental Home for the rescue and care of abused girls and works alongside the director of the Home, Grace Caldwell. Shu Wei writes a news story about one of the rescued girls, Bo Cai, that ends up enraging the tong. The tong retaliates by setting fire to the newspaper offices and, later, poisoning Bo Cai, generating yet more newsworthy stories. Shu Wei then gets word of a planned raid by the tong designed to destroy the Occidental Home. The police execute a sting, resulting in the arrest and incarceration of the tong members.

Shu Wei's tenacious recording of the doings of the underworld and his collaboration with Mei Huang in publishing stories about the tong’s ruthless deeds ends up ridding the community of a scourge and elevates him to the level of local hero. In this historical mystery, even Mark Twain and Jack London show up to teach the kid a thing or two.


According to Amazon, the book ranks 892 in Asian American literature. Book sales have been modest to date at 250, however, I am embarking on a new marketing campaign. Included in this campaign will be the placement of the book in foreign markets, particularly in China.

Dusk had just made its transition to an inky lampblack when seventeen-year-old Shu Wei first smelled the sulphuric odor of smoke. He strained to get a clearer view from the small bedroom window at the front of the house. He already suspected the source. It had to be his father’s shop, two blocks away. The wood-snapping fire already had sent red-hot embers skyward in a swirling mass. His bony frame shaking and heart pounding, he gave a frantic shove against the heavy wood front door. As he began running down the street his long fingers tugged at the high collar of his white cotton tunic. Nearly tripping on the rutted dirt road, he frantically grasped at the untied drawstring of his trousers.

Another figure was sprinting just ahead of him toward the blaze, shouting, “No! No! My store … my—my life!” His father was half running, half stumbling.

As Shu Wei drew nearer, his eyes strained to penetrate the boiling inferno. A figure with a smoldering stick limped away from the shop. His fear turned into a gut-wrenching panic. His feet were like lead. “Father, father,” he yelled in a panicky voice. Gasping for air, he staggered after Lin Feng, the fifty-six-year-old village patriarch of the Tang Chung Ling clan. Too late. The older man had already launched himself into the burning building. The structure was now fully engulfed in angry flames and acrid smoke.

“Father, please come back! You will burn yourself!” Shu Wei called out in a gravelly voice, the caustic air constricting his throat. But Lin Feng continued unfazed. His delirium made him unaware that his right sleeve and pant leg were already on fire. In desperation, Shu Wei grabbed his father and pulled him away from the fire and quickly wrapped his own heavy tunic around him.