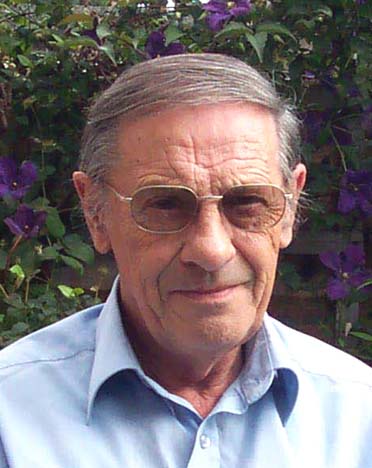 I was born in 1943 in Bishops Stortford, Hertfordshire. I now live in Essex with my wfe Margaret, who I married in September 1969; and my daughter Elizabeth. For many years I worked in local government as a land surveyor, spending some time with the Metropolitan Borough of Stepney, the Royal Borough of Kensington and Chelsea, and the London Borough of Tower Hamlets. In 1972 I was employed by the Greater London Council, as a Senior Project Manager, remaining with them until the Council was closed down in 1986. I then set up my own practice carrying out property surveys, and preparing architectural drawings for extensions, conversions, and new builds. In 2004 I had a heart attack, which had a major effect on my business, and I eventually retired in 2008. I have also been concerned with animal welfare, and for many years I was Chairman of the local branch of the Royal Society for the Prevention of Cruelty to Animals. During that time I prepared architectural drawings for a major animal shelter which is still operating. I suppose, like many people, I had always wanted to write a novel, but I could never think of a decent original plot. Then in 2005 we went to the Austrian lake district. We stayed in a small village Grundl situated on lake Grundlsee, the first of three lakes in close proximity. The next lake was Toplitz. This lake was used by the German Navy, in World War 2, to test rockets, missiles, and torpedoes. As the war drew to a close many items were hidden in the lake - weapons, documents, counterfeit dollars, and pounds sterling, and jewellery. There were also rumours of gold bullion being placed into the lake, with plans to recover at some later stage. After the war extensive searches were carried out. These searches went on until the middle of the 1980's. Millions of counterfeit dollars and pounds were discovered; documents detailing where stolen artifacts were hidden; weapons; jewellery, but no gold bullion. A plot began to form in my mind, and in December 2006 "The Kammersee Affair" was published by Raider Publishing International in New York. Over the following four years three more of my novels all featuring my private detective Tom Kendall, were published - "The Mackenzie Dossier", "The Marinski Affair", and "Epidemic". A fourth Kendall novel, "A Killing In The City", was published in 2012. In August 2012 I decided to self publish. I set up my own publishing company, Phoenix, and re-issued all of my original five novels. A sixth novel, "The Thackery Journal" was published in August 2013. This is a departure from my normal book. This is a what if novel set during, and just at the end of the America Civil War. Most of my sales have been of ebooks - the best sellers currently are "The Mackenzie Dossier" (almost 6000); "A Killing In The City" (just over 5000) and "The Marinski Affair" (almost 4000). Reviews from "A Killing In The City" - "Holt is a writer that delivers the goods. His main character is just the right blend of good guy/tainted guy. Would recommend this book to anyone looking for adventrure without gratuitous gore. Just right. Too bad Holt hasn't written 100 more books; I'd buy them all." -  "As I was reading this I was surprised at how many twists and turns the plot point has. And very well entertained. I enjoyed that the reader has to think and try to figure out what is going on along with the detective. Its not the average you know what the ending is before you get there. Very good read."