The Thackery Journal by John Holt

Set during The American Civil War 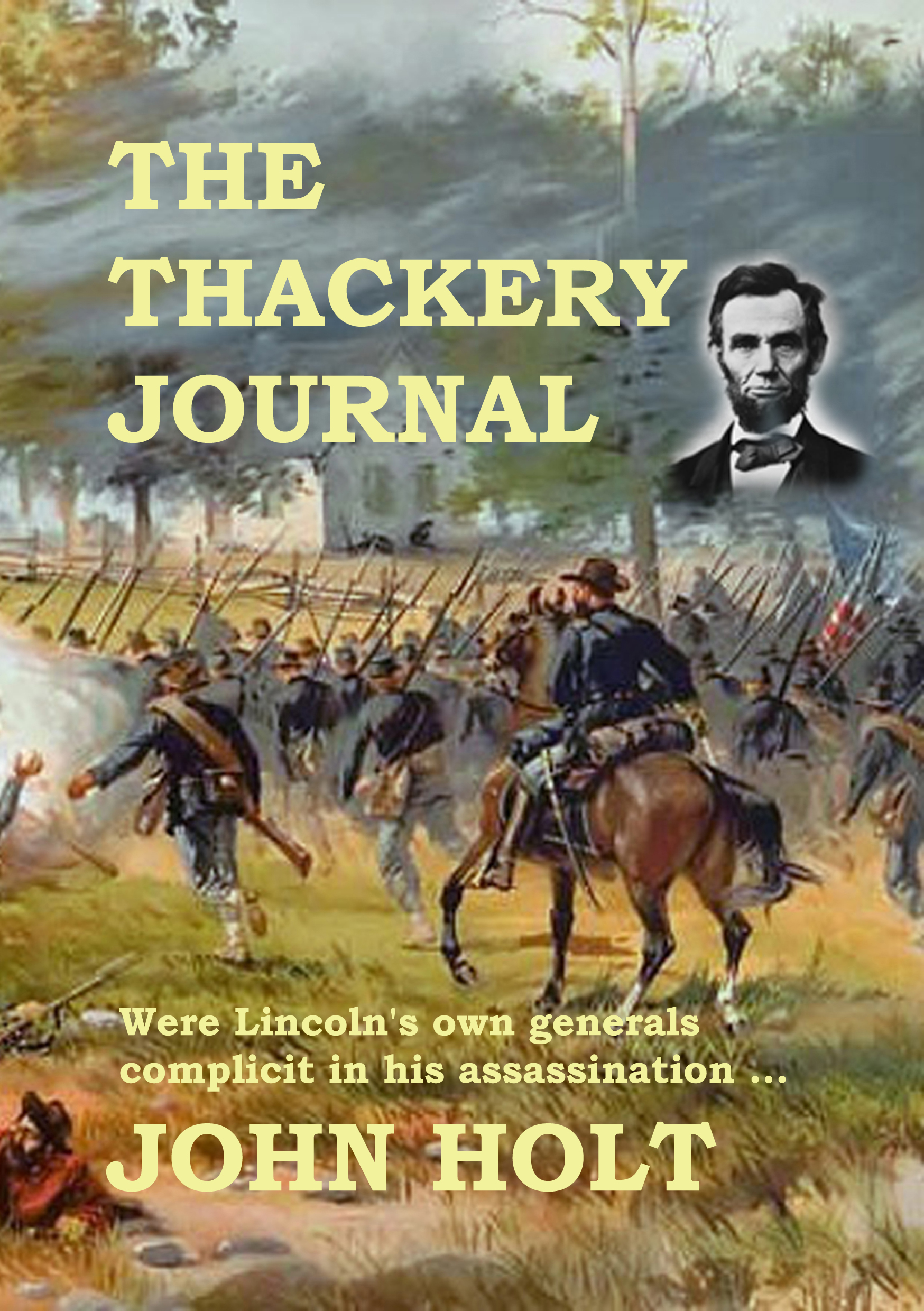 Civil War – the worst kind of war that any Nation could face. Fighting against itself there could be no winners in such a war, a war that divides communities; splits families; and makes enemies of long time friends. As the first sounds of gun fire echo through the land, two friends enlist on opposite sides of the conflict. Both believe right is on their side, and both hope they will never meet each other on the battlefield, but their lives become inextricably entwined as the war nears its end culminating in the assassination of President Abraham Lincoln from a single shot fired by John Wilkes Booth. Was Booth a lone assassin? Or was he part of a wider conspiracy? A plot hatched by his own generals to replace Lincoln with General Ulysses S. Grant.


Aaron looked up as he heard the door close. “Good night Thomas,” he called, but Thomas had already gone. Aaron shivered and pulled the blanket closer around him. He looked towards the fire, watching the dying flames. He then picked up the brandy glass and finished his drink. He looked down at the document he was holding. Just below the name was a date, April 16th 1861.

That was when the Journal had been commenced. It was the date that Jacob had gone down to the Court House. It was the day that he had enlisted. He could not wait. He had been so proud, so excited. Everything had changed that day. It seemed such a long time ago. It seemed like a lifetime, he thought. He took a deep breath. It was a lifetime ago, he murmured. In fact it was two lifetimes, his son’s and his wife’s. He laid his head back and removed his eyeglasses, loosely holding them between the first finger and thumb of his left hand. His eyes were beginning to ache, and the bridge of his nose was sore. He reached up and started to massage the sides of his nose. After a few moments he stopped. He closed his eyes. Very soon he was sound asleep. The eyeglasses dropped from his fingers, and slid to the floor. Prince looked up momentarily, and then settled back down and went to sleep.

It was a day just like any other. In fact on the face of it, it appeared to be a perfectly normal Saturday. The sun was shining brightly, and there was not a cloud in the sky. There was just a hint of a breeze blowing in from the south. All in all a very pleasant Spring day. Like any other Saturday the town was busy. Although today it did seem to be a little busier than normal. A little more crowded perhaps, a little more activity going on. Jacob Thackery could not quite put his finger on anything specific, but there was something different about this day. Certainly there appeared to be a lot more people that he did not recognize