Trouble In Mind by John Holt

We see only what we expect to see 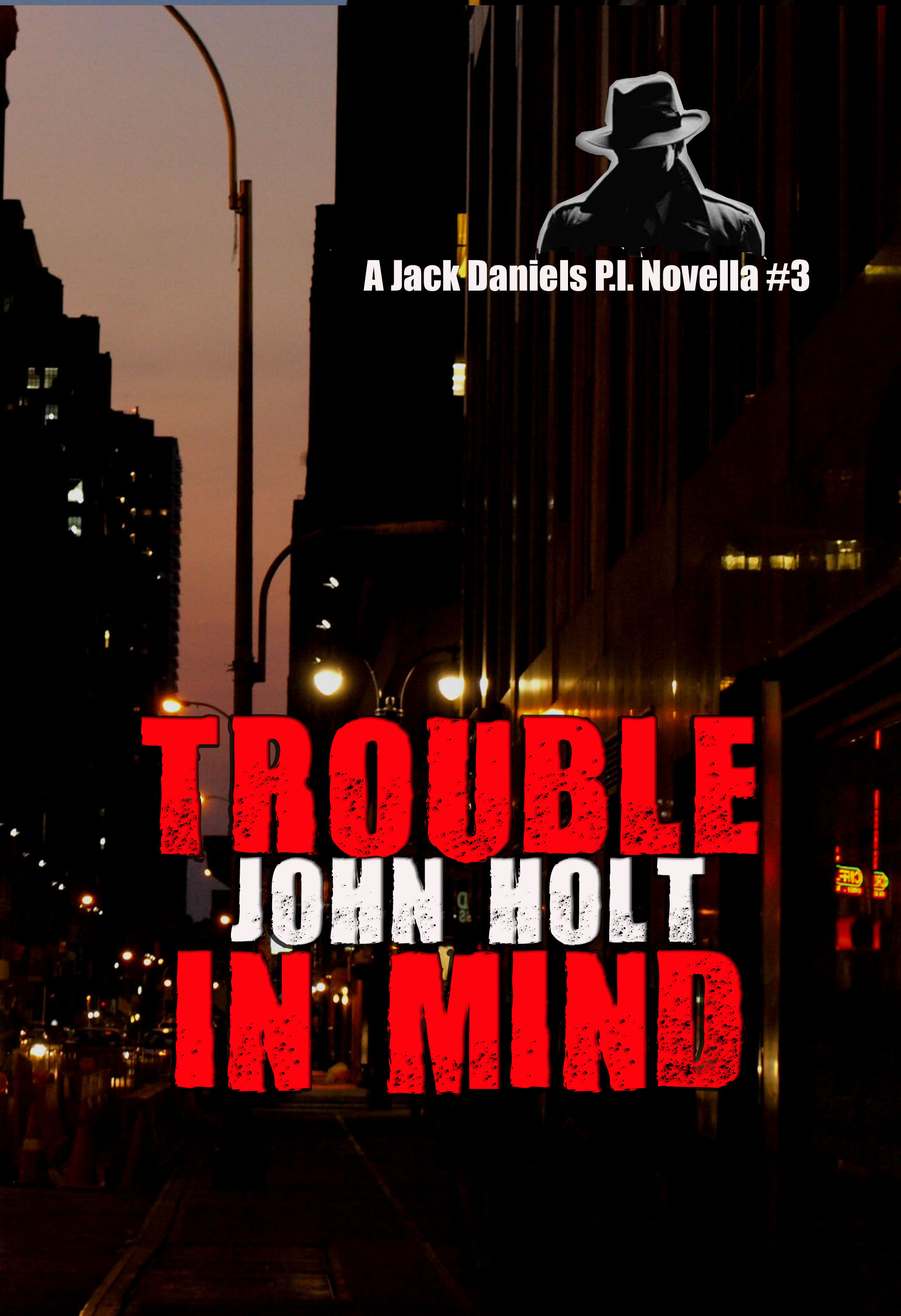 Have you ever noticed that things aren’t always what they seem. Life will always throw you a curved ball when you least expect it. We see only what we expect to see, and sometimes we could be in for a big surprise. And I sure got a surprise I can tell you, in spades. A surprise that lead to blackmail and murder. That’s when I really got .... TROUBLE IN MIND.


I guess you’re the same as me. Most people are I think. Do you get anxious for no apparent reason? Stressed? Worried? Do you sometimes get the feeling that things aren’t going to go right, you know, not the way you planned. Or the way you had hoped. Maybe you panic a little. You took a wrong turn somewhere along the way. Things are going decidedly badly. And you don’t know why. You can’t actually put your finger on anything in particular. Or maybe you do know why, but maybe there’s nothing you can do about it anyway.

Do you ever feel like that? I know I do, quite often. Something to do with insecurity I guess. Sure it’s just a feeling I know that, you know that, but you can’t shift it, can you? No matter what you do, it just won’t go away. It hangs around, and just nags at you. Twisting and turning it just eats into you, with no let up. It gets into you and takes over. Nothing else seems to matter. Logically you know it’s wrong, but logic has got nothing to say about it.

As Sam Lightnin’ Hopkins would say “You’ve got trouble in mind.”

Trouble in mind, I'm blue
I've almost lost my mind
Sometimes I feel like livin', and again I feel like dyin'

Well I got that feeling again just today. Only it wasn’t just a feeling, and it wasn’t for no apparent reason. There were plenty of reasons, good ones, believe me.

By the way the name’s Daniels, Jack Daniels, and I’m a private detective. And who is Lightnin’ Hopkins, I hear you ask. Well he came from a small town, Centerville, Texas, and he is only one of the greatest blues singers of all times, and that’s not just my opinion. Trust me.