An Act Of Murder by John Holt

“It was meant to be play acting,” 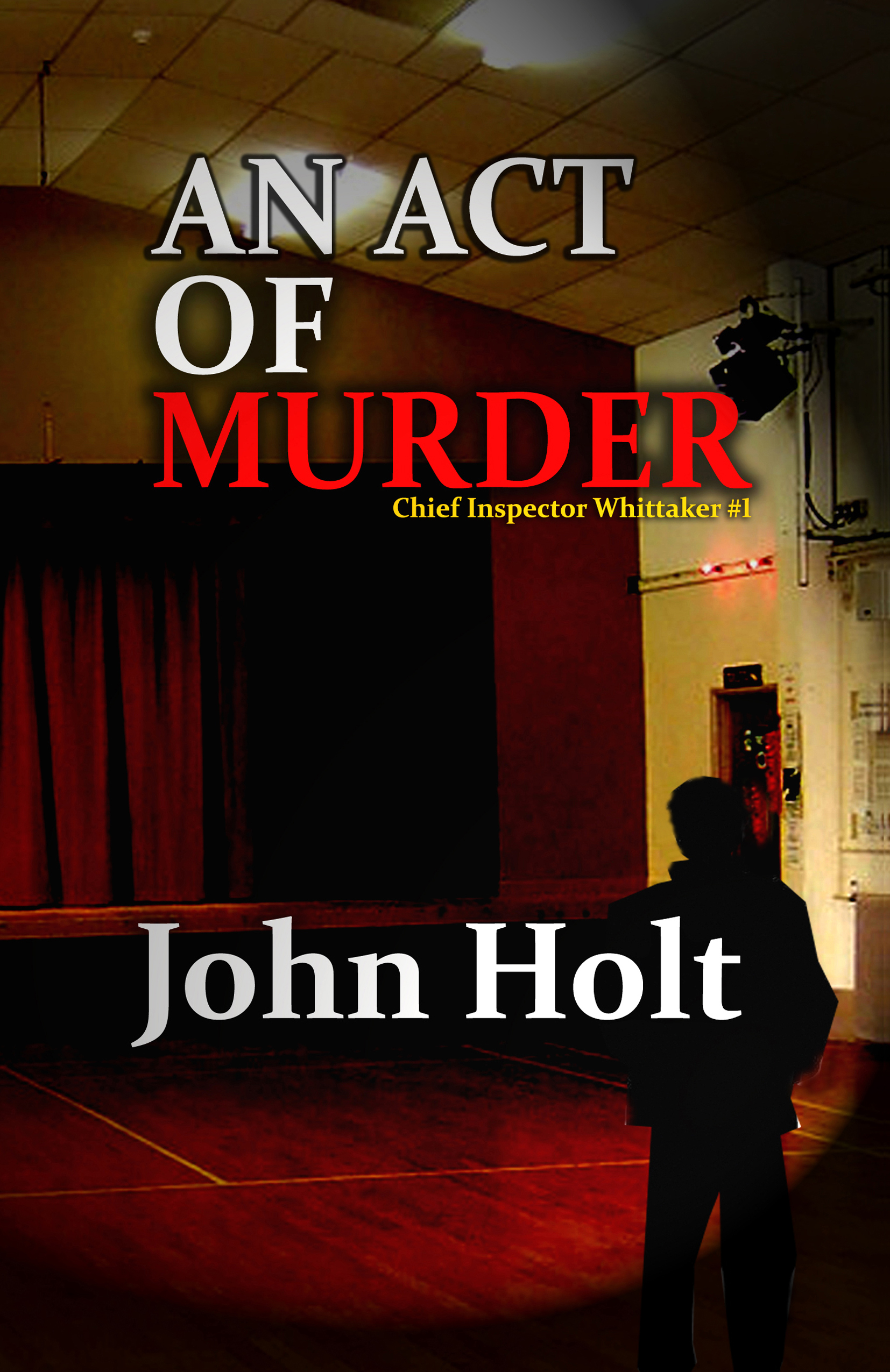 “It was meant to be play acting,” said Whittaker. “But when someone is shot dead, on the stage in front of an audience, then it becomes an act of murder.”


The clock on the mantle shelf started to chime the hour. There was the sound of a window opening. A wind began to blow, rustling the curtains at the window. Right on cue, the barrel of a gun could be seen poking through those curtains. The curtains slowly opened, and Tim walked on to the stage. He glanced around, and slowly made his way until he reached the centre of the stage. He stopped, and glanced around once more. Then he looked down at the figure lying asleep. He raised the gun, and pointed it directly at the Colonel, and gently, slowly, squeezed the trigger. There was a loud thud, followed by a gasp from the audience. The stage curtains came down indicating the end of Act Two. Janet heaved a sigh of relief. Despite all expectations, it had gone reasonably well after all.

Janet hated the noise of that gun. Even though she knew that the bang was coming, it always took her by surprise, and startled her. Tonight though it somehow seemed louder than normal, not like at rehearsal, but she knew that wasn’t likely. It was just her imagination playing tricks, nothing more. She dismissed it from her mind. But then there was that smell of cordite hanging in the air. It was so realistic. She had never noticed it before, but tonight it was so strong. She guessed that it was probably something to do with the air conditioning, or the ventilation system. Or maybe it was because this was the first live performance, and someone had decided that they needed to add a bit more realism to the proceedings.

“Okay James, that was great. You can get up now,” she said as she reached the centre of the stage. James never moved. “Come on James,” she coaxed, smiling. There was no reaction. “James, we haven’t long before Act Three, you know,” she continued, as she tapped him on the shoulder. Clearly the whiskey had done its worst.