The Mackenzie Dossier by John Holt 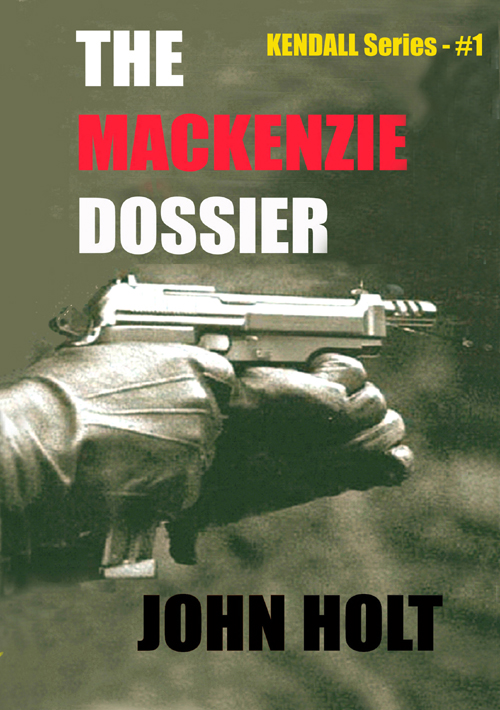 Kendall could just see the television screen. There was a photograph of Governor Frank Reynolds. Across the bottom of the screen the ticker tape announced in large black letters 'Governor Reynolds Murdered'. The voice over was filling in whatever detail was available. Apparently his body had been discovered earlier that morning. He had been found lying in his garage. He had been shot twice. One shot to the upper chest, the other hitting his shoulder. 'Police believe that the weapon used was a 9 mm pistol,' the reporter said. Kendall froze. Anthony Shaw had also been killed by a 9 mm bullet. Kendall was not quite sure of what it all meant. What connection was there between Anthony Shaw, and the State Governor, and the business mogul, Ian Duncan. And what about Senator Mackenzie? Where did he fit in? And who or what was Latimer? Only a short while ago Kendall was a small time private detective , a Private Eye, investigating an insignificant little murder with no clues, no witnesses, and no motive. In fact, no nothing. Now he had so many pieces of a puzzle he didn't know how they fitted together. He didn't even know if they all came from the same puzzle.