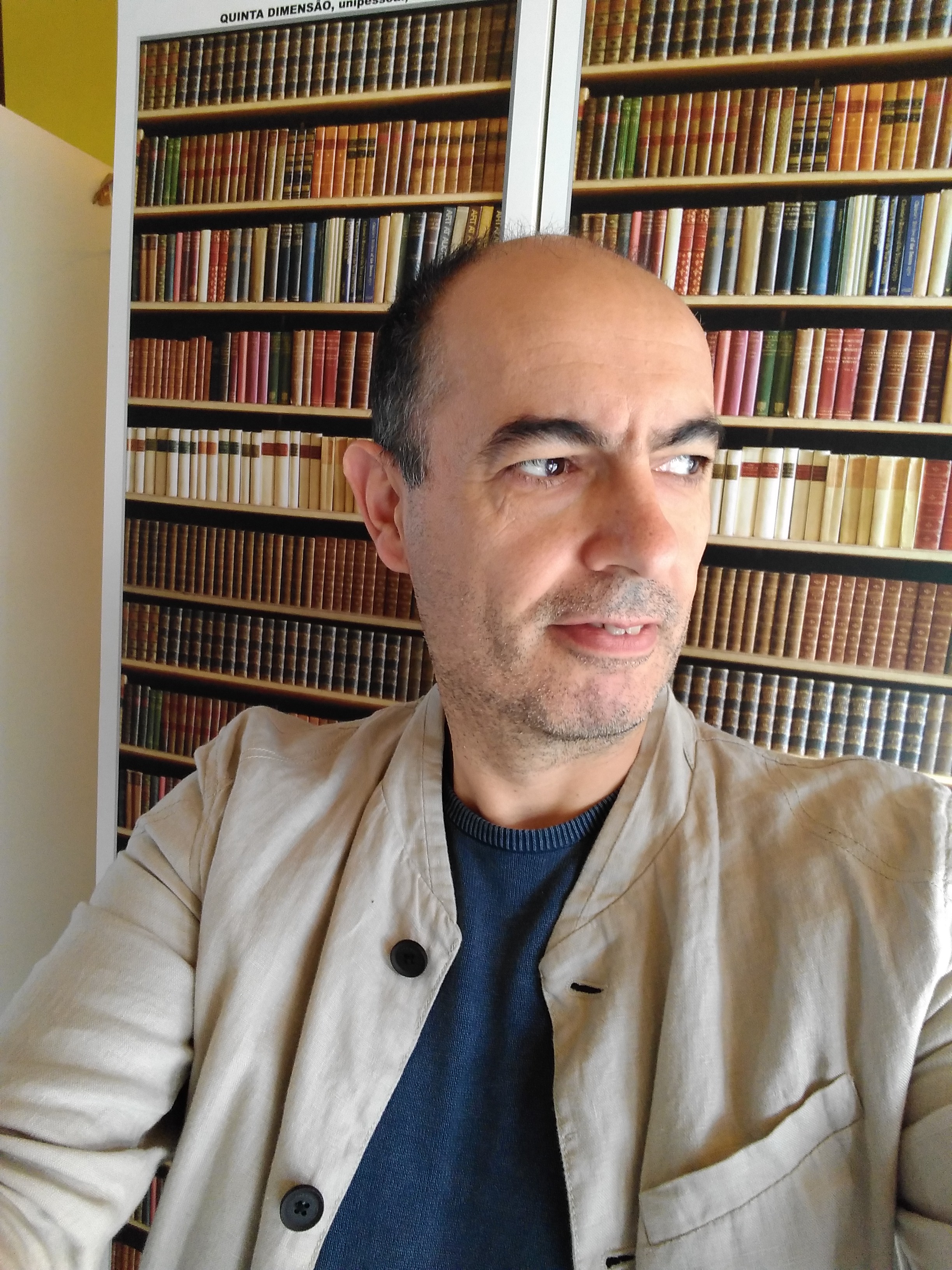 Born in Évora in the year 1969, António Almas, revealed from an early age his taste for reading. With particular interest in fiction and essay, he found in the books of Carl Sagan, H.G. Well, Isaac Asimov, the fascination for science and fantasy. Always involved in several projects in the area of ​​youth associations, literature has followed his path, bridging the daily hustle and bustle of rest. In 1990 he was a professor at EPRAL in Vila Viçosa, where he always resided, and where, together with other colleagues, he taught courses in Librarians, Archivists and Documentalists. Later he was president of the Biblioteca Florbela Espanca.

At the end of 1999, he decided to start writing some notes, ideas and sensations that awoke the various themes, such as religion, love, or urban myths. This notebook, called "Nós os marcianos", is today an unpublished reference to the beginning of its writing.
But it would not be in the field of realism that would come to deliver the letters, metaphor and fantasy allied to dreams opened the door to worlds created by themselves, images and tastes, senses and emotions.
2005 marks the beginning of a new adventure, with the creation of a blog. In this space was born a diary that little by little was built, packed with passion, wrote, under cover of a certain anonymity for someone who, most of the times, did not read it. Text after text, he created a space that was visited by several readers who also encouraged him to write.

Twenty years after his first steps in the adventure of writing and 10 years after the launch of his first book "Diário de Sonhos", António Almas has published 37 works today, 19 of which are already translated into several languages ​​(English, Spanish, French, Italian and Greek).