The enigma of love by Antonio Almas

A romance about love between people of diferent ages. 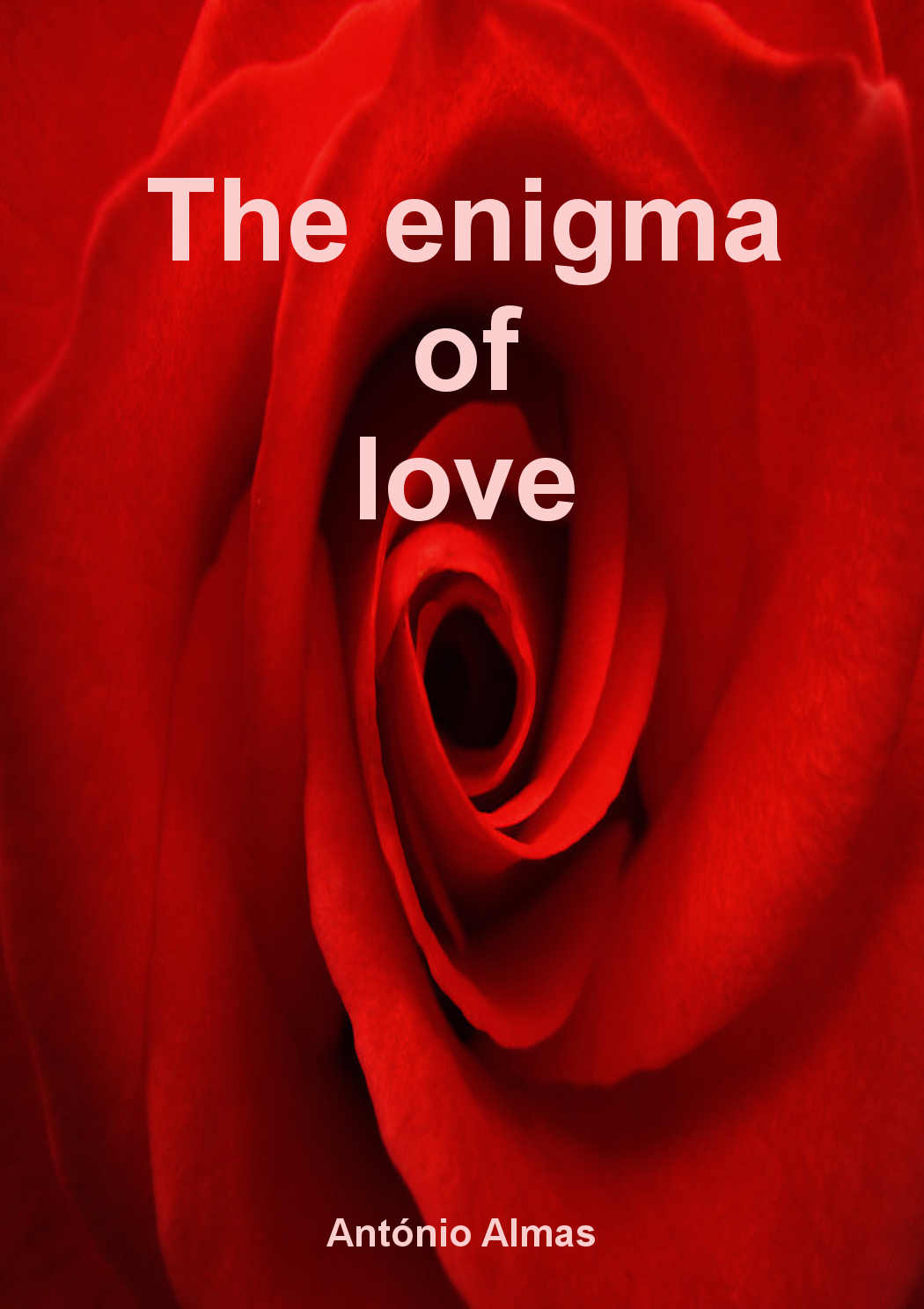 Love is transverse to time, for it there are no barriers, limits or preconceptions. For him everything is possible, only because who loves knows that can everything, owes everything and never will be defrauded, when this love is intense and profound as the Universe.


The book sell well, it's a pocket book, easy to read and to take away.


Gabriel during his long life was a lover of the eternal feminine, the Woman was always for him a perdition. As a young man, many young women passed through his life, many were slender, and over the years he learned to curb this insatiable desire for the conquest of women’s love, for the pursuit of perfection. He used to say that the Perfect Woman was a summation of all the women of the Earth, possibly an excuse to continue to venture into the conquest of the eternal feminine.

He married several times, and in his midlife he realized that this diversity of passions were destroying the conception of love that he had been searching for, since childhood. This frequency of love and dismay had destroyed the magic and the essence of what true love was for Gabriel. He had often wondered if it would be a psychological problem, his obsession with the women, he even consulted a psychologist, but couldn’t find a logical explanation for his huge pendency for the desire for conquest in the feminine. He decided to accept himself as he was, and he was reluctant to continue on the clinical side, because the psychologist was a temptation for himself, that cost a lot to come around.

As the years passed, he began to convince himself that only in the world of imagination could he design and build a relationship with which he always dreamed. Real life was too possessive, and all the women who had come across him had something that did not fit his notion of perfect love, or because they were mostly possessive, some because they did not like his gender, others were unattainable, but in general there was always something that ran from the motives for which he had fallen in love with them.