Tales of Erana: Myths and Legends by A L Butcher

In a world where magic is illegal, and elves enslaved dare you hear the tales of old? 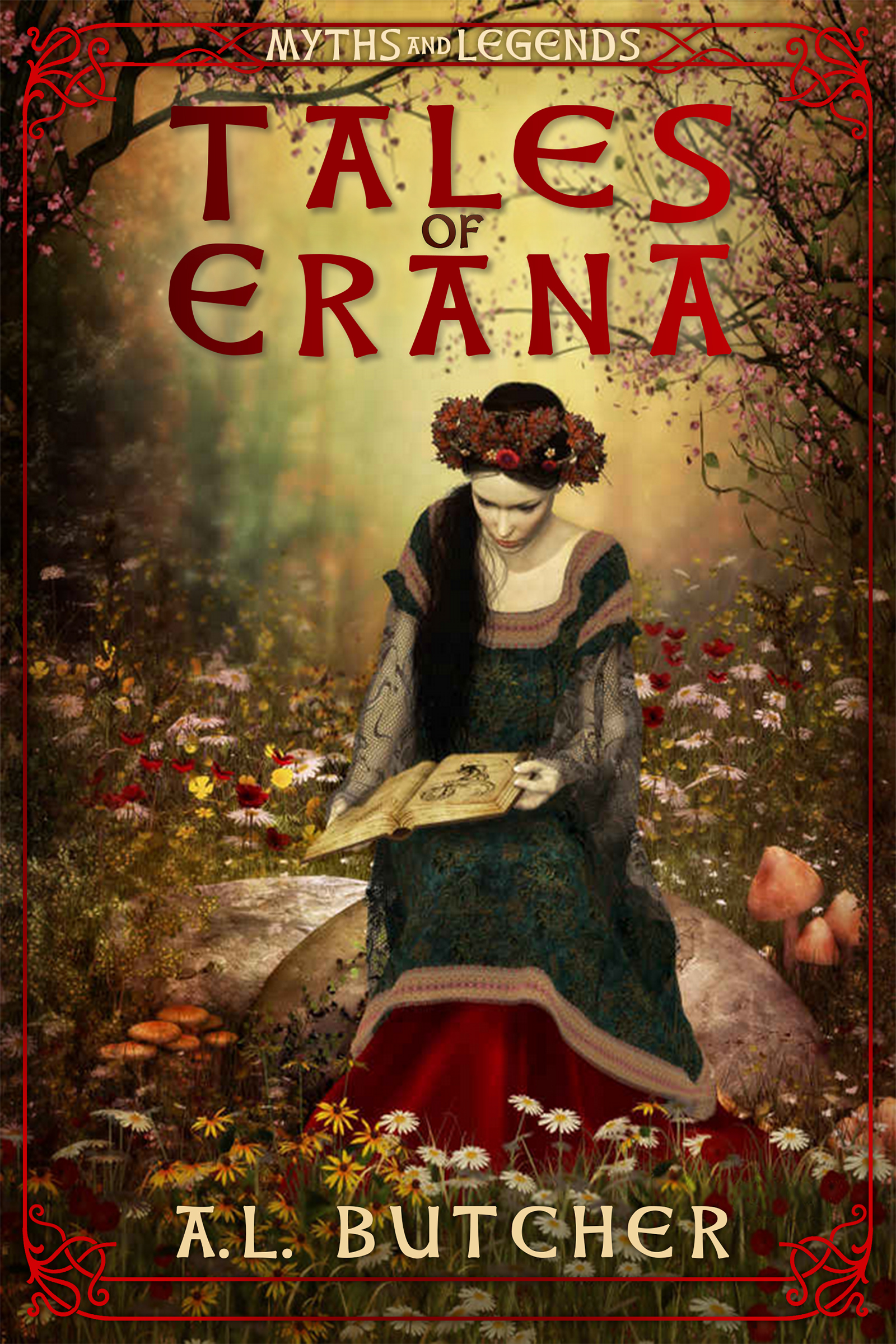 In a world where magic is illegal, and elves enslaved dare you hear the tales of old? Five tales of myth, magic, and monsters

The Moon on the Water: The tale of the love between a goddess and a warrior and the terrible curse it brought.

The Tale of Treyna the Beloved: When a mortal woman is pursued by two rival gods even the heavens are wrought by magic.

Storm-Born: A lonely magician finds companionship with a creature of the storm but magic demands a price, what price will it be?

The Blue Phial: A lesson in listening to instruction carefully, lest one makes an embarrassing mistake.

The Legend of Oeliana: A story of a nymph and a toad, jealous magic and debts repaid.


The sun burned blood-red against an evening sky of blue and gold, fiery and vivid. A child, golden-haired and dark-skinned stood with her grey eyes wide at the magnificence of the world. Small twisting horns poked from her bright curls and her small mouth creased in wonder. A bright blue dress of soft dyed hrak wool fell to her feet, but even the child of a Shaman likes to play in places she should not, so the hem was torn and mud spattered the skirt. One hand clutched a small doll, also with yellow hair and dark skin and a favourite dress of blue. With the other hand, the girl pointed in the manner of small children both on that particular world and many others. “Grandmamma look! The sky is on fire!”

The old woman swept the girl into her lap, chuckling at the wonder of it all and knowing even at her advanced years and status a Shaman of the Trollkind could still feel awe at the sky above them, in all its glory. Many times had she stood and watched the sun set over the mountains and each and every time the old troll had felt the excitement rise at such a majestic sight. The power of nature was rarely lost on a troll, whose kind lived close to it and its whim. Freelah remembered the tale her own grandmamma had told her, so many years past before the old and noble Shaman had joined the spirits.

“That is the fire of Helion, God of the Sun. For it is midsummer and he remembers his brother’s betrayal.”

The small girl looked upwards, snuggling into her elder’s embrace. “Why is he angry? Why did his brother betray him?”