It’s Spank-Me Ménage Night at the Key Club and Sophie is finally taking the plunge back into the spank scene. 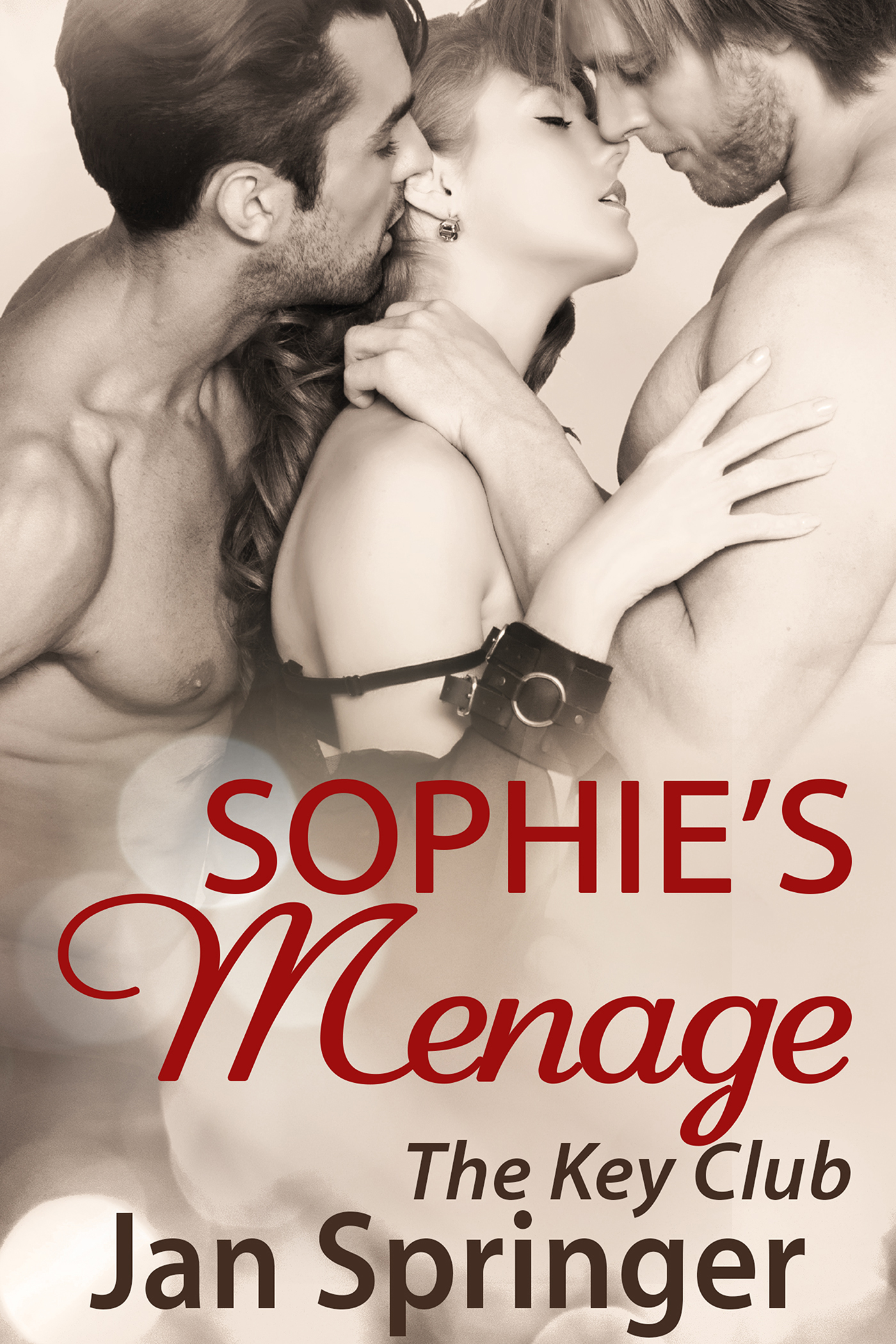 It’s Spank-Me Ménage Night at the Key Club and Sophie is finally taking the plunge back into the spank scene. She didn’t count on her two hunky ex-flames to be there or for their renewed interest in her. They’re the only men who could ever make her climax, but she’s determined not to submit to her naughty desires where they’re concerned, especially after the way they’d left her. Surely a bit of harmless teasing wouldn’t hurt in order to show them what could have had…

Oil rig workers Steve and Eric are back in Alberta and they can’t wait to bend the sweet, timid hairstylist over their knees to give her the sensual spankings she craves. But the surprise is on them when they catch her wearing a sexy spank dress while auctioning herself to the highest bidder. Who knew the shy little firecracker could be such a sultry tease? Or that she wasn’t going to be easily led back to their bed…


The Key Club series continues to do good sales (combined at e-tailers) in both the English and the Italian versions.

Being a participant in the "A Touch of Menage" Boxed Set allowed this story/box set to become a Top 100 Kindle Bestseller, a #1 Kindle Bestseller in the Romance Western, Holiday Fiction, Holiday Romance and Romance Anthologies & Collections categories at Amazon. (English version)

Sophie's Menage is Book Four in the Key Club series.

Books in the series are:


Sophie Bennett liked being spanked. She enjoyed the sharp sting of a man’s bare palm slapping her sensitive flesh. Craved the fiery pain as a whip snapped against her blushing butt cheeks. She’d read up on her fetish. Knew the pain created by a cane, or a paddle, or whatever a man used on her, released endorphins and formed the naughty pleasure she was addicted to. She just wished she didn’t need to be spanked before she was able to orgasm. With the boring guys she’d been dating lately it was so damned inconvenient to pretend she was climaxing, when she truly wasn’t.

Jewel held up a blush pink diamond-patterned lace dress. Around its waist dangled a pretty silver chain. The dress was virtually see-through and when Jewel turned it around to let Sophie see the back area, wicked tingles swept through her. The back was low down to the waist and there were two large cut outs where her ass cheeks would be fully exposed. If she wore this, no man would doubt why she was at the Key Club during the Spank-Me Ménage Night festivities this weekend.

“Beware, no undies. All a guy has to do is lift the front area of your skirt and he can slide his asset into you. The behind area is open as you can see, so he can paddle you or just take you from behind whenever he wants. And if you want your breasts paddled…this low cut elastic collar allows you to slip the top down and the built-in push-up bra will allow the material to snuggle beneath your breasts, accentuating your assets for him. The dress is designed in such a way as to give your men a clear invitation to spank away.”

Sophie shook her head as shyness chased away her momentary boldness.