Lifes a Beach Then You Die by Falafel Jones 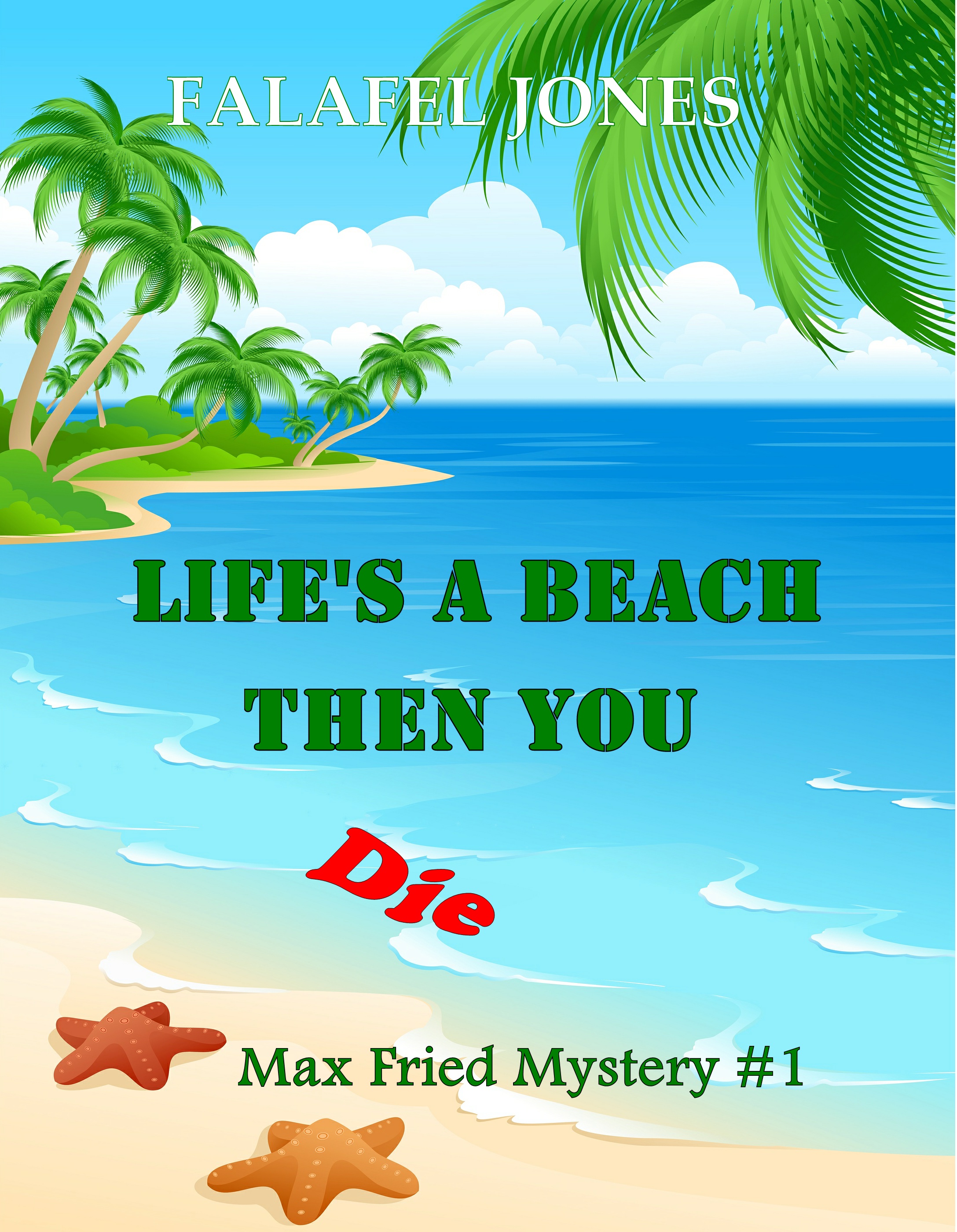 Max Fried is a former computer forensic examiner who devotes his time to swimming, drinking and bathing in the hot Florida sun, but today… it’s a real killer. A murderer is coming his way.

When a smooth-talking lawyer persuades Max to find a deceased client’s estate assets, Max takes the job, thinking it will be a snooze. Instead, an old killer with a new identity breaks into his home and steals the client's computer.

Max doesn’t know the computer contains clues to a 20 year-old murder but then, the murdering thief doesn’t know Max stored a copy of the stolen computer on his iPod. Too bad for the bad guy, the copy contains evidence that could get him the death penalty.

Now, Max is the last one alive who knows why people are dying. If he can outwit the killer, he can return to his bar stool on the beach. If not, he’ll be victim number five.


The English language version of this ebook has been available for free at Amazon for most of the time since I introduced it April 20, 2013. As of October 2013, over 40,000 copies have been downloaded.


I noticed them the moment we arrived. She was a busty blonde bursting from a blue bikini and holding a lipstick stained cigarette. He looked like a handsome Irish football player grown older and puffy, a scotch glass a fixture in his hand. Besides Jack, the owner-bartender, they were the only ones there.

While we sat outside on bar stools admiring the ocean, Jack brought my AmberBock draught and Mariel’s vodka tonic.

I said, “Thanks,” and when I lifted my chilled mug, condensation dripped onto my crotch. I decided to sit until it dried.

Jack wiped the wet spot on the counter and leaned forward on his hands. “Max, we’ve been waiting for you.”

“Yeah, I know you come in about now, so I told them to wait.”

Mariel and I turned to each other and then to Jack. Sometimes, you couldn’t tell when he was kidding.

Jack AKA Jack Jr. worked at Bobbi and Jack’s Beachside Patio since childhood. He claims to have been born behind the bar here when his dad ran it and where allegedly, his pregnant mother, Bobbi, served drinks until and immediately after she dropped him. He sometimes told gullible customers his real name is Jack Daniel’s for the drink his Mom had on her tray at the time.

“Guys, I don’t want to impose,” Jack raised an eyebrow, “one of my lunch regulars needs a hand. Maybe you can help. Ed’s a local lawyer. I think he’s semi-retired,” Jack pointed down the bar to the man and the woman.