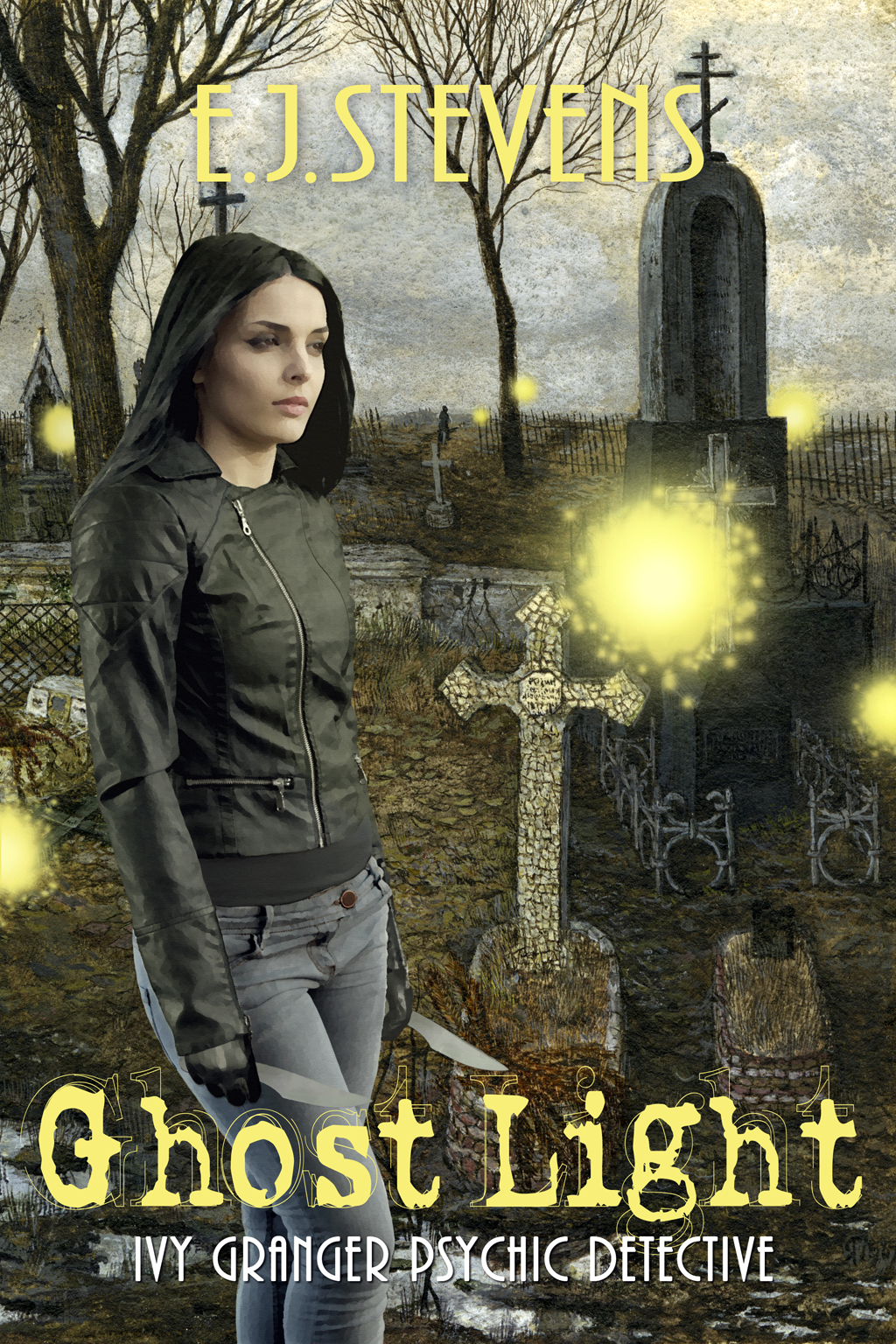 With a vengeful lamia that only she can see on the city streets, reports of specters walking Harborsmouth cemeteries, and an angry mob of faerie clients at her office door, it's bound to be a long night. Add in an offense against the faerie courts and a few foolish bargains and one thing is clear--Ivy Granger is in some seriously deep trouble.

Ivy Granger is back, gathering clues in the darkest shadows of downtown Harborsmouth. With the lives of multiple clients on the line, she's in a race against time. Ivy finally has a lead to the whereabouts of the one person who can help her control her wisp abilities, but will she put the needs of her clients above her own?

If Ivy doesn't find a solution soon, she could wind up a ghost herself.

Ghost Light has over 40 Amazon reviews and is rated 4.3 out of 5 stars.

Ghost Light is currently available in English in trade paperback, audio book, and all ebook formats.


I tried to focus on the fading image, but black smudges filled my vision.  My awareness was yanked painfully upward and, with a gasping breath, I broke the surface of the vision.  The last of the vision trickled away, returning me to my own body.

I ran my tongue around my mouth, tasting blood, but there didn’t seem to be any lasting damage.  I was even sitting upright.  Go me.

I opened my eyes to see Jinx zipping the blue and yellow monkey into a plastic bag.  She set the bag aside and grabbed a notepad and pen.  I stole a glance at Ceff.  He cleared his throat and caught my gaze.

“We are delighted at your return,” he said.

My mouth was dry and the copper taste of blood caught in my throat.  But I didn’t feel too bad, actually.  For a vision, this one was mild.

I pulled on my glove and sagged against the metal file cabinet at my back.  Jinx handed me a paper cup of water and I gulped it down.  It was holy water from our water cooler, not that it tasted any different than regular water, but at that moment it seemed to come straight from Heaven.   I let out a satisfied breath and Jinx held up her notepad and pen.