A Merry Menage Christmas (#3 The Key Club) by Jan Springer

Dr. Kelsie Madison is going to indulge in a yummy Christmas present for herself - a red-hot menage! 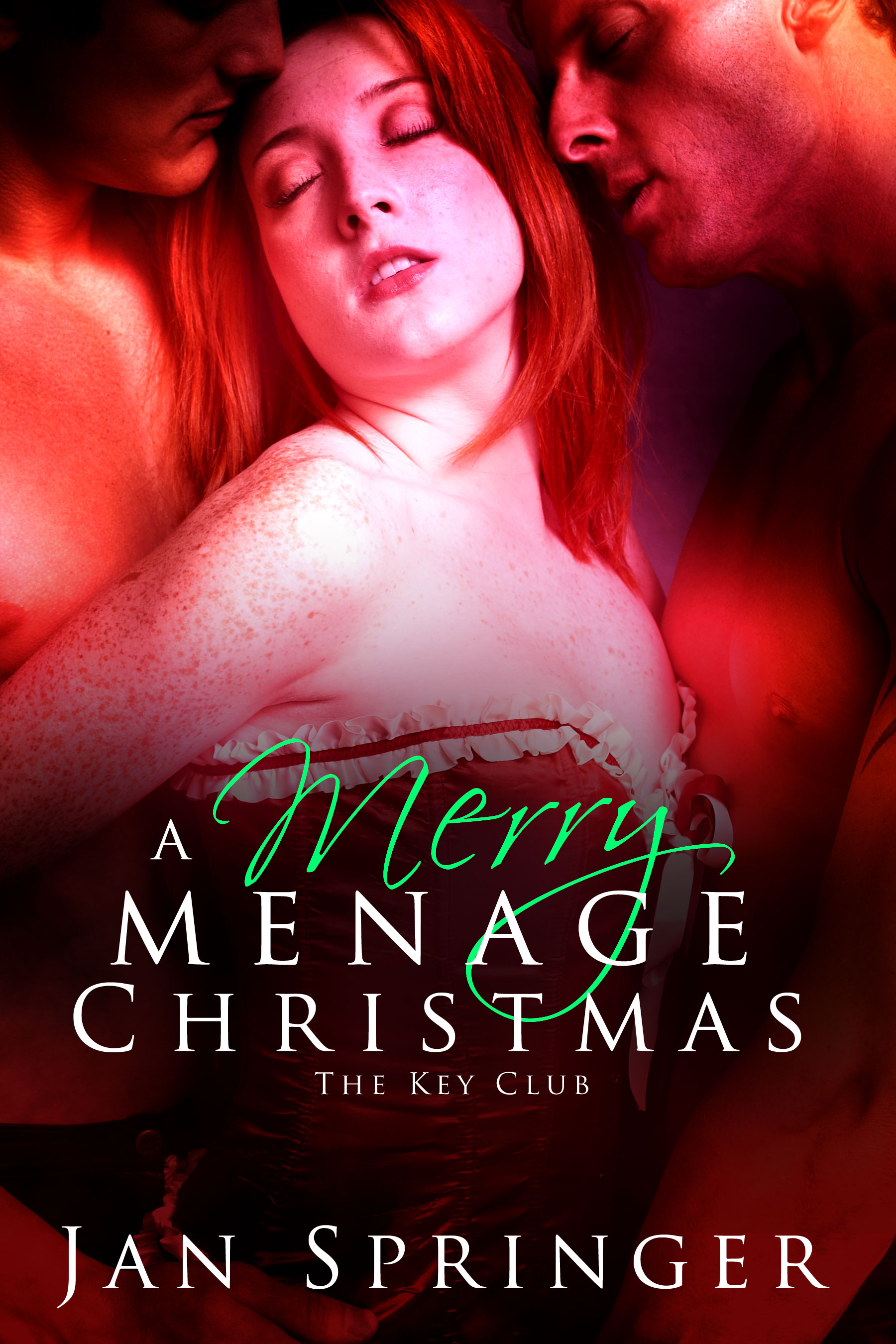 Dr. Kelsie Madison can’t remember the last time she’s had no-strings sex and that’s her clue she’s been working way too hard. It’s time to unwind at the Key Club by indulging in a yummy Christmas present for herself. Something she’s never experienced before - a red-hot ménage.

ER Dr. Ryder Greene and his roommate, physiotherapist, Dixon Flynn love sharing their women. They’ve had their eye on cute Dr. Kelsie Madison for quite some time, but she’s a workaholic and she never has time to play.

When they learn she’ll be at the Santa Claus Ménage Night festivities, they’ll make sure they’re the ones kissing Kelsie under the mistletoe and unwrapping her beneath the Christmas tree. And if they get their wish, Kelsie will be taking them home for Christmas.

Being a participant in the "A Touch of Menage" Boxed Set allowed this story/box set to become a Top 100 Kindle Bestseller, a #1 Kindle Bestseller in the Romance Western, Holiday Fiction, Holiday Romance and Romance Anthologies & Collections categories at Amazon. (English version)

A Merry Menage Christmas was an Amazon Kindle Bestseller in the Kindle Holiday category, for three months and acheived #2 status several times during that time.

A Merry Menage Christmas was also a bestseller at All Romance ebooks and sells well at other etailers in total.

This is Book 3 in the Key Club series.

Books in the series are:


This Christmas Eve make all of your naughty ménage dreams come true. Come and join the Santa Claus Ménage Night festivities at the Key Club.

Kelsie Madison blew out a tense breath as she sat in a secluded corner of the empty cafeteria and sipped her third cup of bitter vending machine coffee. She’d found a stack of Key Club flyers in the doctor’s lounge, of all places, and had stuffed one of the papers into her purse. After picking a cot and trying to catch a nap, she’d finally given up after two hours. Instead of sleeping, she’d been staring at the cute artificial silver Christmas tree set in the corner of the room. The tree with its miniature red and white striped candy cane decorations had kept her thinking about how close it was to Christmas and that she hadn’t even taken the time to do present shopping for her two week old niece.

Frustration and guilt had finally prompted her to get dressed and come here to the cafeteria to grab some coffee.

When was the last time I’ve cut loose and had no strings sex? She wondered as she focused her attention back to the green colored flyer. It had a photo of two young men wearing red and white Santa hats, low-hung red pants with black belts and the traditional black boots. Their tanned muscular chests were bare. Between the men stood a woman wearing a skimpy red dress, its edges trimmed with white fur. The three people were intertwined in a naughty pose and the guys looked so hot in their suits it made shivers of excitement whip through her. Yeah, she needed to go the Key Club and hook up with a couple of guys and engage in some no-strings feeling-sorry-for-herself Christmas sex.