The Singing Contest by Francois Keyser 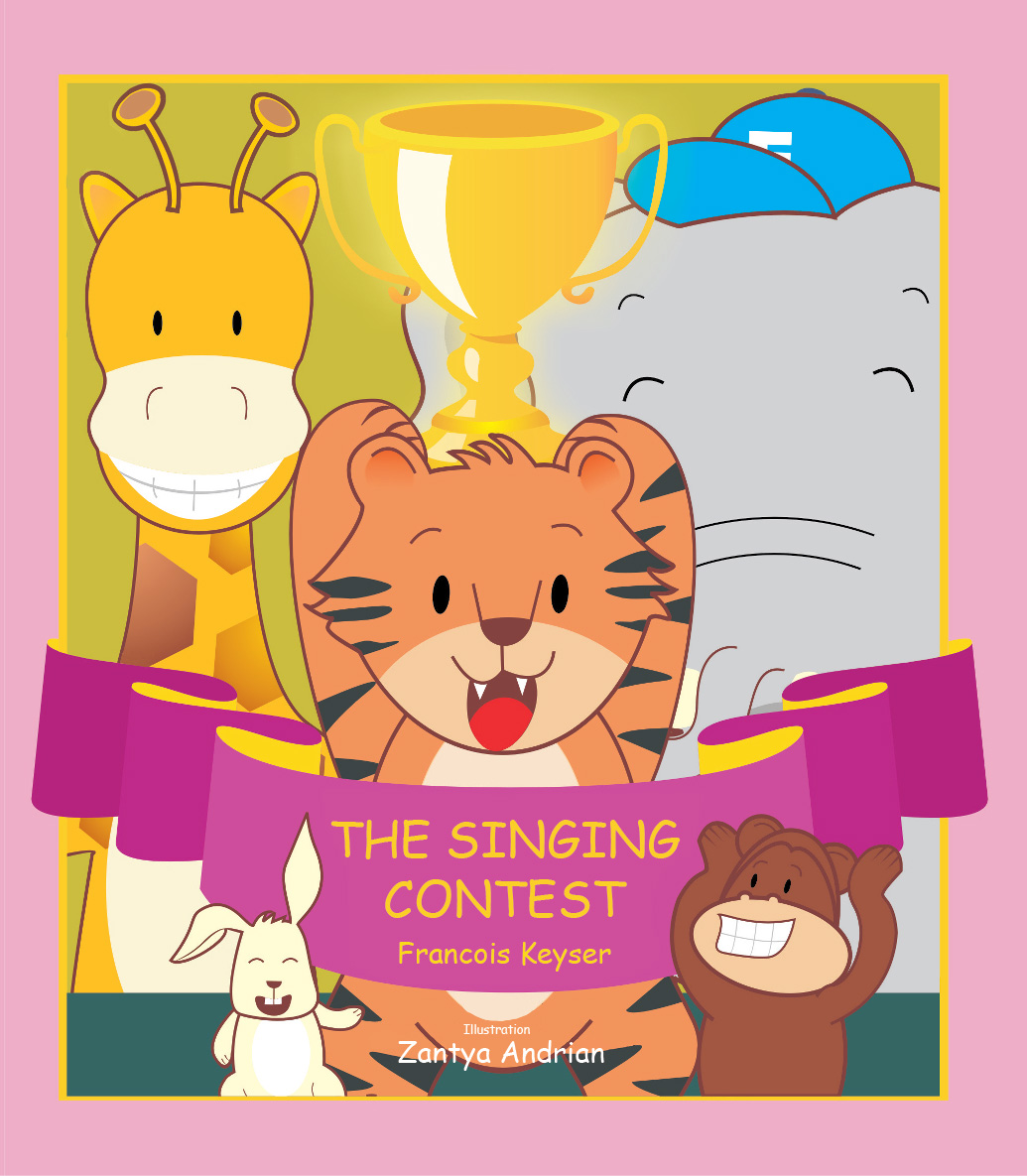 The Junglies learn that there is going to be a singing contest.

They all want to compete separately to win but soon realize that combining their talents might be a better idea.

Do they still have enough time to practice together to win the contest?

Young readers can learn the lesson of teamwork from this story in "The Junglies" series. We are all good at doing some things on our own but sometimes we can achieve so much more when we combine our talents and work together.

"The Junglies" were inspired by the author's eldest daughter.

The books are ideal for young readers bertween the ages of 4 - 8 years old.

The books are ideal to create awareness about endangered species and diversity.

"The Junglies Build A Tree House"


The book is for sale on Amazon and Lulu but no sales figures are available as yet.

“What are the posters for?” Kiki asked Jungle Man

Jungle Man replied that there was going to be a singing contest and that anyone could enter.

Kiki was excited and hurried to tell his friends about the contest.

When the friends heard about the contest, they all tried singing on their own but sounded terrible.

They asked Jungle Man to judge who was the best singer. Kiki sang first. His singing was so bad the friends had to close their ears.

Aga sang next and then Elle. They both sounded terrible on their own.

Then Raff tried to sing but he had stage fright and lost his voice!

Finally Abbit tried drumming with his feet but he was out of tune.

Jungle Man said that he could not say any one of them was the best.

Jungle Man said they should practice together as a team if they wanted to win the contest.

The friends agreed and practiced together.

On the day of the contest they did not win but they got second place!

They all agreed that teamwork was better!