The Junglies Build A Tree House by Francois Keyser

Home is where the heart is....

Sometimes we just need to change our perspective.... 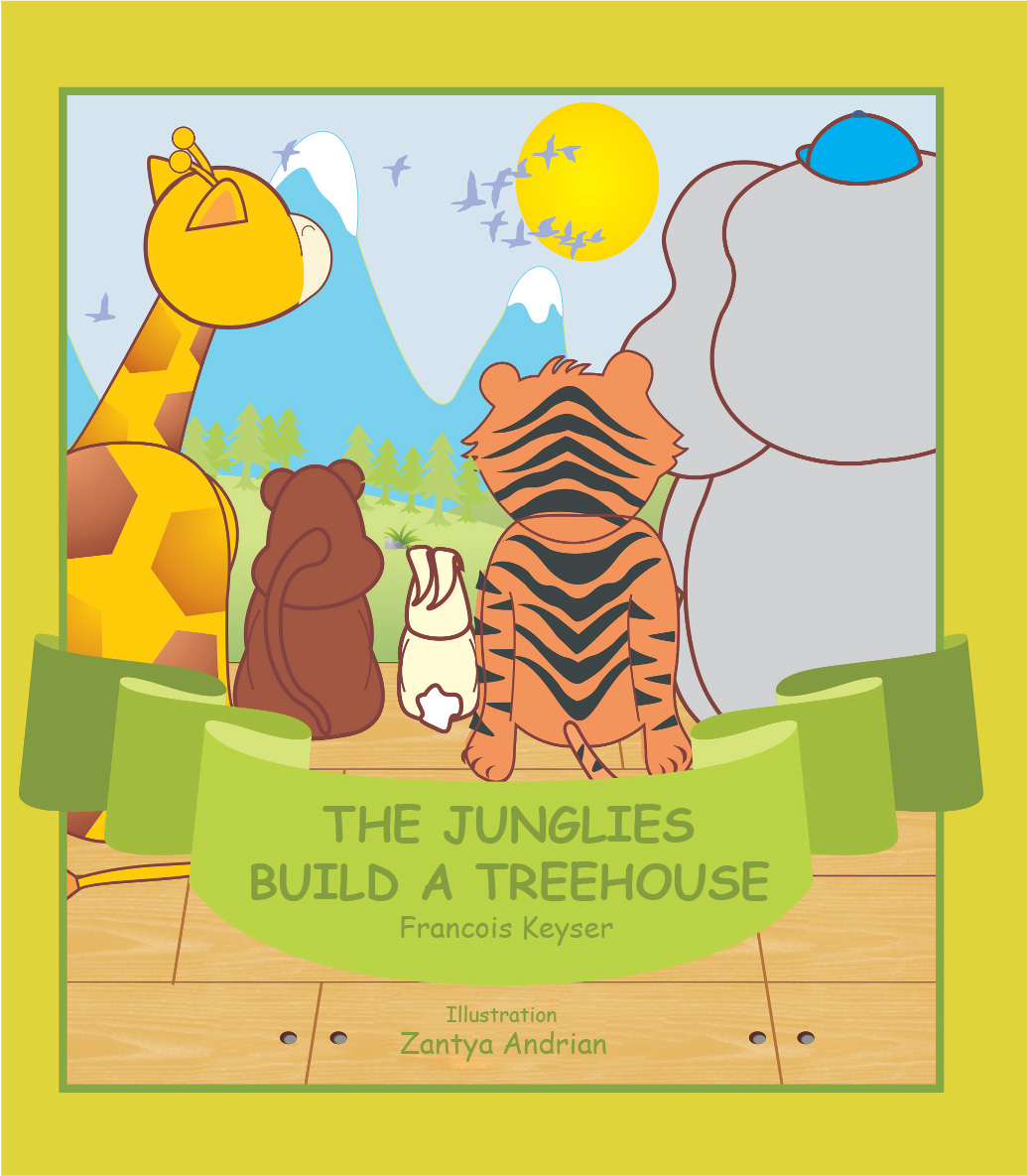 In this book of "The Junglies" series, the friends discover that there are other beautiful and interesting places beyond their home which they want to see.

But they have a problem. They cannot travel. Not being ones to give up easily, they decide to find a way to see other places in the world......

Find out what they do to try and see other places and what they discover instead.....

This episode of "The Junglies" series of books teaches young readers that sometimes we need to change the way we look at things to appreciate what we have.

The themes of teamwork and Unity in Diversity” are present in this book with the friends all being represented by different animals and working together to overcome their challenges and have fun.

"The Junglies" were inspired by the author's eldest daughter.

"The Junglies" series of books are suitable for children between the ages of 4 to 8 years old.


Books are currently available on Amazon and Lul but no sales figures have been received as yet.


The friends were looking at a magazine that Jungle Man had given them.

There were many places in the magazine which looked interesting and they wondered what the world was like beyond their home.

They wanted to see the rest of the world but Jungle Man told them they were not allowed to travel.

They wondered how they could see more of their world when Elle had an idea.

“Why don’t we build a treehouse?”

“If we have a treehouse we can see more of the world.”

“Then we should build a tree house in the tallest tree on the highest hill in the jungle,” said Aga.

“Then we must build it at my house,” said Raff. “The tallest tree is there.”

They all agreed. Later they spoke with Jungle Man and told him about their plan.

Jungle Man was helpful and told them how to build a treehouse.

The friends gathered the wood they needed to build the treehouse.

When the treehouse was finished, Elle and Raff lifted it into the tree.

Kiki fastened the treehouse to the tree.

When the platform was finished, they all climbed the steps into the treehouse.

“WOW!” said Raff. “I thought I see a lot being so tall, but I have never seen anything like this.”

The friends agreed. They were above the tree tops of the jungle and could see all around them.

They could watch the sun rise and set, and they could see the birds flying, the clouds and waterfalls.

They all watched the sun set and agreed that even though there were other beautiful places in the world, theirs was the best.