Running from an arranged marriage, Juliette Dárques’ hides within Vampira, a secret clique of female vampires who live among humans and have sworn off sex with males. 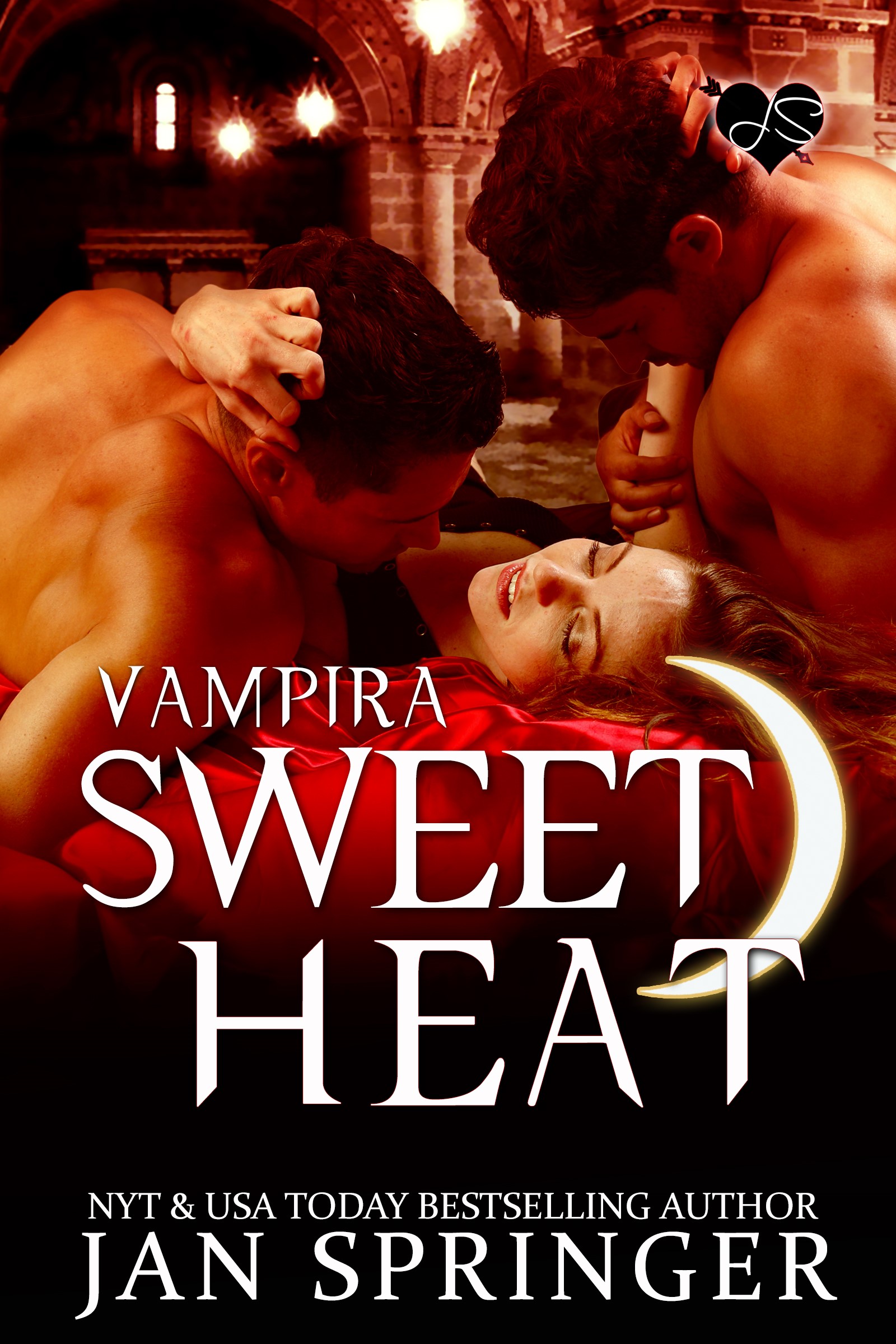 Running from an arranged marriage, Juliette Dárques’ hides within Vampira, a secret clique of female vampires who live among humans and have sworn off sex with males.

Julie thought she was safe until scorching dreams leave her craving every hot, pulsing inch of the two vamps newly hired at the factory she owns. Every night they set her fangs on fire, as they sandwich her between their strong, naked bodies, whisking her into a world of forbidden ecstasy.

Caleb and Zander have always shared a unique bond, which includes the need to share their females. Lately, they've been hungering for Julie...and they plan on seducing her out of her dreams and into their arms.

Other books in the Vampira series:


Sweet Heat was previously published with Ellora's Cave and enjoyed great sales. With the closing of Ellora's Cave the rights have returned to the author. Sweet Heat has just been re-released by Spunky Girl Publishing.

“You will do as your sire instructs and attend your wedding!” Krystal Dárques’ snapped with such vehemence that Juliette couldn’t help but shrink in fear. Her mother’s eyes were sparkling, bright amber, indicating she’d reached the end of her patience with her youngest daughter. Mother Dearest wasn’t the only one ticked off, Juliette fumed to herself. Over the past century, they’d had this fight way too many times.

Tonight, however, things were different. Desperation raged within Juliette, for it was quite literally the eve before her arranged union to two male vamps she’d never met. That she had no wish to go ahead with this joining just so her sire could form one of the most powerful covens in France wasn’t an issue for her parents. It was, however, a big problem for her!

Her older siblings, bless them all, had dutifully obeyed their sire and they seemed happy with the mates selected for them. But Juliette didn’t want happy. She wanted adventure and freedom from the tight constraints of the Traditionalist life. Despite her belonging to the Traditionalists, who forbade single females to roam away from their homes alone, Juliette had snuck out many times to explore the nighttime beauty as well as to meet with other female vampire friends who also defied their parents.

That’s where she’d learned there was a huge world out there with many human women beginning to break free of their restraints. It’s also where she’d learned about Vampira, a clique of powerful female vampires who secretly lived among the humans and took in females who ran from oppressive regimes such as the Traditionalists.