Put on a Happy Face by Terry M. West

A nursery rhyme from Hell. 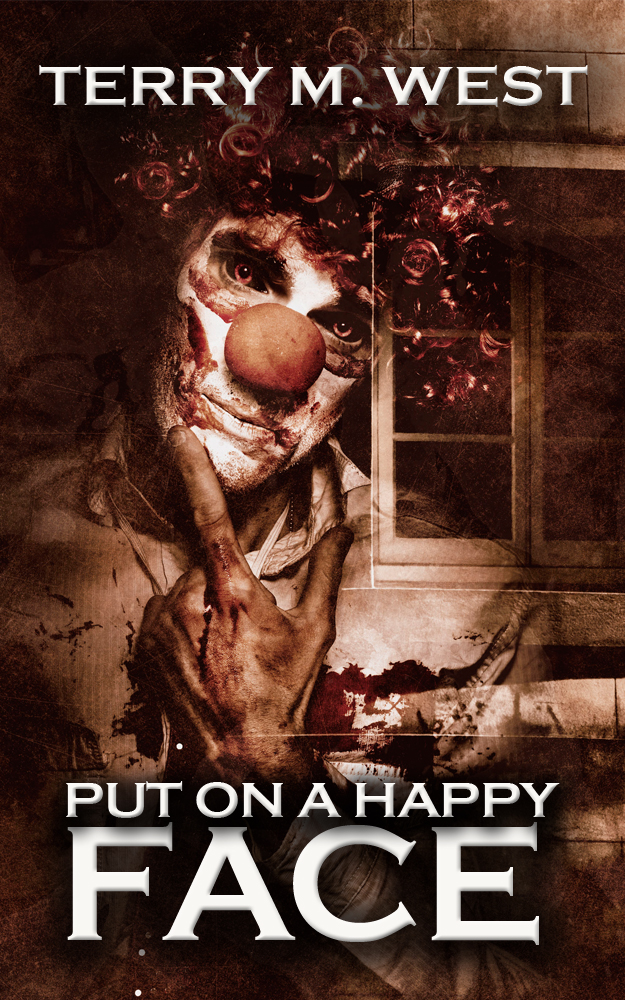 Susie Monroe hides in an old house with her brother, Billy. Billy is a shadow man who wears many faces. But none of them are his.


PUT ON A HAPPY FACE has been read thousands of times since its publication. It has made the #1 spot on the Amazon horror short stories bestsellers numerous times since 2013.


“They locked me away after the accident,” Mr. Monroe continued.  “The explosion had ruined and then reconstructed me, in a bizarre and unanticipated way. I was suddenly a dark mystery that had never been encountered before. I was something that continued, absent of breath or pulse. It scared them, to be sure. And a dissection was forthcoming. I am positive of it. So I had to escape, while I was able. ”

“Mister, I am sorry,” Paul said slowly, trying to hide his growing dread. “I am just not following you.”

“I died, Mr. Jackson. The accident had killed me. But I continued to dwell in the rot. Do you understand, now? Maybe I should just show you.”

Mr. Monroe stood and walked slowly into the light. His body, clad in dirty jeans and a flannel shirt, came first. The skin on his hands that showed was grey and sickly-looking. But that could have been a trick of the weak lighting. The fingernails on the hands were dark, like deep bruises. It looked like a hammer had been taken to them all.

Then Mr. Monroe brought his face into the light. It was a blue and dead face, and it was guided by eyes that looked like tiny red crystal balls full of hate, rage and hunger. The skin on his face was shriveled, and sunken. He looked like a spoiled fruit. It was a corpse’s face.