Memoirs of a Gigolo Volume One by Livia Ellis

Follow Oliver's journey through the world of sex for hire. 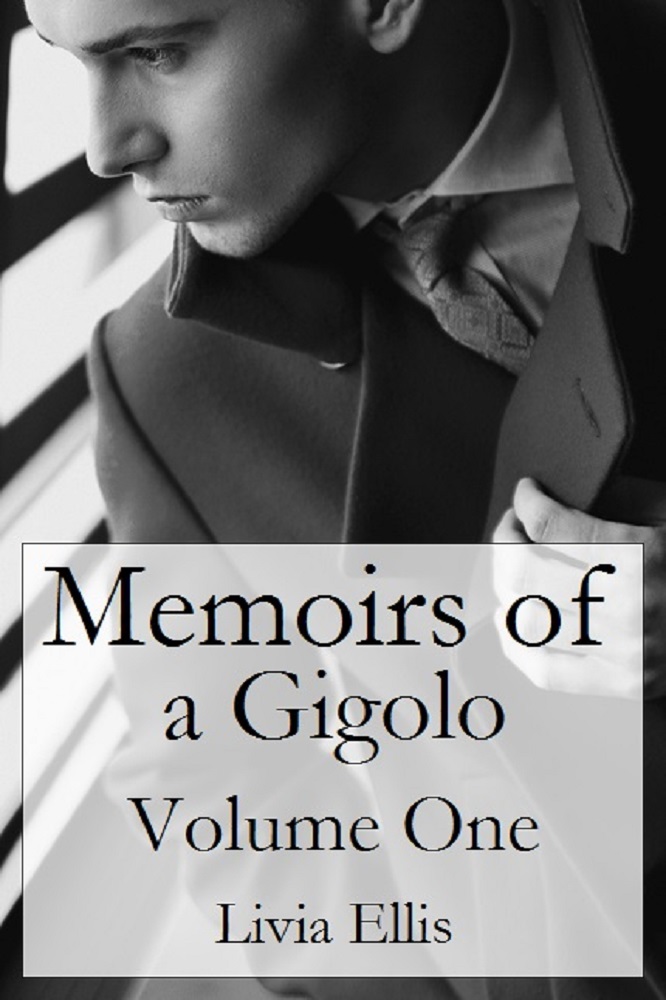 Oliver Adair enjoys a life of women (sometimes men), travel, and sex. Unfortunately these things cost money - something he doesn't have a lot of. When he's offered an opportunity to get paid for doing what he loves, he happily signs on to become a male escort. But first, he has to pass the interview process. The madam of the agency has one of her girls put him to the test. Oliver quickly discovers that in this world, not only is being a mans man a la James Bond still desirable, but expected. By embracing his masculine sexuality, he makes a name for himself in the world of escorts.


My sales are consistently high with excellent rankings. I have had a book featured on USA Today.


If I were to write a personal ad, it would read as follows:

Me – Landed English Lord with country estate. Brown. Green. 6'. 160. Athletic. Fit. Harrow and Trinity educated. Bi-curious hedonist. Will leave no sexual leaf unturned. Adores jet-setting playboy lifestyle. Broke as shit. Seeks wife with embarrassing amount of money and generous nature. In exchange for allowing me to continue exploring my sexuality and funding my extravagance, I will make you a COUNTESS!

You – See above re: wealth. A reasonable level of hygiene and fitness would be a bonus, but not required.

In a perfect world, even broke, I'd be a catch. In the real world, I deflowered a princess, had an affair with a married woman – also a princess, caused two scandals, was dumped by my wealthy fiancée, made a fortune for the tabloids in sales, and, in essence, turned my name to mud. No decent woman would have me. In the pool of women that would normally be considered acceptable, I'm slime. They'll fuck me in secret, but they'd rather wear polyester than marry me. If I had all the time in the world I could probably ride out the storm. But I don't have time. I have taxes to pay on my estate and an empty bank account. The tax collectors have more control over my destiny than I do.

My lack of desirability does not change the fact I need a wife. One with lots of money. So I've had to expand my horizons. Go global.

In the 18th and 19th centuries English lords went to society for wealthy brides. Even the broke ones. They had the season. They went to balls, soirees, entertainments, the opera, and riding in the park in their best. The stuff of romance novels.

The 21st century has complicated things a bit. The roué of the 18th century didn't have to contend with Google. Or Facebook. I despise Facebook