Legend of Loch Ness Monster for Kids: A Mystery in the United Kingdom by Amber Richards 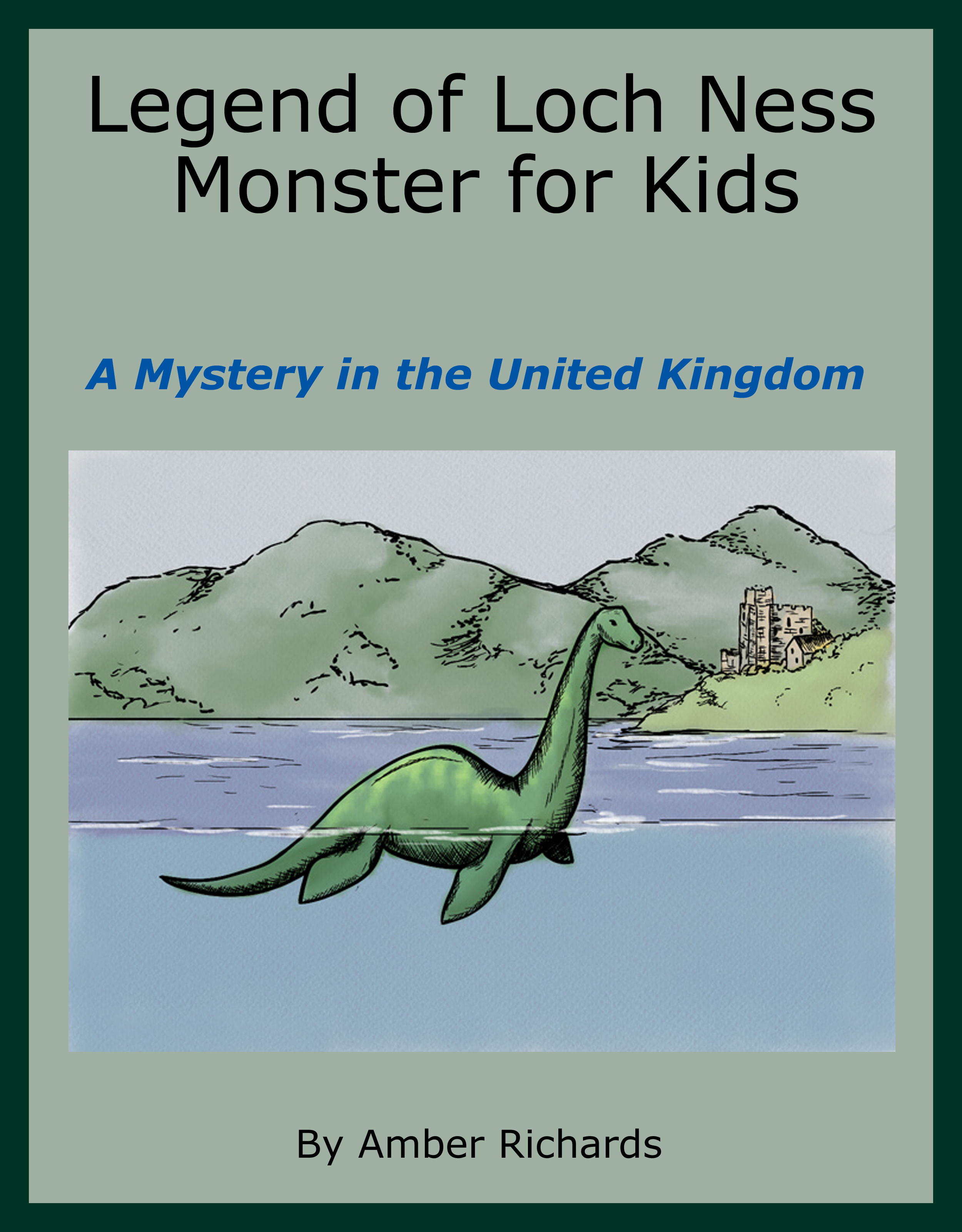 Kids will love this ebook full of myths, fables, legends and scientific studies concerning the Loch Ness Monster, known as “Nessie” for children. It is for ages 7-12 years old, depending on their reading level and interests.


An engaging small chapter book with photos and illustrations that highlights some of the earliest sightings, as well as more recent sightings. The myths, fables and legends encourage their imagination and invite them to add their own theories. This provides opportunity to use critical thinking skills within a fascinating topic. These are presented as myths, and not proven fact. The scientific facts are presented as such as well, being clearly defined between the two. Download your copy now and let the fun begin!

I will be also making this into a paperback edition through Babelcube (hopefully more commissions for your work you do once), and will set up a landing page for this book and promote it (as with all my books)


A fearsome creature lurks beneath the waters of the second largest loch (lake) in Scotland, at least that is the tale that has been re-told for hundreds of years. While most people are familiar with the pictures and stories from modern times, many do not realize these reports date all the way back to the 6th Century. That means for nearly 1500 years people have noticed something strange in and around the waters of Loch Ness.  Scotland is part of the greater region known as the United Kingdom.

Before we delve into the stories of the monster and resulting studies, it is important to understand a little more about the Loch itself. Loch Ness is located in the Scottish Highlands, an area well known for legend and mystery, the Loch is the largest body of fresh water in Britain. The loch itself spans over 23 miles and contains roughly 16 million 430 thousand gallons of water! To reach the bottom of Loch Ness you would need to be able to dive 754 feet, which is possible to dive with the proper equipment and training, but leaves a diver in a dark murky world, where their field of vision is limited to the scope of their underwater lights and torches.

Other facts about Loch Ness:

Tectonic Lake resulting from shifting plates in the earth’s crust 14,000 acres – surface area Loch Ness could contain ten times the current world population.  Due to depth and volume of water the Loch never freezes.  Winter time at Loch Ness can be a bit eerie as the lake appears to steam

Hills surrounding the Loch still rise by 1mm per year.