When God dies, an idiot takes his place! 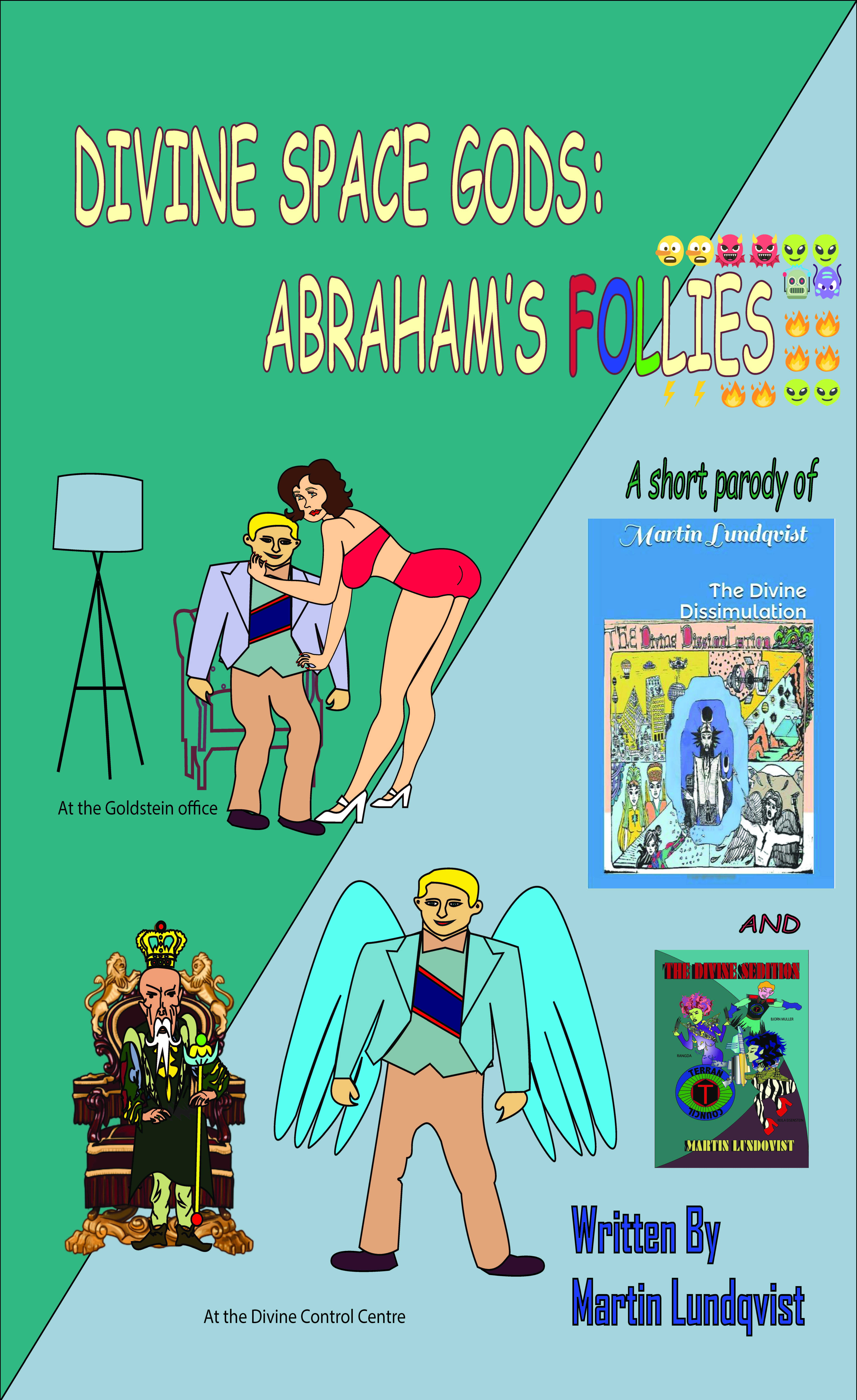 Far enough into the future for anything to be conceivable, the  wealthy and dementia-ridden villain Abraham Goldstein, is defrauded by a shrewd scientist Jack Brown into funding an implausible "secret" project to travel to heaven and meet God! Against all logic the machine end up working and Abraham finds out that the god is dead, and that Yahweh in his suicide letter left the schematics for the mind control chip he used to convince Bronze Age humans that he was a god.

Having these schematics, Abraham sets his mind to a new project: t create an artificial Bronze Age world where he can be "god" over its inhabitants. Along the way, he faces many highly amusing scenarios such as problems with the henchmen union, unfortunate calendar mistakes, malfunctioning orbital super weapons etc. Abraham keeps fucking up things due to his dementia, villainy, incompetent henchmen, and general stupidity until a mentally ill woman shows up out of nowhere and puts an end to Abraham's follies!

Abraham put down his Holy book of Eden, Abrahameon, where he arbitrarily had decided to execute people that dared to work on the 7th day of the week.  Abraham was extra grumpy this day, and it was time to show the Edenites the true and terrible reach of his law! He called in his henchmen Lucifer to have his irks done.

Garr, Lucifer! Prepare to fly down to Eden, It time to punish someone for breaching the 258th commandment!

Do you seriously think I have nothing better to do than memorising all the incoherent nonsense in your “Holy Book”?  Speak clearly, what do you want to be done?

That incoherent nonsense is my Divine Will, and you better memorise it to avoid my wrath and vengeance!
Then again, if I punish you for your insolence, who will help me with my evil schemes?
So, I’ll let you live! Your mission is to find a sinner who is breaking against the rule about not working on the 7th day, and punish this sinner dearly!

Sure thing, boss, but why are you giving me Saturday’s orders already? Today is Tuesday.

I don’t pay you to argue! I pay you to do as I say! Today is Saturday and the 7th day, find a wretched sinner and punish him.

Lucifer sighed, what a pain it was, being the henchman to that old fart!

Yes, master, thy orders will be done!

Lucifer gathered a few of his colleagues to find a suitable victim for Abraham’s misguided wrath. But it was a difficult choice. It was Tuesday, and everyone was working. How was he going to pick one person to punish for working on a Tuesday?