*A story about two souls that have been through a lot. Kaden can't let go of his past. Kyle wants to escape hers and never look back. Together will they be able to move on or will they end up destroying each other?* 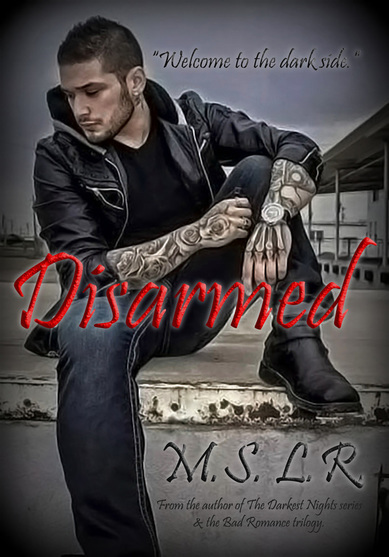 Kyle Simmons is the CEO of Simmons Manufacturing by day. Contracted by ex-girlfriends that were treated badly by their boyfriends, Kyle is the best at ruining lives. And that's her second job, to give those scumbags what they deserve.

But when she meets her next assignment - Damian Alexander, her whole world is turned upside down. She must find the strength within her to get through the job. That is until Damian introduces her to his adopted brother Kaden.

Kaden is the bad boy. He screams sexy and dangerous. He may be every woman's fantasy but he's Kyle's worst nightmare.

Kyle is stuck between a rock and a hard place as she learns more about Damian and Kaden. She has a job to do but there's a hot-devilish rebel that she can't stop thinking about.
What's a girl to do?

I was adopted when I was sixteen.

After living in foster homes and then finally tired of all the bullshit that came with that life. I decided to take matters into my own hands. Of course, that meant I had to start from scratch, the bottom and as you probably know, for people like me it wasn’t going to be a walk in the park.

I ran away from the last foster home and through my school contacts, I was able to get a job. But the job wasn’t something to be proud of. No. That would’ve been too easy. It all started when Ray had me meet his homeboy Jay. Jay hooked me up from the beginning, had me running errands. Pretty much doing the dirty work for him and the rest of his “club” because around me that’s what they called it – a club.

From the start I knew it was illegal shit they were involved in. But beggars can’t be choosers and so you do what you gotta do.

My involvement wasn’t big, thankfully. The hardcore dealing was left for the adults of course, they were after all more experienced. I’m not gonna lie though, those months – almost a year with them, it was rough.

When John Alexander arrested me and for some god forsaken reason, liked me, he decided to welcome me into his home.

Years later, now I helped run a company that I started with my annoying brother Damian. He does most of the business side of things. Not to say that I don’t know how to, he’s just better with people.

My name doesn’t even begin to cover it.

It’s not something I could answer easily with a word or even a sentence. What I decide to give you is for your own damn good.

And right now, you don’t know me.