Things get a bit heated around the campfire when too many hot guys get together. 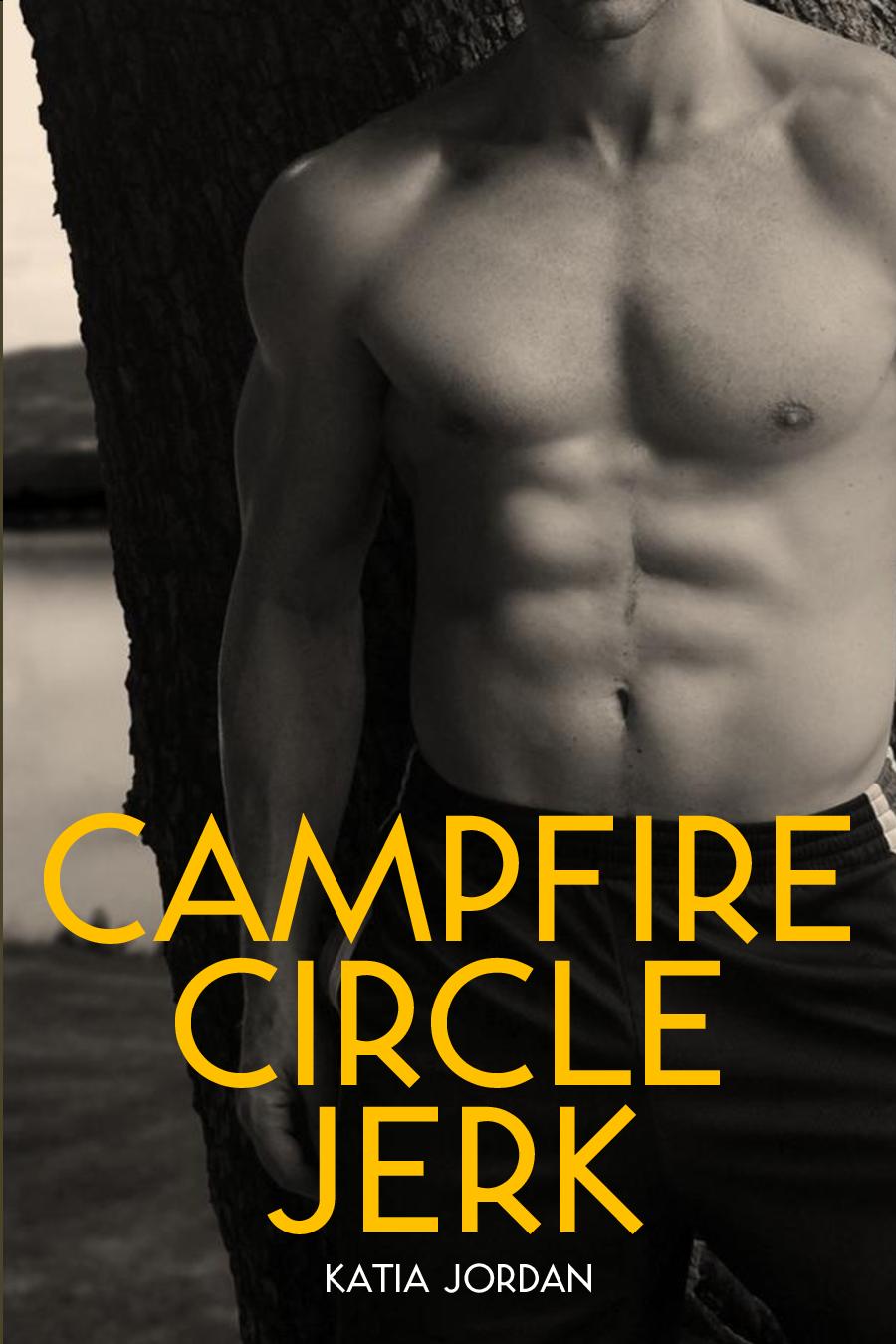 
A couple of the guys around us agreed, and we all took off in the direction of the water.  “Last one there has to carry all the firewood tonight!” Rick screamed, already going ahead at full speed. I increased my pace and ran alongside my brothers until we reached the sandy beach.

I threw my shirt onto a rock, and kicked off my shoes. All around me, the other guys were doing to same. I was down to my boxers, and looked to Rick on my right. Were we going in naked? Rick shed his own skin-tight briefs, revealing a muscular ass below before he ran into the water.

I watched Rick’s bare ass disappear under the water, shed my own underwear and followed him. Rick was my Big, and had guided me through pledging, and was helping me get used to the ways of Sigma Rho Delta. We had bonded over late night keg parties and even a bit of studying. I’d never seen him naked before, though. His was fit, very fit. I tried not to stare at Ray, or any of the other guys as I waded into the water. It wasn’t cool to stare at another guy’s junk.

There was a cold, wet splash that landed on my ear, making me tense. I turned to see Greg grinning behind me. “Oh, it’s on!” I said as I charged through the water at him. I sunk my arm under the surface of the water, and brought a wave crashing onto Greg’s stomach.

Greg retaliated by lunging towards me and crashing into my side with enough force to knock me off my feet and under the water. From under the surface, I flailed wildly until I made contact with a part of Greg under the water. It was smooth and long, and as soon as I touched it I knew it was his dick. I let go and swam up to the surface of the water.