Born a writer, studied to be a translator! 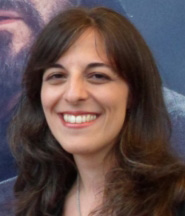 I started writing on the walls of my house when other children drew pictures, before I even started going to school. I was taught English as a child by mothertongue teachers and I have been studying English and French, along with my own mothertongue, Italian, ever since.

In between school and university, I worked as a voluntary translator for many associations (Amnesty International, above all) and also published a few of my translations with them (mainly ENG>ITA) and also did a bit of work as translator and interpreter for local firms (prefabricated buildings, organic certification, ads).

As a writer I have participated in a few contests (second place in one of the Alliance Française's local contests for French short stories; among the 40 best short stories for the contest "La Notte dei Mille Racconti" and the short story was publicly read by an actor during the event). I've also been part of an Italian site, Il Rifugio degli Esordienti, both as writer and reader for the program "Lettura Incrociata" and later as coordinator of one of its sections (Novels), acquiring experience in editing and publishing assessment.

For my graduation I presented the final work: "Ritratto d'Italia. Emilio Cecchi al Manchester Guardian (1919-1925)" ("Portrait of Italy. Emilio Cecchi at the Manchester Guardian"); for my post-grad I presented my thesis: "A. Casella, Southfalia e l'Illusione dell'Abbondanza. Tra Allegoria del Vecchio Mondo e Satira del Nuovissimo" (A. Casella, Southfalia and the Illusion of Abundance. Betweem the Allegory of Europe and the Satire of Australia). Both jobs included a great deal of translating fom English to Italian and the latter, in particular, led to an ongoing cooperation with the published writer Antonio Casella, for whom I revised the translation in Italian of his book "The Sensualist" and I'm currently looking for a publisher for it.