The Determined Duchess by Erica Monroe

Death is just the beginning in this dark, chilling Gothic Regency Romance... 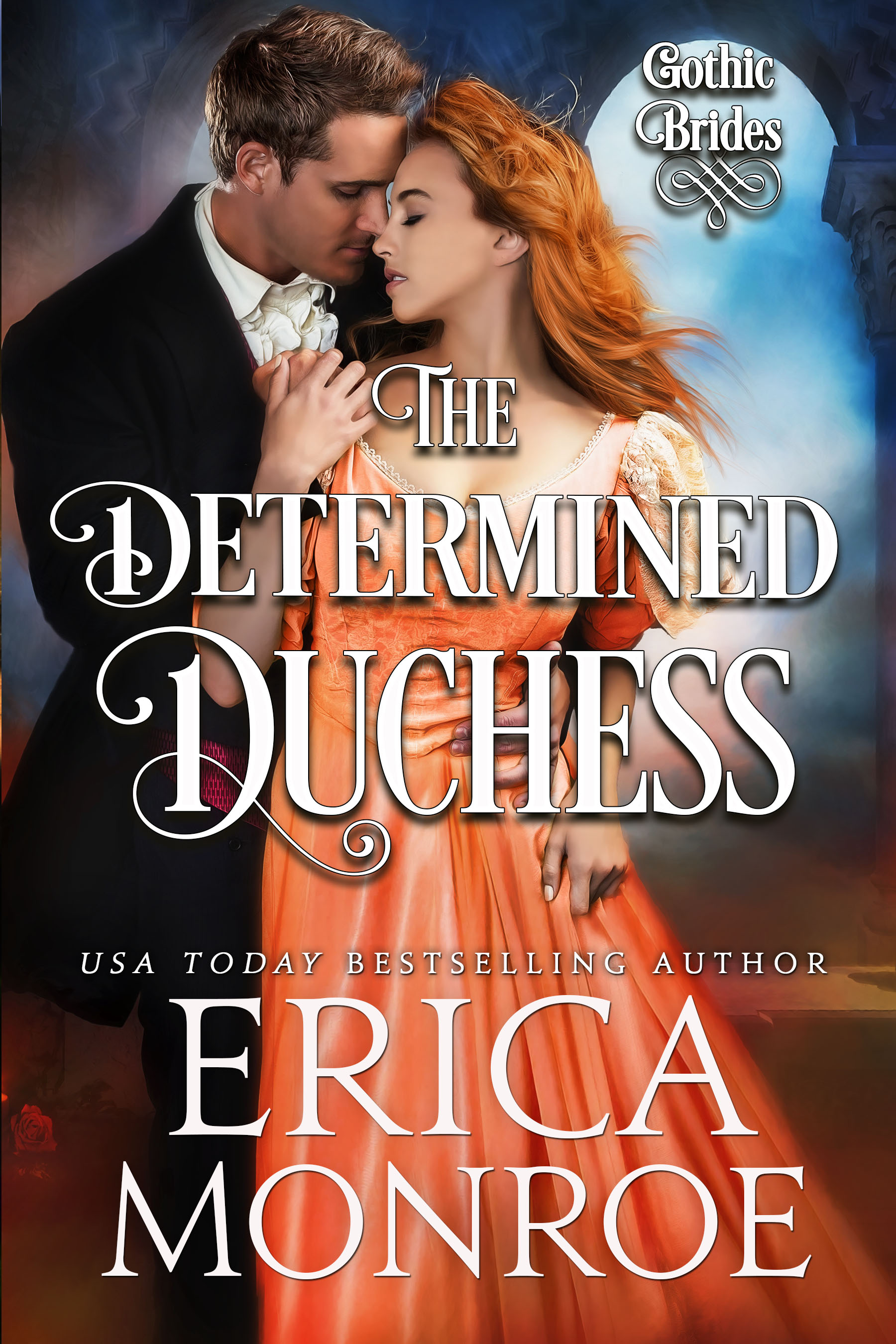 Death is just the beginning in this dark, chilling Gothic Regency Romance...

After the death of her beloved guardian, Miss Felicity Fields is left adrift, her future uncertain. Grief-stricken, she launches a plan to use her knowledge of alchemy to build a Philosopher's Stone, and bring back to life the woman who was like a mother to her. The last thing this blunt bluestocking needs is the return of Nicholas Harding, the Duke of Wycliffe and rightful owner of her home on the wild coast of Cornwall. He stirs an unexpected passion within her, and Felicity has had enough change in her life.

When they were children, Nicholas never understood his aunt's brilliant but unemotional ward, or her many strange scientific studies. He ought to take her back to London, so she can make a proper society match--except he can't stop thinking about her. But with the line between life and death blurred by Felicity's macabre experiments, can he convince her that she's no longer alone, and her proper place is by his side?
---
Previously released in CHARMED AT CHRISTMAS


Death had taken everyone Felicity Fields had ever loved.

But soon, she’d have her revenge. She was so close to figuring out the formula for the Elixir of Life—an ancient alchemical serum that would not only give her eternal life, but provide healing powers.

And if she was lucky, she’d be able to use that serum to bring back those she loved from the choking grasp of Death by a process called palingenesis.

This morning, as she hiked the familiar path that marked the end of Tetbery’s land and the beginning of the great wide Atlantic Ocean, she couldn’t shake the onslaught of memories. Six months had passed since the death of her beloved guardian, the Countess of Tetbery. There was only so long that her special blend of preservation chemicals and the cold stone mausoleum could slow the degradation of the body. If Margaret’s corpse slipped too far past the point of viability, all of her research would be for naught.

And Margaret would be gone forever, leaving Felicity alone.

She gritted her teeth against the cold, wishing she could turn back the clock to last year, when the countess had been alive and well. Christmas had always been Margaret’s favorite holiday—and the house had reflected it, with evergreen wreaths upon the doors and garland wrapping the stairwell. Everywhere Felicity turned, there’d been holly berries and gold ribbon.

But she couldn’t bring herself to decorate this year. Not without Margaret. The estate was barren—white cloths thrown over furniture in rooms Margaret would have aired out for her annual Yuletide celebrations, darkness in passageways she would have lit with beeswax candles.

It was as if the house mourned Margaret, just as Felicity did.

Not that the house was Felicity’s to control. Everything at Tetbery Estate belonged to the Duke of Wycliffe.