Languages, flags and maps have always been my passion. It is no wonder I graduated in Foreign Affairs at a Brazilian university. 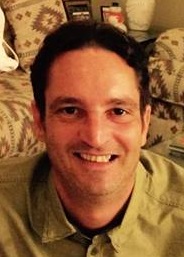 I am a Brazilian born to an Argentine mother who lived many years in the United States and went through all four years of high school there and then some college. I have a B.A. in Foreign Affairs obtained at a La Salle University in Brazil. I am native in both Portuguese and English and also fluent in Spanish. I have read many books in all languages and I have many years experience in teaching, translating and subtitling mainly in English and Portuguese.

My experience with languages began as my grandmother would speak Spanish to me when I was born in Brazil, my first word was actually in Italian - Nonna - or Grandma. Being friends with a German kid who had lived many years in the United States made me want to learn both languages, but English was the only possible one to study at the time - I do have studied some German in my life. My proficiency came when my family moved to the U.S. in my teenage years and my first and main goal there was to learn the language. I have since studied a lot of Spanish, Italian, some German and a little French, but English and Spanish were the ones that really stuck to me so far (I am sure not done yet). Part of my Spanish came from living a few weeks in Argentina and a few months in Paraguay, where I learned a few expressions in Guarani.

During my years of college in Brazil I was considered the class "official translator" once the majority of texts and books were in English and others in Spanish. I even did some proofreading to a couple of professors who were presenting at an International Studies Association meeting. As Portugese writing skills are concerned, my mentor professor stated that I write with finesse and it is very pleasant to read my work.

Along my professional life I have aided some politicians who spoke no foreign languages whatsoever and travelled a lot or wrote many blog articles that needed some type of translating, like an article or an editorial from some foreign newspaper. I also translated some videos from Spanish and subtitled them.

There is a lot to say about me, but I prefer my work to do the talking instead. I already have eight books translated here and I want to start translating again, which was my idea ever since I started translating in college, I just did not know how!