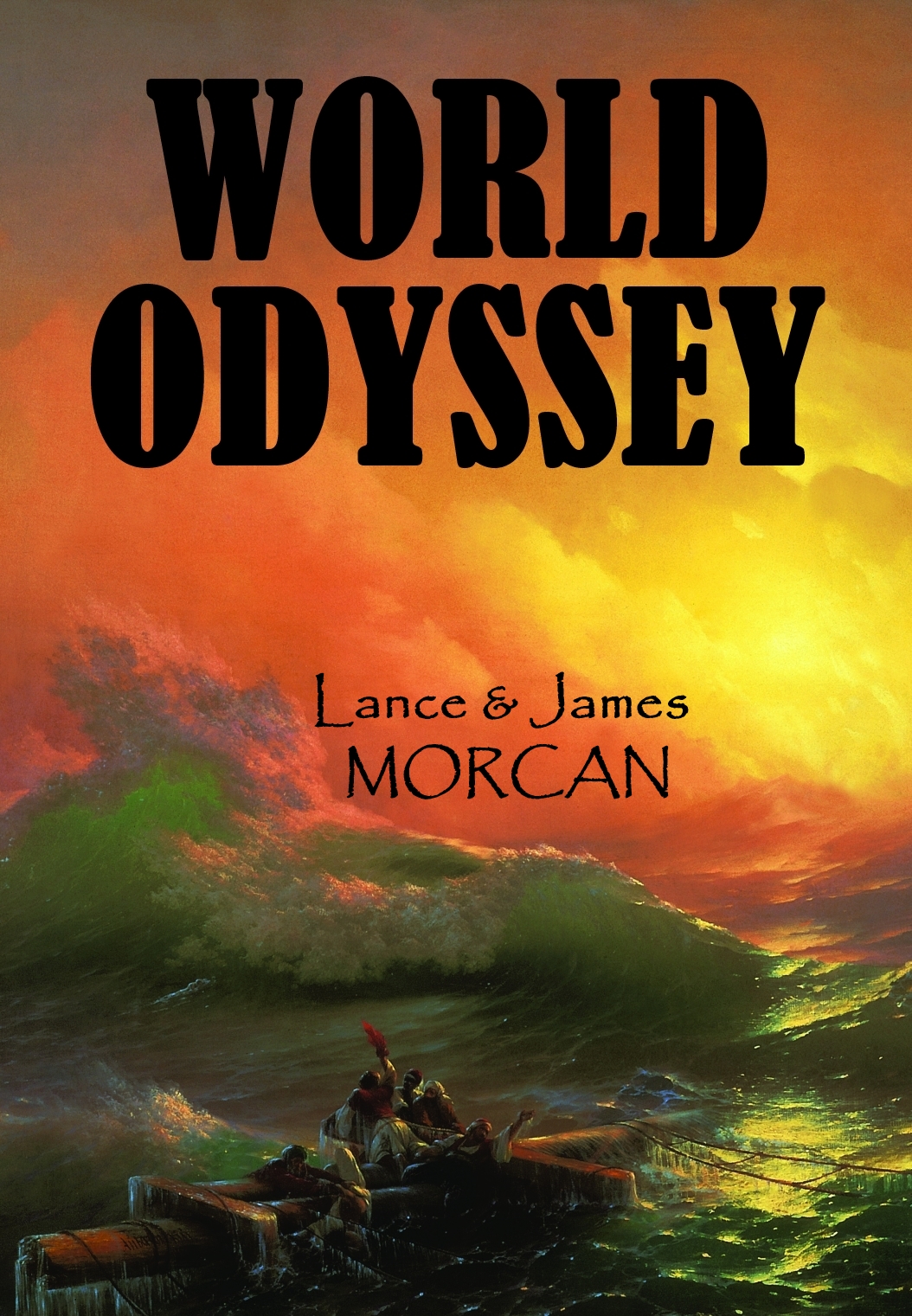 Set in the 19th Century, World Odyssey follows the fortunes of three young travelers as each embarks on an epic journey. Their dramatic adventures span sixteen years and see them engage with Native American Indians, Barbary Coast pirates, Aborigines, Maoris and Pacific Islanders as they travel around the world - from America to Africa, from England to the Canary Islands, to Australia, New Zealand and Samoa.

Ambitious American adventurer Nathan Johnson's journey begins when he runs away to sea to escape a violent father. After surviving a shipwreck and enslavement by one of the indigenous tribes of America's northwest, his stocks rise and he becomes a successful trader. When Nathan decides to visit Fiji to trade muskets to the natives, he doesn't know it but his fortunes are about to change again.

Sheltered English missionary Susannah Drake's journey begins after she agrees to accompany her clergyman father to Fiji to help him run a mission station there. They endure a nightmare voyage they're lucky to survive. When Susannah finds herself sexually attracted to a young crewmember, she is forced to choose between her forbidden desires and the life her father has mapped out for her.

Irrepressible Cockney Jack Halliday's journey begins when he steals hemp from an unscrupulous employer who owes him outstanding wages. For this he's sentenced to seven years' hard labor in the British penal colony of New South Wales. Jack escapes to Fiji only to be tracked down by a bounty hunter employed by the British Government to round up escaped convicts.

After traveling thousands of miles and experiencing the best and worst that life can offer, these three disparate individuals eventually end up in the remote archipelago of Fiji, in the South Pacific, where their lives intersect.

The trio's adventures continue in Fiji: A Novel, book two in The World Duology.


WORLD ODYSSEY (The World Duology, #1) has received excellent reviews and sales via Amazon since its publication as a Kindle ebook. It consistently ranks highly in Amazon's Historical Fiction and Action & Adventure categories, and, with an average review rating of 4.7 out of 5 stars, it is one of the Morcans' best reviewed novels.

The recent release of the paperback version of the novel has further boosted sales and its profile.

Here's what Amazon reviewers are saying about World Odyssey:

"Well-written and the set-up was descriptive which made it very easy to visualize." -R.L. Archie

"I would highly recommend this book. Very interesting stories about three characters and their trials and tribulations! Hard to put the book down." -J.J. Zorts

"This book is exactly how historical adventures ought to be written!" -Roxana Scurfu

"A great read, I loved this book and certainly recommend it." -Pat O'Meara

Fiji: A Novel, book two in The World Duology, has been adapted to a feature film screenplay and the Morcans have put it into development with their production company Morcan Motion Pictures. The release of Fiji, the film, is expected to boost sales of both books in the duology.


The caravan of horses and horse-drawn carts left trails of dust as it negotiated the fifteen miles between Sydney Town and the penal settlement at Parramatta – and the sun beat down relentlessly on prisoners and soldiers alike. Blue sky disappeared behind bush-covered hills far to the west. In the shimmering heat, a local phenomenon gave the hills a bluish appearance. In between the hills and the caravan, the dry earth was dotted with towering, tinder-dry eucalyptus trees – locally referred to as gum trees.

For the soldiers who had acclimatized to life in the colony it was just another day; for the prisoners who had survived the nightmare voyage from Britain it was hell. Several prisoners fainted in the heat and all suffered varying degrees of sunstroke. Their military escorts showed no concern for the plight of their charges.

Taking in his new surroundings, Jack told himself he wouldn’t mind a penny for every gum tree he could see. I’d be a wealthy man indeed. Kangaroos drinking by a billabong, or freshwater pool, caught his eye. Suddenly disturbed by the appearance of men and horses, the strange animals hopped away. One of the females had a joey, or baby, in her pouch.

Not a hundred paces from the caravan, a lone Aborigine stood as still as a statue. Naked except for a loin cloth, he carried a spear and spear-thrower. The latter instrument was used to help throw the spear further than anyone relying solely on their throwing arm could achieve. The native was covered in the white markings of his tribe. These contrasted with his black skin yet enabled him to blend in with his surroundings. He was almost invisible. Like others of his race, he was lean and sinewy. Jack guessed, rightly, that he could run all day and barely tire. Looking at his fellow prisoners, he noted none had seen the Aborigine.

“Hey!” a sharp-eyed corporal shouted, pointing at the native. “A black fellow!"