You will shocked to find out what’s going on in the Jewish world. 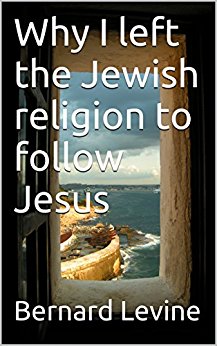 I’m sure you are going to be very surprised to learn that in most Jewish homes, you won’t find a Bible there.
But, isn’t it very strange, you might say….that how come the nation known as the ‘People of the Book’ do not possess a Bible in their homes?
What is even more surprising is although you would think that the Jewish people follow and know the Scriptures well, the shocking real truth is that most of the old testament books are a mystery to the Jews because they do not know and have never seen the prophecies about Jesus in the books such as Ezekiel, Isaiah, Daniel and Malachi.
And, did you know that Jews do not know what they are saying when they are praying, as most Jews cannot understand Hebrew.
So now, I suppose you must be wondering how do Jews get rid of all their sins if they don’t believe in Jesus Christ? ... what do Jews believe is the way to get to heaven?
You will shocked to find out what’s going on in the Jewish world.


Let’s look at some of these weird and strange laws….

Jewish men are not allowed to hear a woman singing because they feel that a woman’s voice will turn them on.

And Jewish men cannot shake hands with the opposite sex.

When it is raining on the Sabbath, Jews have to walk home from the synagogue in the rain because they are not permitted to carry an umbrella on the Sabbath.

Imagine how hot it must be in days of extreme high temperatures, for married Jewish women to have to wear wigs to hide their natural beauty from other men.

And then there are the ultra orthodox men who will not allow you to take photos of them.

Jesus told them ‘you have made the laws of God of no effect, following the traditions of men’.

It is very sad that Jews do not know the meaning of grace.

They are stuck with the laws that no man can actually keep.

Why do the Jews have to follow the 613 commandments?

What do the Jews believe?