We Know You Are Watching by C J Edwards 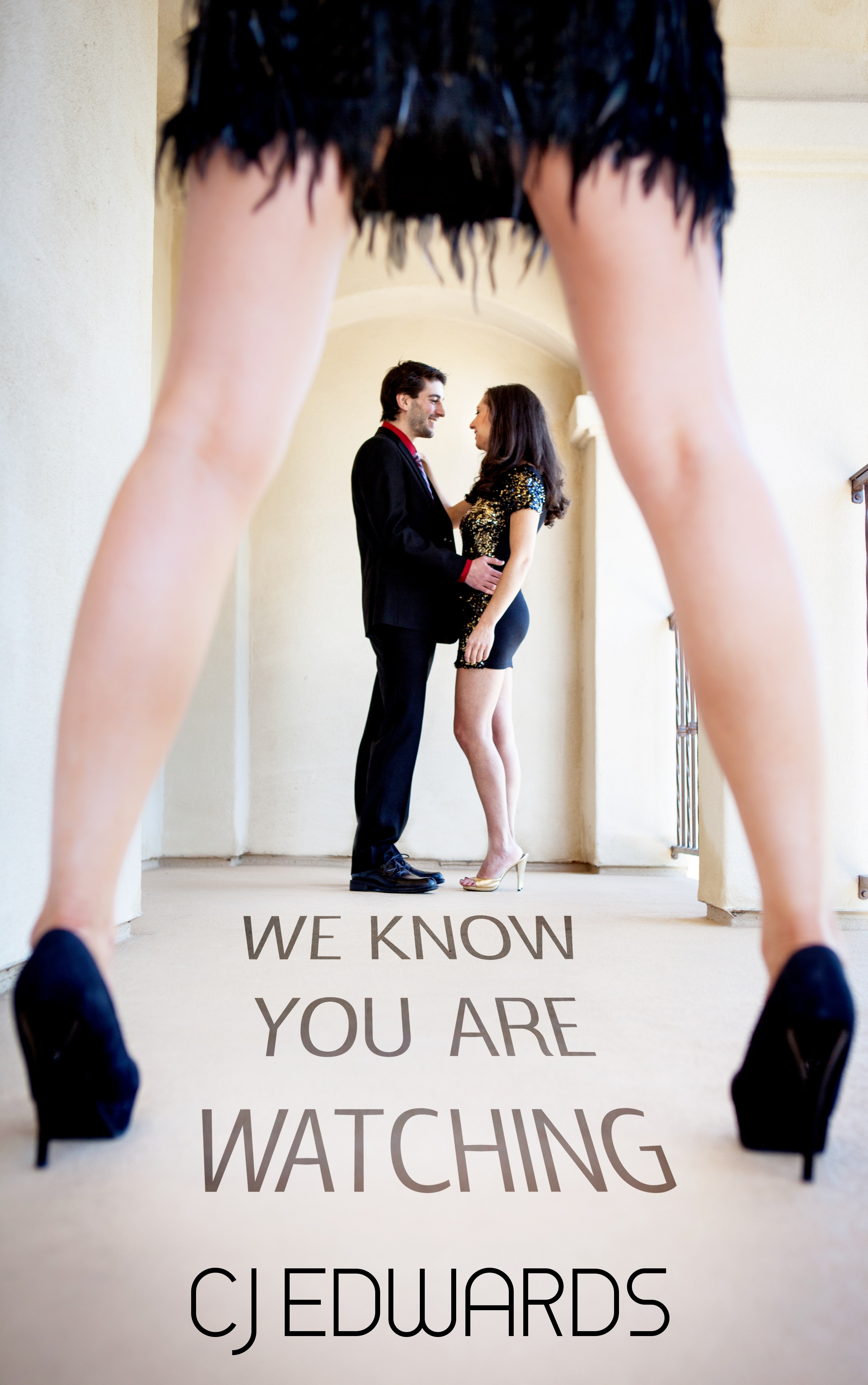 I was a normal, hard-working girl in my thirties. Yes, the biological clock was ticking but far more relevant – I was gagging for it! My sex-life was as barren as the Gobi desert! Then, I happened to accidently spy on my neighbours having sex. I instantly became a pervert! One thing then led to another…!

Once I had caffeine inside me, I made the bed and opened the curtains and then nearly jumped out of my skin. Dave was there and staring right at me with a smile on his face. He was dressed, sort of, with jeans on but no shirt and I couldn’t take my eyes off his broad chest. He looked like a model. He grinned back broadly and then held up a finger, telling me to wait, before reaching down, out of sight and picking up a large card. It took me a moment to focus on the card and then I nearly dropped my coffee. It had large, black writing that had been carefully inked by hand and it said:

WE KNOW YOU ARE WATCHING!

For a moment, I didn’t know what to do. I was just frozen to the spot. Dave enjoyed my reaction and as I looked back, Beth joined him, dressed in a short skirt and bra. She linked her arm into her husband’s and smiled warmly back. She was gorgeous.

I had to do something. Holding up a finger like Dave had done, I scrabbled around in my stuff to find a large notebook and pen. Then I scribbled quickly on to a double page and held it to the window:

BUT YOU ARE JUST SO GOOD!


One of almost 400 highly successful erotica ebooks published in English and now available for translation.


For about twenty minutes, I hid in the shadows of my kitchen as my neighbour had his cock sucked by his beautiful wife. She was a petite lady with a good rack, as I soon saw, when Dave removed her clothes above the waist. I could make out the hollows in her cheeks as she sucked harder than a Dyson vacuum cleaner, her firm titties wobbling just a little as she enthusiastically bobbed her head up and down. Dave was content just to receive pleasure for a while until he took control of his wife in a masterful way.  I watched him fuck Beth’s pretty face as he held her head tightly in place and my mind wandered until it was me over there on my knees, being used by this wonderful man.

All good things come to an end and there was no way this virtuoso performance could last for too much longer. And despite the distance between us, I witnessed every moment of this glorious eruption. Holding her so tightly, there was no hope of moving, even if she wished, he rammed himself right down her throat. The girl took it like a trooper as he blew load after load in her, before finally releasing her.

Beth licked her lips and glanced out the window. I ducked back out of sight, so she didn’t see me, but she appeared to wink in my direction. That scared the crap out of me for a moment until I collected my senses and realised there was no way they could possibly see me. When I peeked back around the wall, she had her husband’s cock in her fist and was licking it like a lollypop. Dave enjoyed that for a minute or two, before pulling his wife to her feet and throwing her dramatically over his shoulder, giving me a quick view of that firm but round behind in a business skirt.