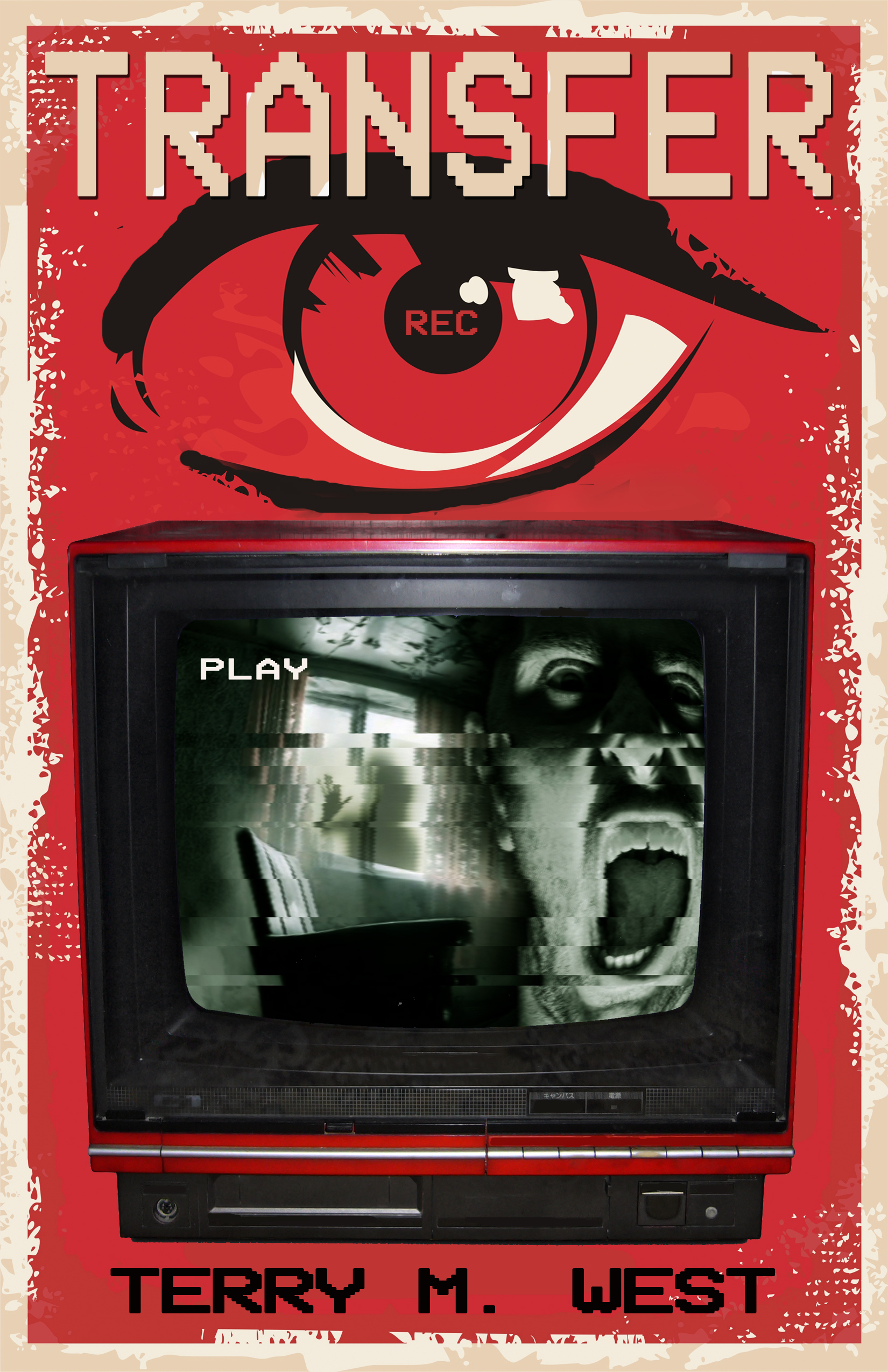 Prepare to scream forever! Howie Payne and Nick Enlow work the midnight shift at Big Carl’s Video Transfer and Media Services. An odd AVI clip begins to appear in their public drive on a nightly basis. At first Howie and Nick think it’s a serialized art house horror film someone on the day shift is sending them in secret. As the clips progress, however, the now obsessed duo discover something deeper and darker in the videos. Horror author Terry M. West would like to introduce you to the Green Room and its primary occupant, The Screamer. Transfer is a new novella of absolute horror by Terry M. West.


TRANSFER has moved a decent amount of copies and had been reviewed favorably many places:

"This story gets under your skin and in your head."-Bob Milne, Beauty in Ruins
"Transfer is a genuinely unsettling nightmare for the nothing digital is safe era."-Zakk Madness, Night Worms/ The Eyes of Madness
"It's original, brutal, and downright horrifying." -Destiny Barber, Howling Libraries
"The Screamer is easily one of the creepiest creatures in recent memory. Highly recommended." -Duncan Ralston, author of Ghostland
"[Transfer will] sit easily in my top reads of the year."-Steve Stred, Kendall Reviews
"This is next level material and should be considered essential reading for horror fans"-DS Ullery, author of Beyond Where the Sky Ends
"Transfer is a short punch of horror that grabs hold and doesn't relent--even after the story ends."-Thomas S. Flowers. author of the Planet of the Dead series
"Great novella. Great characters. Great creature. You'll have fun with this one."-Shaun Hupp, Maniacs with Knives
"Terry M. West's Transfer was a delight."-Adrienne Clark, Phantastiqa

“Is this a sudden epiphany?” Howie said. He babysat a tape in the beta deck that was transmitting to the public drive. Howie prayed it didn’t get eaten. He wasn’t in the mood to splice tape. There was a slight whine that sounded like the belt on the loading motor of the deck was going. He’d have to crack it open if the sound worsened.