Combining two train crashes, with a motive for cause of the second crash, the story opens with a train crash that happened in 2011, near Reno, where a semi crashed into a train car on the West-bound California Zephyr Amtrak passenger train. 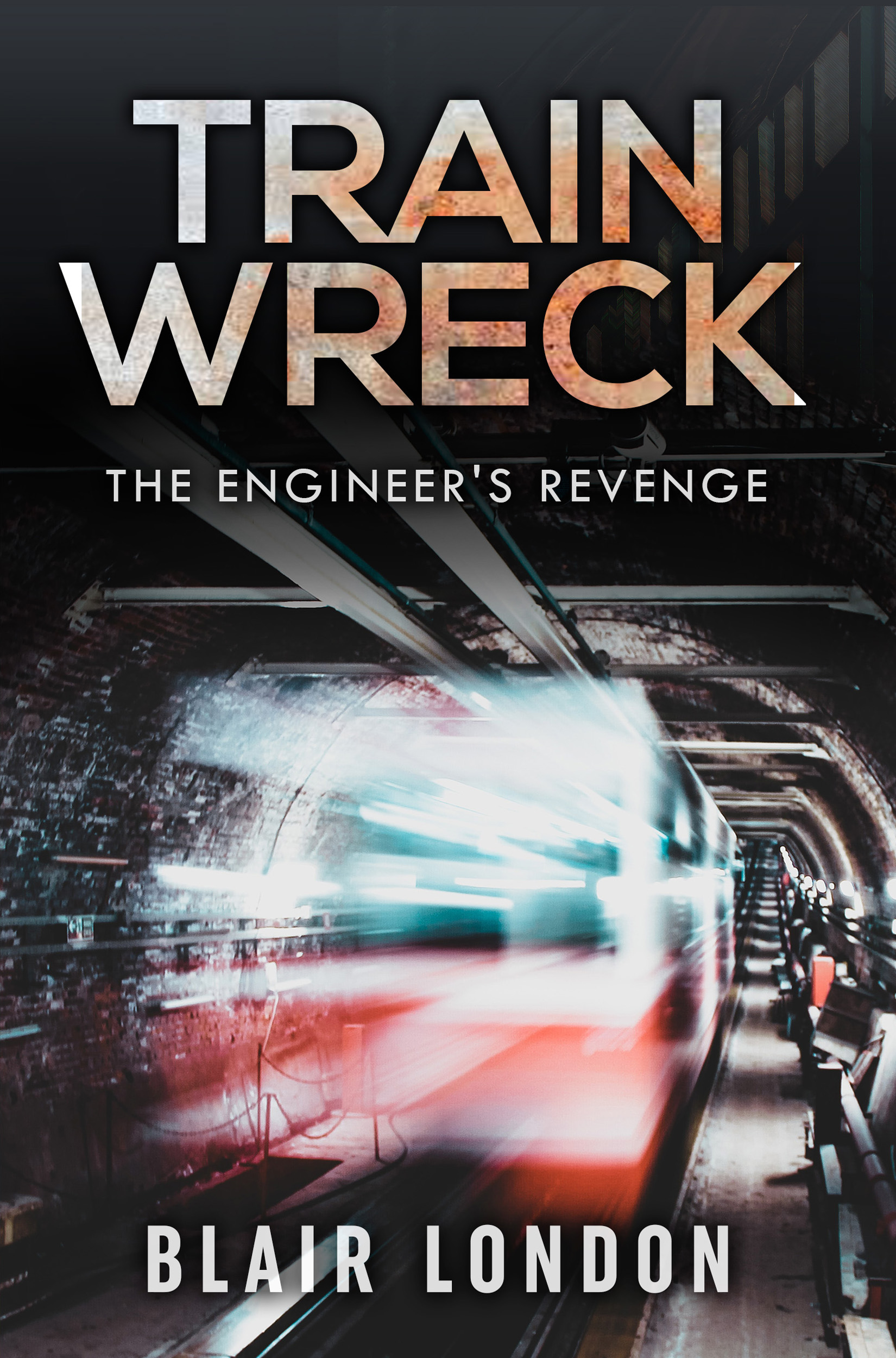 A serious crime facing American society is now a crime/thriller. Combining two train crashes, with a motive for cause of the second crash, the story opens with a train crash that happened in 2011, near Reno, where a semi crashed into a train car on the West-bound California Zephyr Amtrak passenger train.
Ben, an engineer, was sitting in Our Bar when he heard the horrific news of the train crash. He runs out of the bar, with his best friend Mark following him, and learns that his girlfriend, Christy is permanently blinded by the explosion from the crash. He vows to take care of her, but Christy doesn’t want him to, goes into a depression, and ends up taking her life. Earlier that same day, Ben discovered a new surgery to restore eyesight. He rushes home to tell Christy, only to find her dead by overdose of sleeping pills. Ben becomes obsessed with his love for trains, uses another engineer for her knowledge of the inner workings of them, and then orchestrates another train crash, leaving all but himself accounted for. Amidst the investigation, a detective begins to realize the shocking truth that his best friend Ben is indeed the culprit, and ends up pulling the lever when Ben is electrocuted.


We have a team posting to social media.


Mark and Ben had been so deeply involved in their relationships, that they had practically stopped meeting to hang out at Our Bar and resorted to mostly keeping tabs on each other through social media, although that died down too after a while.

Yet, Mark had been shaken to the very core one morning when flipping through the channels and seeing the aftermath of a train crash on the news. He knew that Ben’s girlfriend had been onboard because Ben had been talking about her modeling career and had mentioned on Facebook that she had a big gig in California and was taking the train there.

Straight away, something had told Mark to take a chance and head to Our Bar. Sure enough, Ben was there. Mark knew that Ben looked far too calm and therefore hadn’t heard about the crash yet. As if on cue, the game that had been playing was interrupted with a news report regarding the crash.

When Ben raced out of the parking lot, Mark had tried to follow, but unfortunately fell behind. He eventually managed to make it to the scene of the accident, but when neither Ben nor Christy resurfaced, he saw nothing more that he could do for Ben, so he continued on with his police work.

Mark started going by Our Bar more frequently, waiting for Ben to show up again, which he did several weeks later. He revealed that Christy was well, but had lost her vision. He then let Mark know that he’d likely be showing up to Our Bar less regularly as he tried to help Christy adapt to her condition, and so needed to get home to her right after work.

“Don’t worry about it, man. I completely understand. Just take care of your woman, all right? Send her my best wishes.” Mark believed those were the last words he had spoken to Ben before months passed and he eventually received news of Christy’s death. He went to the funeral, and it had almost made him sick to see his good friend so heartbroken.