Can a tiger lose it's stripes? 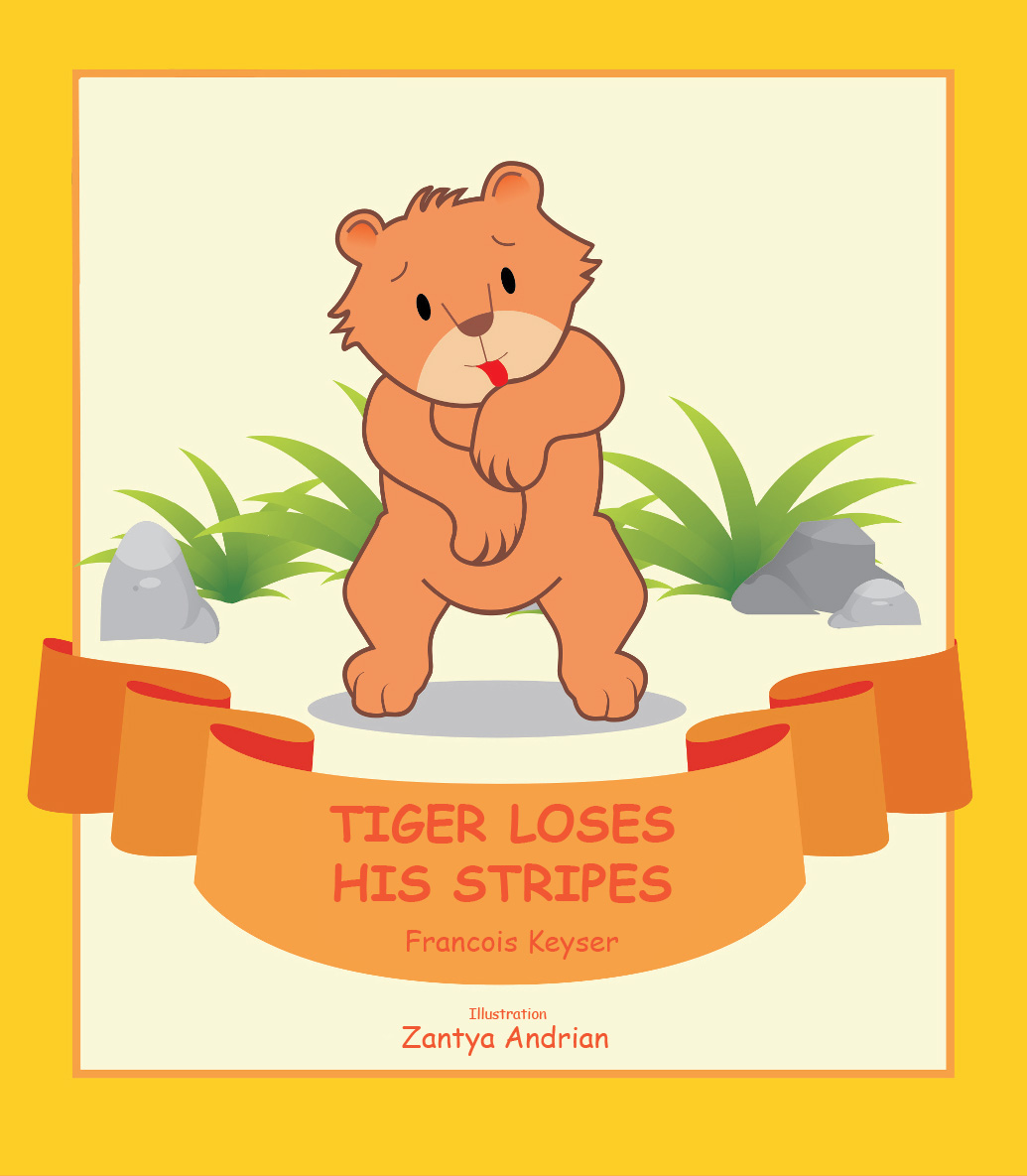 In this, the first book of "The Junglies" series, Aga the tiger loses his stripes. Or does he....?

Find out what happened to Aga's stripes in this beautifully illustrated book which introduces you to the characters of the "The Junglies" series.

"The Junglies" books are about the adventures of five jungle animals and are ideal for sharing with your children. Each story has a moral and in "Tiger Loses His Stripes" the moral is that we should never be afraid to make or admit our mistakes. Honesty is also a lesson which can be derived from the book and the theme of unity in diversity is carried across all the books in the series with the characters being represented by different animals who are friends and help each other.

"Jungle Man" in the book represents mankind's interaction with nature and wildlife.

Interestingly, a subspecies of each animal in the books is endangered and the books present an ideal platform to educate young readers about endangered species as well.

The characters of "The Junglies" are inspired by the author's eldest daughter, Keona.

Look for other titles in "The Junglies" series which are:

"The Junglies Build a Tree House"


One day Kiki the monkey was swinging through the trees in the jungle when he saw Aga the tiger sleeping by the river.

Kiki jumped down and painted AGa with mud while Aga was sleeping.

When Aga woke up, he yawned, stretched and then screamed - AAAAAAAAAHHHHHH! His stripes were gone!

Aga's scream attracted his friends Abbit the rabbit, Elle, the Elephant, Raff the Giraffe, and Kiki who pretended he knew nothing about Aga's stripes.

"We will hep you find your stripes," said the friends except kiki.

Kiki had thought it would be funny when Aga realised his stripes were gone and had not expected Aga would be upset. "I will help too," he said pretending he knew nothing about Aga's stripes.

Aga thanked his friends and they all went to look for his stripes.

Kiki wondered how to let Aga relise he had been painted without telling Aga he had painted him.

Then he heard thunder and it started to rain.

When the rain stopped Kiki went back to Aga's house whre everyone had agreed to meet after the search.

When Kiki arrived he saw the others with Aga and Jungle Man. Aga's stripes were back.

"Aga's stripes never went anywhere," Elle said. "While we were searching it rained and Aga realised that his stripes were back. Someone painted him with mud so that he would think his stripes had disappeared."

Really?" said Kiki. "Who would do that?"

"Maybe you could tell us Kiki," said Jungle Man holding out his hand with photos.