The Train Ride by Francois Keyser

Can teamwork stop a runaway train? 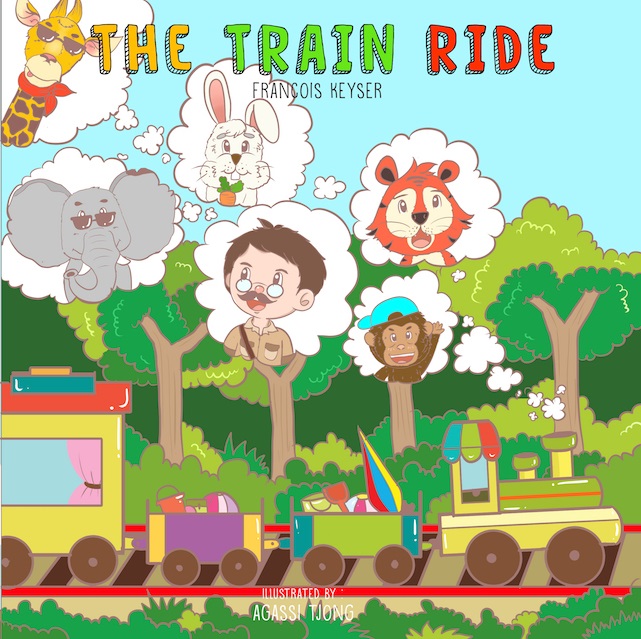 In the 10th book of "The Junglies" series, the friends take a train ride with Jungle Man to the beach.

As usual, there is never a dull moment with the friends and soon the train is out of control on a one way track to disaster! Will the friends be able to stop the train somehow? Will they get to the beach safely or will the trip end in disaster?

"The Junglies' books all have a theme of "unity in diversity" in them with the characters being represented by different animals who are friends.

The series also serves as a good basis for teaching children about endangered species as each species of animal representing a character in the books has at least one sub-species that is endangered including rabbits!

Jungle Man the game warden represents man's ideal relationship with nature which should be one of protecting, nurturing and guiding.

"The Junglies" are enjoyable books for young readers and while being aligned towards ages 5 - 8 years old, they make ideal reading literature for parents to spend time reading to their younger children too.


New book to be published.

One day Jungle Man asked the Junglies to meet him at the train station.

When they arrived at the station they saw a train. Jungle Man said that they were taking a train ride to the beach.

Elle had his own carriage at the back because he was so big.

Raff had his own carriage too which had high sides because Raff was so tall.

Aga, Abbit and Kiki all shared the carriage behind the engine because they were small enough to fit in one car.

Jungle Man was supposed to drive the train but Kiki asked if he could drive it.

Jungle Man gave Kiki a quick driving lesson then handed out kits for the beach for each of them and they were off.