The Tourist of Zenda by Christine Merrill

A Prince pays a tourist to fill in for his actress fiance. 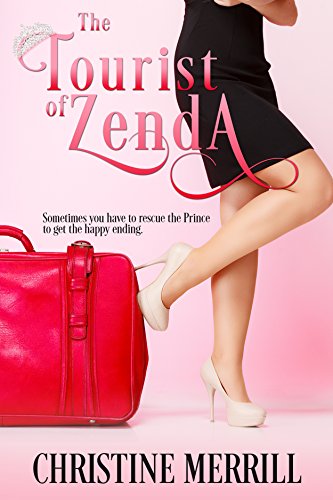 The peaceful country of Seravano is best known for its spotted goats, and the impending royal wedding between Crown Prince Paolo Zara and the beautiful but flighty actress, Sylphine Jones. But when Sylphine gets two black eyes a week before the wedding, the prince needs to find a stand in for the engagement documentary.

She’s about to get more than she bargained for.


over it's lifetime, Tourist of Zenda has had modest sales of around 4000-5000 copies.  But I am a multiplished author with over 20 novels in print and am already translated in over 15 languages by Halrlequin Mills and Boon. Currently, those books have sold over a million and a half copies, and I am making the majority of my sales right now outside the United States.  I do particularly well in Italy.


Dana glanced around her again. “The prince needs money?”

“Paolo doesn’t,” Sylphie replied. “At least not exactly. But the country does. Half the treasury got Bernie Maddoffed. The local economy is in the crapper. He needs a lot of cash, and he needs it quick to shore things up until the market stabilizes. So his people found my people and cooked up this deal.” Sylphie sat up, swinging her bare feet off the edge of the bed in childish glee. “We’re going to make a mint. At least enough to start my own production company.” There was no trace of the blushing bride to be that had been on her mother’s magazine cover. The mercenary glint in her eye that said, as far as Sylphie was concerned, money and career trumped the handsome prince.

“And that’s all right with you? Getting married, I mean. Isn’t that kind of permanent?” Dana asked.

“Permanent? You’re kidding, right?” Sylphie gave her an amazed look. “I give it three years, tops. And two of those will probably be spent on location somewhere. It’s not like I’m going to put on an apron and have a couple of kids, or something.”

“But you’ll be a princess,” Dana said encouragingly. “That will be kind of fun, won’t it?”

“Of a really small country,” Sylphie said. “I could probably shake hands and sign autographs for everyone here in the first month. And it’s boring. Not exactly Monaco, or anything. No one comes here.