The Prince Returns by J.A. Culican

Moody Dragons. Snarky Elves. Fierce Mermaids. And two unlikely heroes who are fated to save them all. 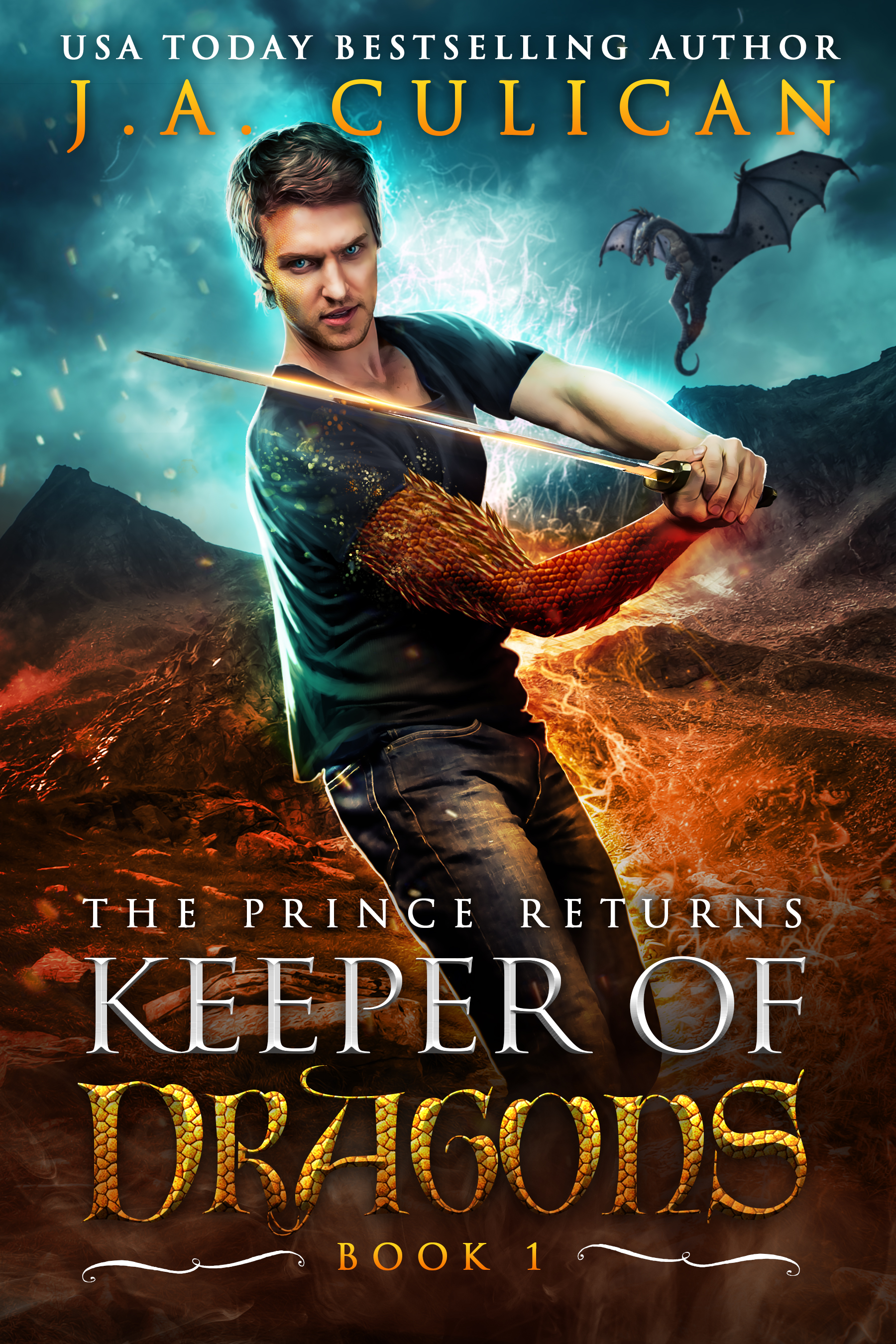 On his 18th birthday, Cole learns that he is a dragon fated to save all that was deemed true.

Cole's life spirals into an uncontrollable battle for life or death. First, he learns that his family isn't really his own and his birth parents are dragons. With that legacy comes a special calling; devoting an eternity to protecting all true beings from creatures bent on controlling the Earth and bringing an end to dragons.

As the newly-minted Prince of Ochana, Cole is also the Keeper of Dragons and his first task is to keep the nefarious farro-fallen fairies-at bay. With no formal training, no control of his mahier-dragon magic, and fear like he's never experienced before, will Cole be able to reach outside of his human side and embrace his destiny in time to defeat the farros?

We walked to the command center in complete silence. Mere steps in front of me, Jericho vibrated with anger. I had so many questions but was afraid to utter a sound at the irate man ahead of me. The walk ended quickly. We reached a set of stairs. Jericho bounded up and I followed. We arrived in a circular glass building that didn’t seem to fit in with the rest of Ochana. I stared at it in wonder until I realized Jericho had a glow in his eyes as he glared at me. He looked down at me over his shoulder.

“The lesson continues. Don’t say or touch anything.” He didn’t wait for me to reply. Instead, he turned and stomped through the doors.

As we entered the building, the chatter and murmurs in the background completely fell silent. Every eye turned toward Jericho. I shrank away from him, not wanting the attention placed on me. I gazed around the ginormous room, which was made to feel even bigger by the glass walls. There looked to be around fifty men and women scattered about as they completed their duties. The two Wolands closest to me typed away on one of the most high-tech looking computers I had ever seen. They were almost completely surrounded by monitors that depicted a series of numbers and letters I had no idea how to read. A few of the people looked familiar. I noticed the two men who left the council room earlier and my three guards from our lock down.

“My office, now,” he addressed a fellow Woland, who seemed unaffected by Jericho’s sour mood. The Woland was taller than Jericho, with almost white hair and oversized red eyes. “I want every bit of information we have.” He turned to leave, but right before he entered what I assumed was his office, he turned and addressed everyone. “We will get Cairo and that girl by nightfall. Alive. No excuses.”