The Kitchen Imps and Other Dark Tales by A L Butcher 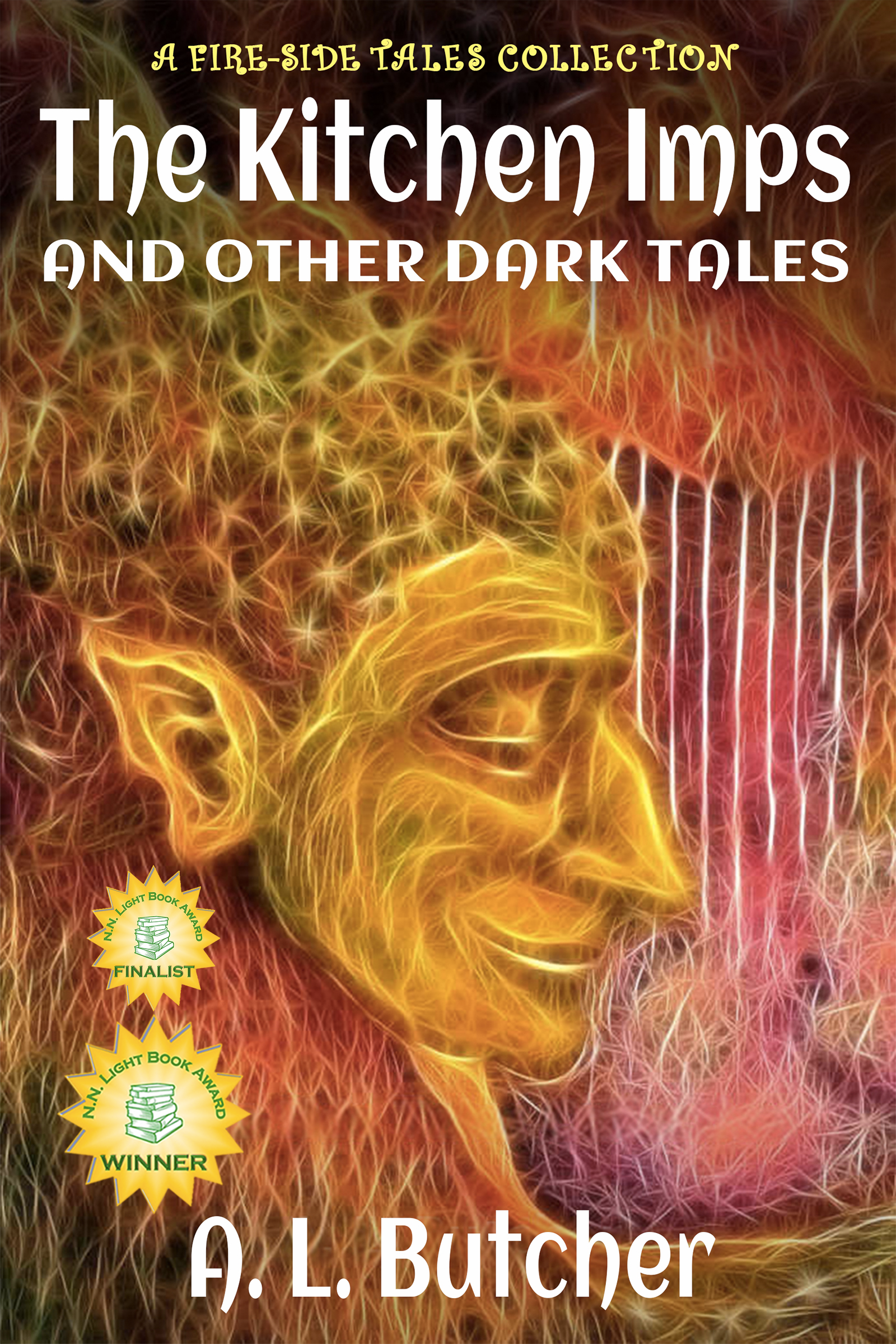 
Winner of the 2018 Fantasy for NN Light Book Heaven


Size is no indication of malevolence and such concentrated mischief was rarely found in any other creature, be it fairy, pixie, gnome or the more mundane critters which went about their business largely ignored by human beings. Gleego squeaked to one of his companions and together they dragged the strangely-shaped item to the edge of the work surface where a third of their kind waited. With a heave the object fell, clattering and clanging onto the floor. The creatures bounced and bounded down, the second part of the plan still to conduct.

“Now what?” tiny Knot asked, picking his little nose and licking what he found.

“Don’t you ever pay attention to anything?” Gleego asked his friend. “Just do what I do, and don’t ask stupid questions!”

Dragging, tugging, and pulling, they moved the object and, small as they were, managed to get the item settled nicely beneath the enormous White Box. Tilting his pointy-eared head to one side, Gleego contemplated and considered, then nodded, and together he and Knot guffawed, squeaked in delight and danced with joy.

At a whistle from one-eyed Bunter, more of their kind appeared, small impy faces showing from behind dishes, beneath cupboards and above the coats hung higgledy-piggledy from the rack by the door. The first imp climbed upon the shoulders of the second, and then another climbed, followed by another. Next, Bunter nodded to Piper, the Holder of the Sacred Rope. She spun her tiny lariat in the air above her head and then tossed it around the large handle of the refrigerator door. The other imps let out with a high-pitched chorus of victory as they jumped from shoulder and back to clutch and pull at the dangling rope.