The Haunting at Hawke's Moor by Camille Oster 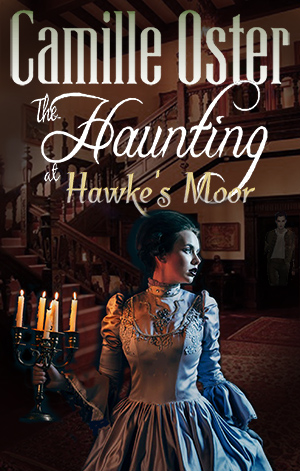 This is a book that has been an Amazon best seller and is still ranked highly. It is my best seller and appeals to a broad audience, generating sale in both e-book and print.. It is 71k in length.

Victorian London shows little mercy when divorce leaves Anne Kinelly destitute and abandoned by her husband. Her bleak future is avoided when the merciful actions of her solicitor results in a stroke of luck, finding a house forgotten and left in probate by previous generations. The desolate moors of Yorkshire is to be her home as she tries to revive an abandoned house where the wind whispers around the window sills.
Before long, Anne discovers that the warnings given to her by the people in the area may be more than the superstitious nonsense. As the brutal history of the house and its founder, Richard Hawke, reveals itself, Anne discovers that there may be more entities in the house than just herself and her maid.


This has been an Amazon best seller and has stayed high in the rankings since it was released a year and a half ago. It is still in the top 100 in the gothic category. I have two other gothics that sell well as well, but this one more so.


Anne Kinelly stood on the raised platform next to the judge's podium—or was it a pulpit. No surely, it wasn't called that. Whispered noises sounded throughout the courtroom as she stood there, trying to keep herself strong. Maybe her surname wasn't Kinelly anymore. Her husband sat on the other side of the courtroom avoiding her eyes. His mouth was drawn and tight, his hair neatly combed.

All eyes were on her, judging her as inadequate and defective. Stanford was living with his mistress, but she was the one accused of adultery. Never had she committed adultery, but a man she barely knew was complicit with Stanford's accusations, declaring to the world how welcoming she had been of his advances.

Her ruination was complete.

She had taken lodgings in a boarding house, but her meager provisions were running out. Her husband had cut her off and she had no means to support herself in the future.

Finely dressed ladies and gentlemen were whispering amongst themselves, some of them amused by her devastation, others looking sorrowful. There was no coming back from this. She was as welcome in her society as a leper, feared in case the contagiousness of whatever deviousness, character fault or other unsuitability had forced her husband to take this drastic step.

In truth, he wanted to marry again, his mistress having grown tired of being hidden, not when his wealth and position could be enjoyed around London. Anne would be swept away with the dust of years past, to be forgotten and ignored. A solitary maid was her only company now, a surly girl who was less than happy with the reduced circumstances which extended to her as well.