The Fourth Descendant by Allison Maruska

Four diverse strangers are brought together by a century-old mystery. 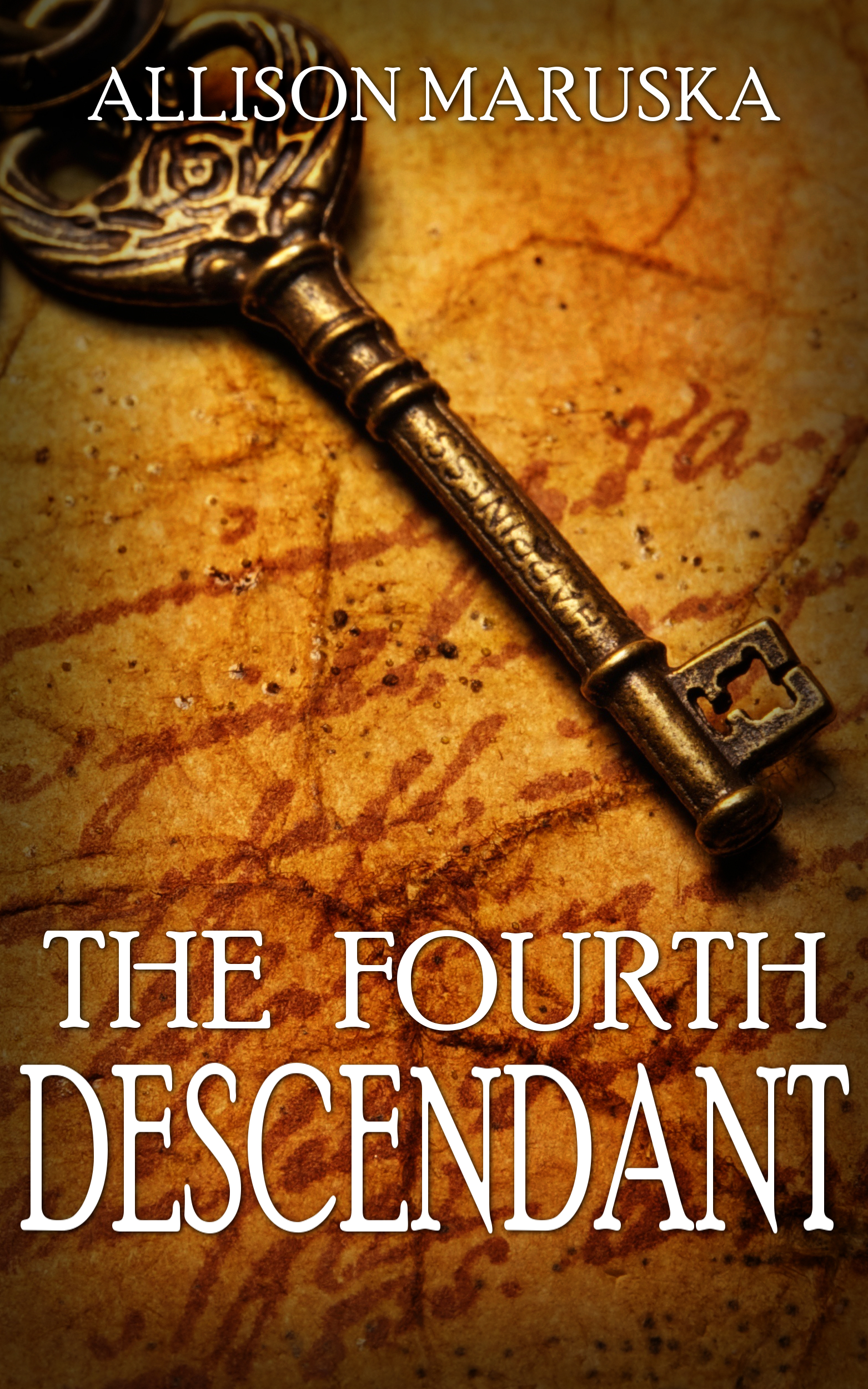 When Michelle receives a call from a Richmond historian, she sees the chance for a much-needed adventure. All she has to do is find a century-old key.

Three others – a guitarist, an engineer, and a retiree – receive similar calls. Each family possesses a key to a four-lock safe found buried in a Virginia courthouse, though their connection is as mysterious as the safe itself. Their ancestors should not have interacted, had no apparent reason to bury the safe, and should not have disappeared thereafter.

Bearing their keys, Michelle and the other descendants converge in the courthouse basement and open the safe, revealing the truth about their ancestors - a truth stranger, more deadly, and potentially more world-changing than any of them could have imagined. Now it’s up to them to keep their discovery out of the wrong hands.


Updated 1/5/16: Sales have been strong and consistent. It has been ranked between 350 and 500 the past month and has ranked high on the historical mystery best seller list since August. It's currently #3 on that list.


The call came from an unfamiliar number. Michelle almost ignored it, but the prospect of talking to another adult was too promising to pass up. Her children kept their eyes glued to her as they walked home from the playground. Apparently, the event was rare enough to warrant their full attention.

“Is this Michelle Jenson?” the caller asked.

“My name is Alex Pratt, and I’m calling as a representative for the Richmond Historical Society.”

The caller now had Michelle’s full attention as well. “Richmond? In Virginia?”

“Yes ma’am. We believe your family is connected to something we found in our courthouse. Can you tell me if your great-great-grandfather was named Gao Zhang?”

“I don’t know the first name, but Zhang is my mother’s maiden name.”

The sound of rustling papers came through the phone. “I’m sure we have the right family. This might sound strange, but try to bear with me. Last month, the city began restoration projects on some of our historic buildings, including our courthouse. The workers found a wooden box hidden under the floorboards, and we thought it was a time capsule, but it contained only a letter signed by four men. One of those men was your great-great-grandfather.” He cleared his throat. “The letter gave directions to a safe we found built into a basement wall. The safe is unusual, because it’s locked with four large deadbolts. The letter indicated the descendants of each man who signed it would possess a key, and that we need all four keys to open the safe.”