The Fire Within by Jan Springer 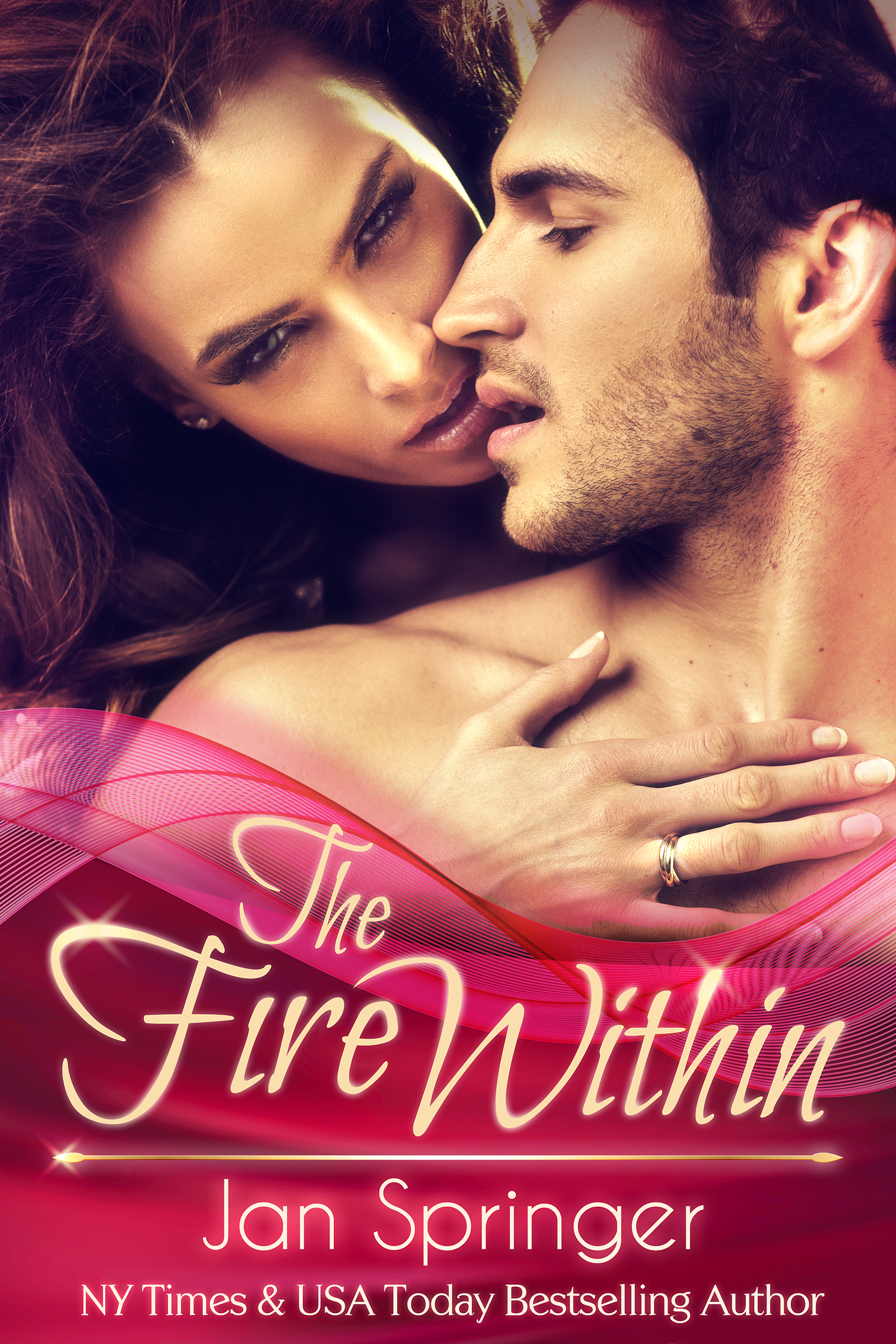 With increasing pressure from her fiancé to consummate their relationship, Detective Sky Kelley informs her fiance she wants to wait. But then he dumps her! Humiliated and needing to get away, Sky undertakes a daring mission into the dark sensual world of pleasure slave training.

When Detective Jim O’Brien discovers his ex-fiancé has volunteered for the dangerous job, he’s enraged. She’s too inexperienced for such a risky assignment and he has no choice but to follow her. However, Jim soon discovers that Sky is not anybody’s damsel-in-distress and she’s going to prove it to him in carnal ways he’s only dreamed about…

The Fire Within was previously published under another title (Sex With the Ex) and placed in Spice Box Boxed Set. Spice Box reached #13 on the USA Today bestselling list and # 6 NYT Bestselling Lists.

Spice Box was also an excellent seller on Amazon as a Kindle Bestseller for several months. The box set was available during the summer of 2014 for a limited time only.

“They call him Loverboy. He is six feet three inches and a hundred and eighty pounds of pure sex magnet. No woman can resist him.” Det. Jim McBride’s husky voice curled through the briefing room grabbing Detective Sky Kelley’s attention.

The two male detectives sitting beside Sky nudged each other playfully and chuckled at Jim’s description. Unfortunately, they weren’t taking this Loverboy fellow as seriously as they should be. At their interruption, a dark anger crept into Jim’s gorgeous brown eyes. “You two giggly boys have something important to share with the rest of us?”

The two detectives frowned and shook their heads in embarrassment.

Jim nodded with satisfaction, and then his intense gaze swooped onto Sky. His eyes softened a bit as he watched her, but the normal laugh lines at the corners of his mouth remained tight.

Bruised shadows hung beneath his eyes. Eyes that used to sparkle with desire for her. Now they held nothing but raw pain.

Hastily, he looked away, leaving her with the impression she was being dismissed as if she were just another one of his “giggly boy” detectives, instead of the woman he had planned to marry...up until a week ago.

Sky closed her eyes for a moment and tried to compose herself. Tears of regret burned at the back of her eyelids. She should have said yes to Jim’s demands that they have sex. It would have been so easy to put out that persistent need throbbing between her thighs. However, she wanted to wait until they were married. Unfortunately, she had said no one time too many and now she was alone.