The Copper Quarter by Richard Stooker

The friendly man shocks the bar by paying for everybody's drinks with a silver quarter. 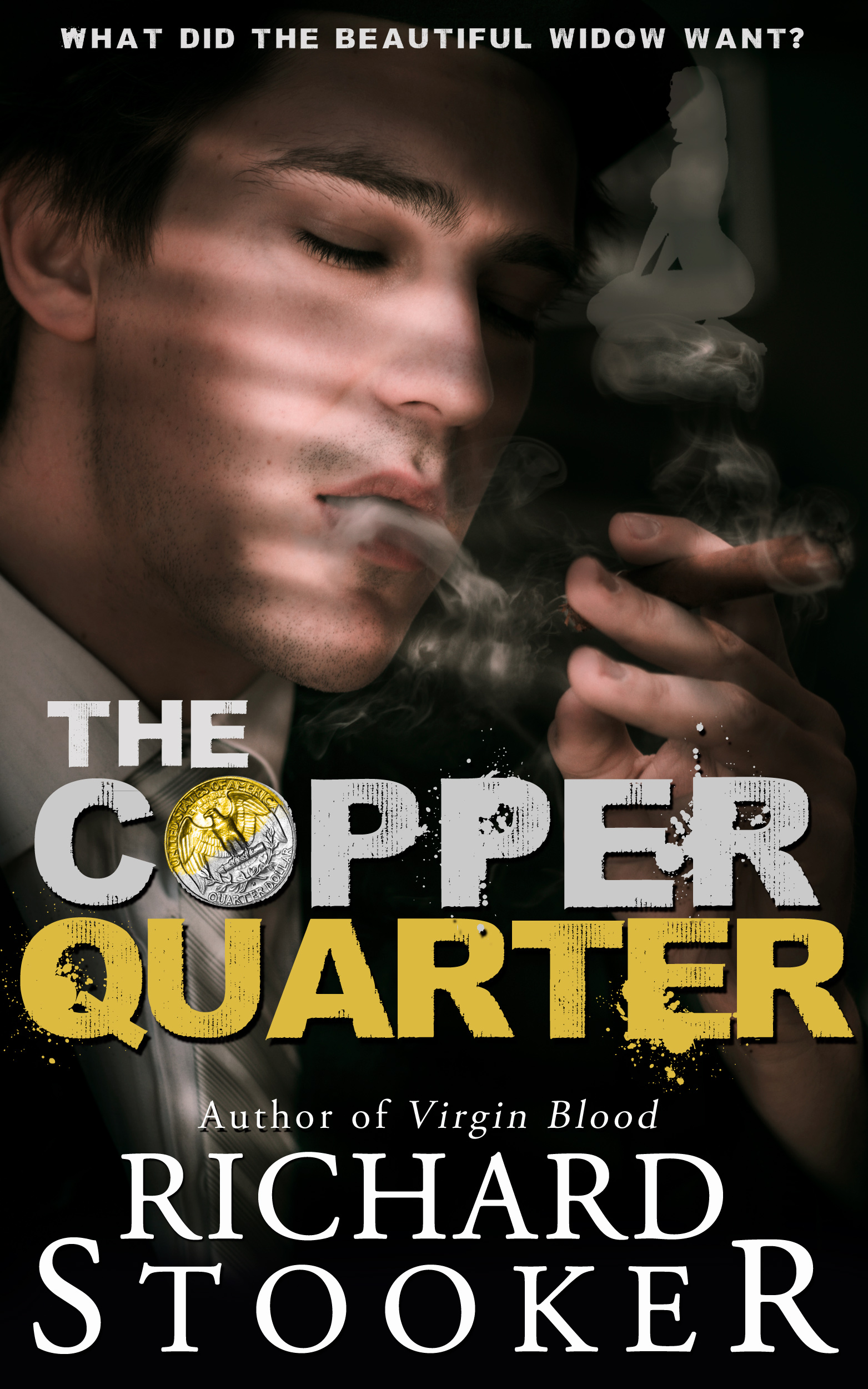 The friendly man shocks the bar by paying for everybody's drinks with a silver quarter. His ruthless killing in the street outside surprises nobody.

When private detective Crain Dalton seeks out the beautiful widow, he uncovers a plot to buy local elections with the only kind of money worth anything anymore -- silver and gold, once again illegal to own.

Down the mean streets of the near-future, a man must go . . .

Welcome to the future of the United States:

Economic malaise and poverty and want for the vast majority of people.

Lots of paper money that buys nothing.

Criminal gangs and politicians cooperate to run the government, and split the swag.

Yet, as the world grows more and more amoral, Crain battles the powerful in defense of humanity dignity.

Until now, unavailable for over thirty years! A science fiction, hardboiled private detective short story, The Copper Quarter originally appeared in the February 1979 issue of AMAZING.


Originally published in AMAZING STORIES in 1979,

It is now also out on Audible.


Harry was outlined in the glare of the headlights like a figure in a shadow play. The first slug hit him in the shoulder, jerking him back and to the left. In quick succession, bullets slammed into his gut, throat and chest. As he fell he seemed to crumple and fold up like a limp rag doll. Blood spurted, then quit when his heart stopped beating.

Harry slumped in the sidewalk and lay on his belly, a dark pool surrounding him. The headlights swept the tavern front and tires squealed as I stopped hugging the concrete and rushed to Harry.

Not wanting to turn him over, I reached around to the front of his jacket to search for the inside pocket. My hand came out dripping red and holding a silver quarter, twin to the one Harry had given Lou. Blood also covered the coin. In the dim moonlight I could just make out the inscription 'LIBERTY' over the head of George Washington, and the date, 1964, underneath. I began to run towards the Larksprings Haven apartments.

The complex did not provide its residents with a security guard at the door, which was fine with me. I searched the rows of mailboxes and quickly found the name I wanted: Mr. and Ms. Harry and Lillian Paloma, Apt. 5D. I pressed the button under the number. As I waited, I pulled out my handkerchief and wiped my hand, but couldn't get the blood off. Something started to shake wildly in the pit of my stomach, and I hugged my ribs tightly, until it stopped.

"Who is it?" a woman's voice said with crisp, electric distortion.

"Harry," I said, hoping she wouldn't expect Harry to sound like Harry through that tinny speaker system.