A bedtime story of Shep, an unwanted puppy with a big head and long teeth, rejected by his owners for accidentally bumping into things, including them. 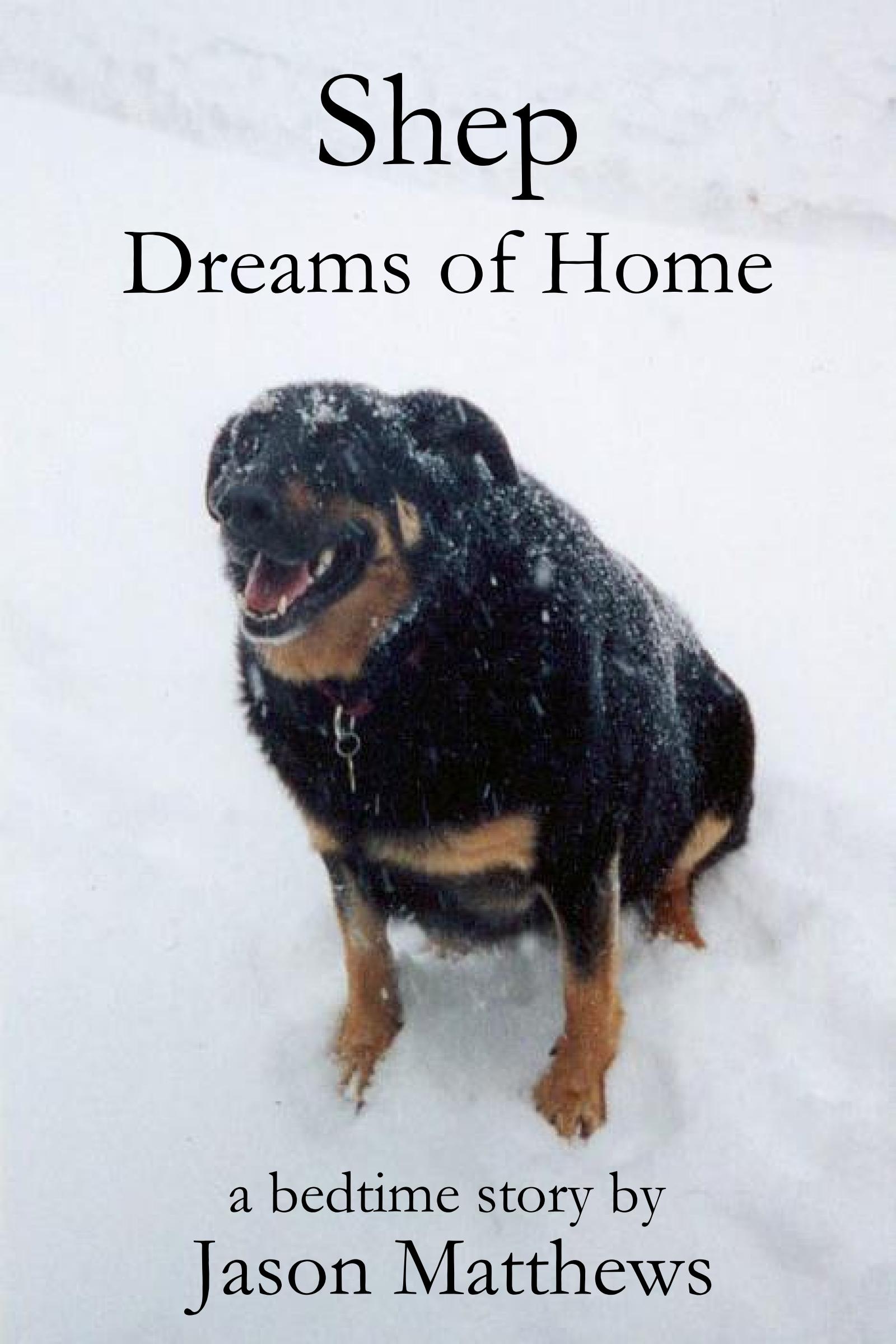 It's a bedtime story (just 1,222 words) and a children's story for all. Shep, an unwanted puppy with a big head and long teeth, is rejected by his owners for accidentally bumping into things, including them.
He finds himself out on his own in a dangerous world. His goal of finding someone who will accept him as he is, lands him in the home of the Lonely Man.
Together, the two experience the joys of friendship. As Shep grows into his big head and teeth, he saves the day by using his natural gifts against an intruder.
A feel good story for any age, perfect for an inspiring bedtime read for young kids.
1,222 words.

This is a free bedtime story.


This is a free book that gets downloaded at Amazon dozens of times everyday. It is usually in the top #10 in the Dogs category for free Kindle books. It has 195 reviews as of today: http://www.amazon.com/Shep-Dreams-Home-Bedtime-Story-ebook/dp/B0057XVAJU/

It is a fun story, a little bit goofy. It is meant to help kids feel good, and so the translator must keep it fun and even silly.

Once upon a time there was a dog named Shep. Even when Shep was a puppy, he had a big head with a long nose and big white teeth. Sometimes Shep would accidentally bump his big head and teeth into things like furniture and other dogs and people too.

They made Shep go outside a lot, even at night when it was cold and blowy. Shep didn’t like sleeping outside in the snow. It made him very sad. He dreamed of having a warm bed and a kind master who let him stay indoors whenever he wanted.

There was another puppy dog who lived down the street, and she was just about the same age as Shep. Her name was Ruby Girl, and she had a loving home with Nice People who took very good care of her, even when she bumped her head into them.

Shep liked Ruby Girl very much, and the Nice People who owned her. He decided he would try his best to get adopted at Ruby’s house. So whenever the Angry People would make Shep go outside for a long time, he would walk down to Ruby’s house and be on his best behavior. He would not bump his head into them and was always very polite. He would even sleep on their front stairs at night and not cry.