Sex, Sin, and Scandal in a Small New England Town... 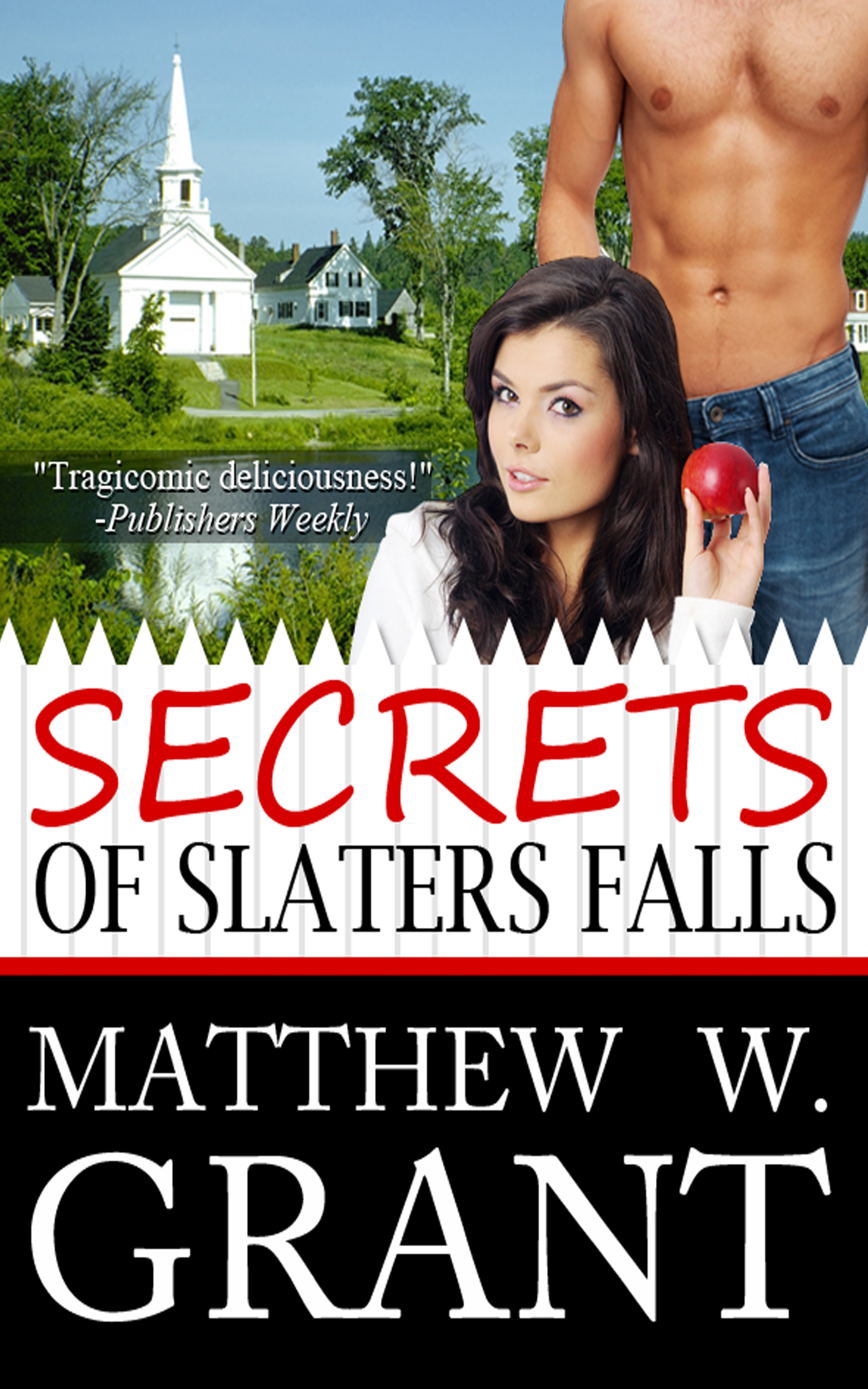 Interweaving the humor and mystery of Desperate Housewives with the drama and romance of Days of Our Lives throughout the novel, Matthew W. Grant breathes new life into the genre of small town potboilers.

From heiress Nancy Harrison fighting the manipulations and objections of her powerful family as she pursues a romance with mechanic Roy Trembley to Melinda Rollins, the minister's daughter who is cheating on her millionaire fiance...

From the crazy old lady harboring a deadly grudge, to the young girl who finds herself pregnant, single, and stuck with a playboy boyfriend afraid of commitment...

You're invited into the hearts, souls, and bedrooms of the residents of Slaters Falls where families of varying wealth and stature find their lives intertwined by sex, sin, scandal, and secrets.

Not since best-selling classic Peyton Place has a novel so thoroughly exposed the secrets and lies that fester beneath the picture-perfect surface of every small town.


Nothing like this had ever happened before in Slaters Falls. Everyone was talking about it, especially those with little or nothing constructive to say.

Only one person in town knew that the whole ordeal at the First Trust Bank started earlier down the street at, of all places, St. Mark's parish church.

Father Mulroy sat in the confessional at noon. He wondered what other priests thought about while waiting for penitents to arrive. He knew what he thought and he also knew those thoughts were of questionable propriety.

Why can't anyone ever reveal anything exciting in here? If only the young people would come in and confess some of the juicy things they do and think about, now that would be entertaining, Father Mulroy decided. Maybe he could get assigned as a chaplain at a Catholic college? That had potential.

He heard the enormous front door of the church creak. Here we go, he thought to himself. Another laundry list of domestic un-bliss was about to unfold. Just once, he prayed, could something thrilling happen in here? The confessional door swung open rather noisily. This didn't sound like a pious Slaters Falls housewife after all.

A man's gruff voice began, "Forgive me, Padre, because I'm about to sin. It's been, um, a hell of a long time since my last confession."

Father Mulroy questioned, "Did you say you were about to sin?"

"What is it you're thinking of doing?" the priest asked.

The voice was low, regretful, and serious. "I'm gonna kill someone this afternoon."