A brutal, heroic knight finds love in the heart of England 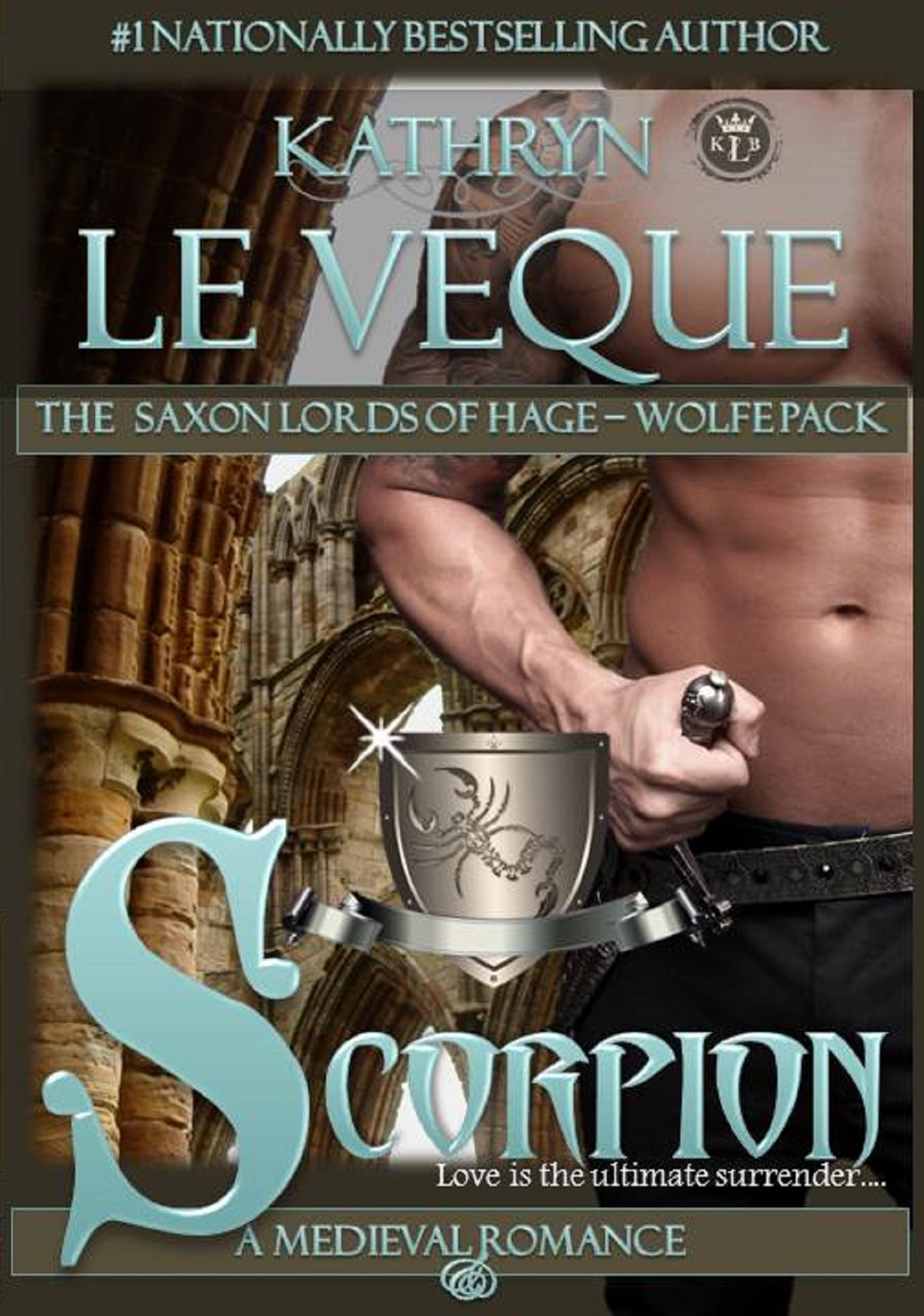 1289 A.D. - Sir Kevin Hage, stinging over the loss of the object of his affections to the Welsh warrior known as the Serpent, drowns himself in warfare in order to forget his heartache. He travels to The Levant to fight the Muslim infidels, transforming himself in the process. He becomes hardened, brutal, and heroic and returns to England a changed man, an English assassin known as the Scorpion.

Now on the home front, he must fight a battle greater than himself - the fear of loving a woman under extraordinarily difficult circumstances. With all odds against them, follow Kevin and his lady on their journey of discovery, adventure, and an awakening love that is stronger than all the stars in the heavens in this unforgettable Medieval romance.

Love... thy name is SCORPION.


Scorpion is another sequel to Kathryn Le Veque's wildly popular The Wolfe. Scorpion was a number one ranked Historical Romance novel at its release on Amazon.

The shout came from behind. The massive English knight with the shaved head instinctively took the hint and ducked low, missing being decapitated by mere inches. In spite of his size, the knight was as agile as a cat. He turned and charged the man who had just tried to remove his head from his shoulders, plowing a big shoulder into his attacker’s belly.

The Mamluk warrior with the curved kilij sabre went down, flat on his back, and the enormous knight planted his big, heavy, straight-edge broadsword squarely into the man’s chest. It was instant death.

“Kevin, we need to get out of here,” the same knight who had shouted the warning was now grasping the arm of the big, shaved-headed knight. “This is a trap. They lured you here with rumors of an enemy surrender.”

Sir Kevin Hage had realized the same thing his friend had. Tripoli had been under siege for over a month now, a bone-dry city in a dry and mysterious land. Overrun by Mamluks, Turks, Mongols, and more exotic tribes pouring in from the north and east, the last remnants of the Christian brotherhood in the Levant was trying to rid the city of the new legacy of invaders. But they were outnumbered. It had been a seemingly futile effort thus far.

Kevin and his companions, Sir Adonis de Norville and Sir Thomas de Wolfe, men he had grown up with and had now come to serve with in this strange and exotic land, the last crusade of an empire who had all but given up the quest, had been well out of England for over six years. From the snows of Wales to the searing sands of the Levant, it had all been quite an adventure, an adventure that had seen Hage acquire a reputation not only from those he fought with but from those he fought against. A man who fought with no fear, no emotion, and a hint of untapped vengeance.