Roman and Julietta by Jan Springer

When a hit is put out on her family, Julietta kidnaps the enemy’s sexy grandson and forces a "union" between the two warring families... 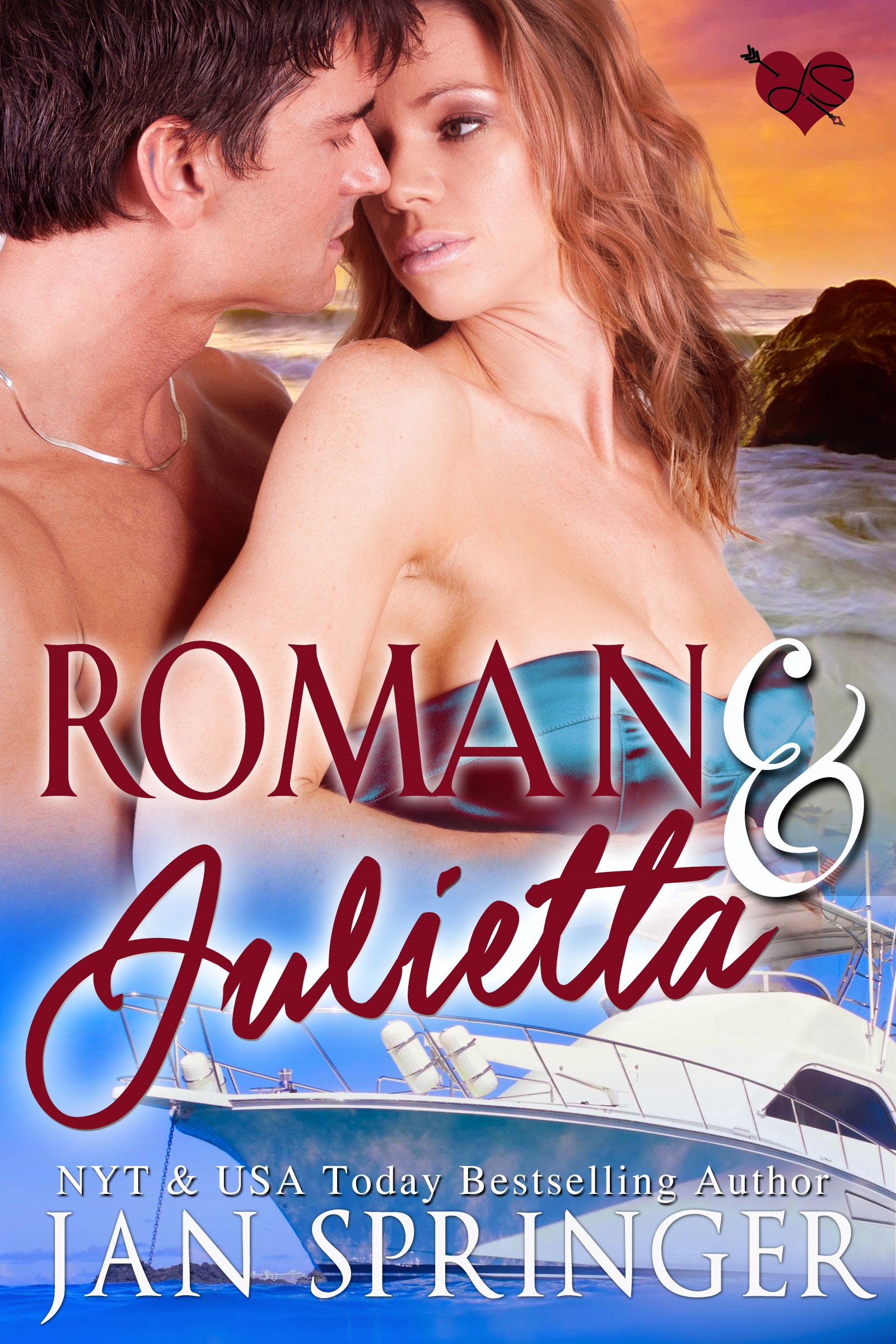 Modern-day pirate Julietta Black’s life has always been immersed in the violent and traditional ways of piracy. When a hit is put out on her family, Julietta kidnaps the enemy’s sexy grandson and forces a "union" between the two warring families. What will her captive think when he discovers he has been kidnapped not for a ransom but for his sperm?

Night after night, wrapped in Roman’s strong arms, Julietta can’t deny the searing attraction blazing between them. Nor can she deny he now holds her heart—as well as her life—in his hands.

When Roman Prince’s mysterious captor offers him a luscious woman to bed, fierce desire ignites, melting his usually tight self-control. Lust quickly turns to love as he enjoys their naughty trysts more than he should...

This story was previously published under the title "Her Captive".


Roman and Julietta was previously published with Siren Bookstrand Publishing (United States) and had good sales over the years. It is being re-published with Spunky Girl Publishing with a re-release date of December 31, 2016.


“I’m under fire!” she snapped into her mouth mic. Rolling onto her back, Julietta quickly returned fire toward the open doorway, which when she could see again was empty.

“I’m almost there,” Colby said in her earphone. She could hear him coming up the metal stairs just outside. Stupid idiot, he was being too noisy. Making a target of himself. The Lord only knew she didn’t want anything to happen to her brothers.

Julietta’s heart beat like a battering ram in her ears as she crawled across the floor to the doorway, all the while wincing at the pain in her right upper arm. She hoped the bastard who’d shot up the flares and injured her wasn’t standing just outside ready to plug her full of holes. Staying near the entrance, her P90 in hand, she waited for Colby.

“Our ship is just about here. Mel, what’s your status?” Turner asked.

“The fucker is gone. He’s a damned sniper and he got me in the arm, but I’m okay.”

“She’s shot and she’s okay. Carry on with the mission.” Turner’s confident voice made her grin. God, she loved his cool nerves.

“Damned baby sister, you sure you’re okay?” her other brother, Gage’s concerned voice snapped over the line. Gage was the worrywart of the family and she loved him for it.

“Fine,” she reassured him through gritted teeth as fire and pain flared in her wounded arm. Man, that bullet wound hurt!