Reena is trapped in a snow-bound cabin with two dangerously sexy men... 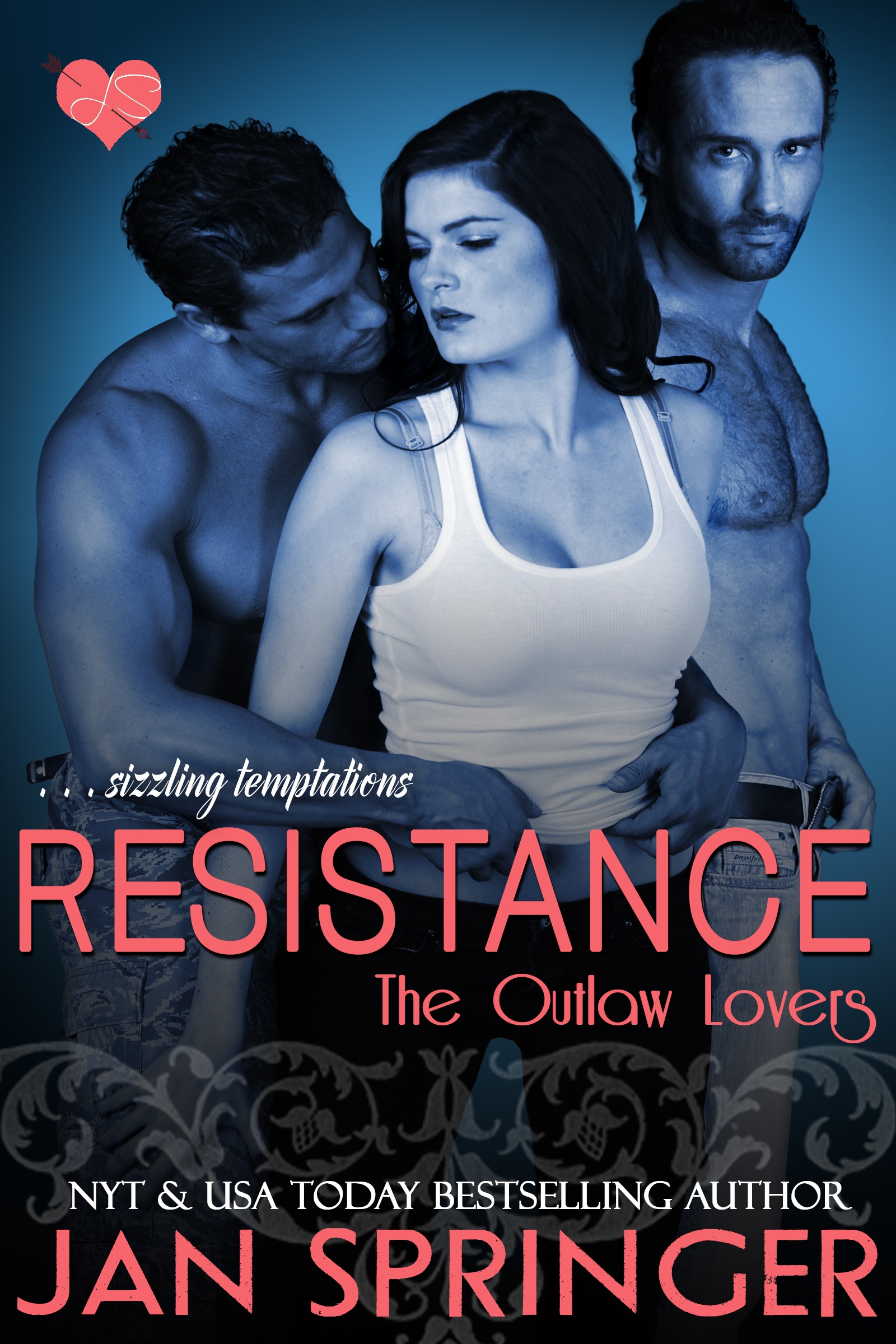 Black ops assassin…
Months ago, Will “Blade” Smith spent one sizzling evening in the arms of a red-haired seductress. Now she’s his next assignment. One look into her gorgeous eyes and he’s wrestling his heated cravings all over again.

Bounty Hunter…
When Cade Outlaw nabs his bounty, sexy-as-sin Reena Wilde, his profession dictates she’s hands-off. But he can’t ignore the magnetic sparks between them…or that she is the biggest temptation of his life.

Resistance is futile…
After Reena escapes Cade and Will and falls prey to a band of evil hunters, she’s grateful her sexy hunks come to her rescue, and in return, saves their lives. Trapped in a solitary cabin during a wicked snowstorm, she can’t resist her two well-hung studs, nor can she deny they’ve claimed her heart.

Series Summary
A fast-acting virus has killed a majority of the world’s female population. With so few women on Earth, a new law is created. The Claiming Law allow groups of men to stake a claim on a female—as their sensual property. The Outlaw brothers are returning from the Terrorist Wars fully intent on declaring ownership of the women they love…and they’ll do it any way they can...


“Perhaps you should spank me until I do what you want me to do. Or maybe you should hang heavy weights off all these rings of mine.”

Without un-cupping herself, she inserted her thumbs through the large rings her previous jailors at the pleasure house had pierced through her nipples. She tugged on the rings, bringing her nipples and breasts outward. The sting of tenderness made her gasp, but she didn’t ease off. The pleasure-pain excited her and from the flushed hunger on Blade’s face, he was enjoying the show.

“You could zip a gold chain through the rings. String the chain down through my bellybutton ring.”

She un-cupped her breasts and his gaze followed as she smoothed her hands leisurely over her stomach and fingered the gold ring in her bellybutton.

“Then you could loop the chain through my labia rings. Tighten the slack so I would experience pleasure-pain everywhere, all at once?”

Her voice became breathless, sexy as she erotically traced her fingers over her smooth, firm abdomen and between her thighs to toy with her labia rings. She pulled on them and whimpered at the pressure they created.

“Or perhaps you’d…” She cleared her dry throat. “Maybe you’d tie me against a wall and hang heavy weights from all my rings until I submitted to you…and let you fuck me.”

She tensed as he rose.

He was a tall man—towered over her like a giant as he stood in front of her. Her eyes met his muscled, bronze chest. She gazed up. His pulse pounded in his corded neck and her own pulse picked up speed.

“You’re wearing my shirt,” he said in a quiet, husky voice.

“Maybe you should take it back,” she teased.