Queens (The Wielders of Arantha Book 2) by Patrick Hodges

On the planet Elystra, the all-female Ixtrayu tribe faces destruction as dark forces close in. 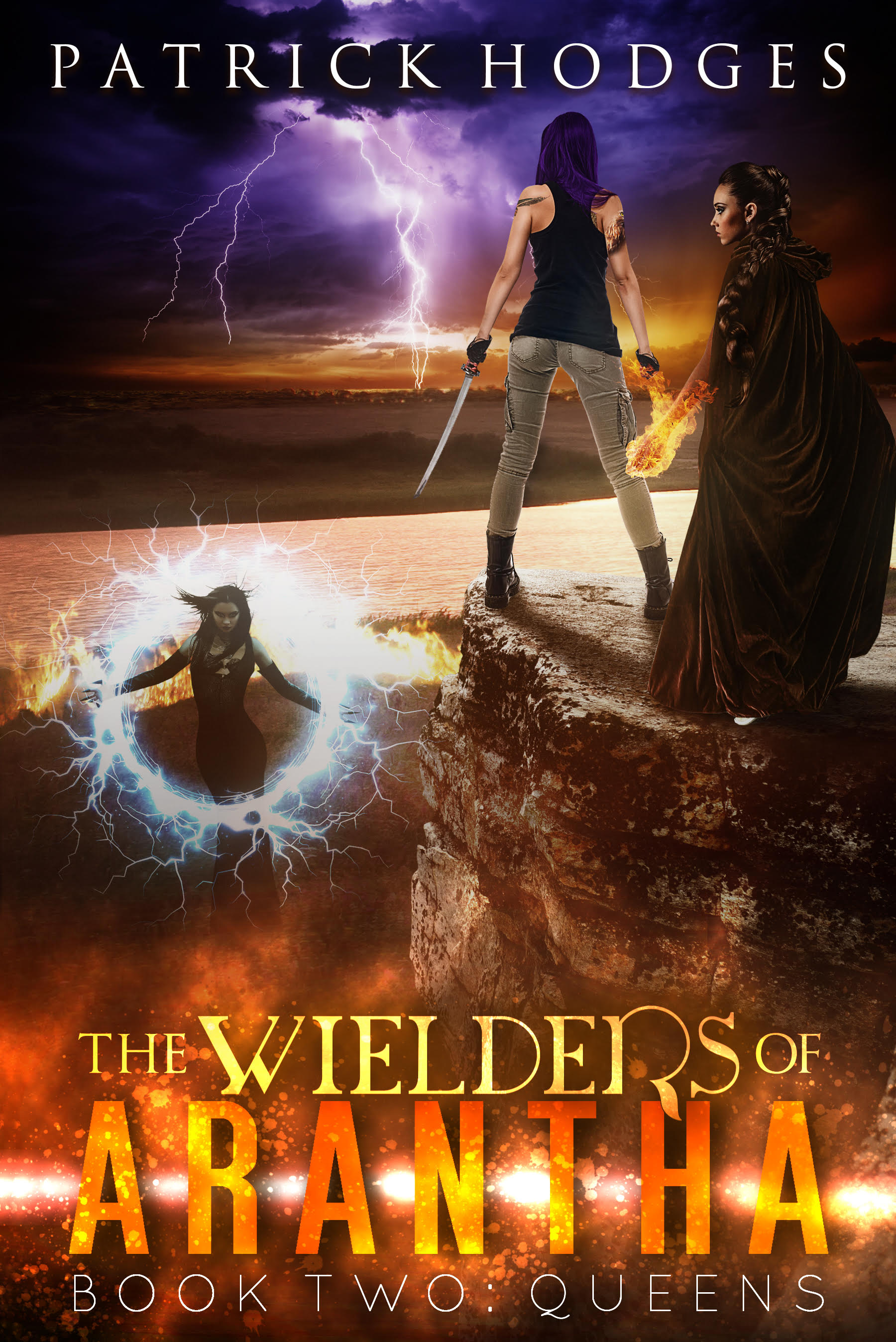 A cosmic game of chess is underway, and the planet Elystra is the board.

Earth pilot Maeve and her son Davin have joined the Ixtrayu, hoping to avert the destruction that their leader, Kelia, has foretold. But will Maeve's burgeoning Wielding powers be enough to thwart the machinations of Elzor and his lightning-wielding sister, Elzaria, before everything the Ixtrayu have ever known is destroyed in Elzor's quest for ultimate power?


Queens, Book Two in the Wielders of Arantha series, has a near-perfect Rating on both Amazon and Goodreds.  On its release day, it got over 500 downloads (when it was offered at a duscount).  I expect it to win several awards in the near future.

Her heart jumped into her throat, and she shuffled her feet in indecision.

Before she could answer, however, a preteen boy rushed into the dining room, grabbed Sen’s arm and motioned for him to follow. “Please! Come quick! The High Mage needs you!”

Sen immediately grabbed his satchel and rushed out the inn’s door. Vaxi, not wanting to be alone, followed.

The boy led them down the street, where a thin haze obscured her vision and the smell of burnt wood choked the air. As they neared what Vaxi assumed was the tavern, she could see that one entire side of the building had been burned away. Scorch marks and ash littered what was left of the walls and furniture.

Vaxi saw Mizar waving at them from up the street, where a sobbing woman held an unconscious boy of no more than five in her arms, his face blackened with soot and several ugly blisters on his chest. What remained of his shirt lay in tatters on the ground nearby.

Sen sprinted to the boy’s side. He reached into his satchel, produced a pair of large green leaves, and squeezed them between his palms. Closing his eyes, he then laid his hands on the boy’s chest.

Vaxi, along with the rest of the crowd, watched in awed silence as the healing power of Arantha flowed through Sen and into the unconscious youth. After several tense moments, during which the entire crowd held its breath, the boy coughed, and his eyes fluttered open. The pure joy on the mother’s face as she clutched the boy to her chest, staring with adoration at the young man who had saved him, was something Vaxi knew she would never forget.

She began to clap. Others joined in. Before long, Mizar had to pull Sen to his feet to face the cheering mass of onlookers that, on this night, realized just what a special person the High Mage’s apprentice was.