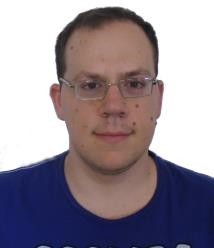 I love translation. I have always liked foreign languages, and this evolved into a passion for translating original works into my native language, as I think that there are many interesting texts that should be read by as many people as possible.

I'm Spanish, and I usually translate from English and French. I have a degree on Translation and Interpreting. My favorite subject was literary translation, as I am a passionate reader and I have read hundreds of books. My favorite genre is fantasy, but I haveread other genres like mystery, romance, realism, etc.

I also have a degree on English Studies. I have always been pretty interested in English culture, so I thought this degree would complement my knowledge about translation and my love of literature.

Finally, I also have a Masters Degree on Localization.

I have been working as a transator for two years. I have translated a game called Alien Food, and also the scripts and subtitles for many short films and series. I am currently working as a freelancer for translation agencies such as BigTranslation.

I have translated some fragments of novels like Brandon Sanderson's Steelheart and Steven Erikson's The Crippled God, but only as a personal project. I have also translated some poems by Helen Hunt Jackson for an academic project.

I would like to focus my career on literary translation, and I hope that this web will help me gain some experience and also allow me to make more novels by unknown or new authors available in Spanish.