Pawns (The Wielders of Arantha Book 1) by Patrick Hodges

A mission to save the human race embroils an Earth pilot and her son in a cosmic game with epic consequences. 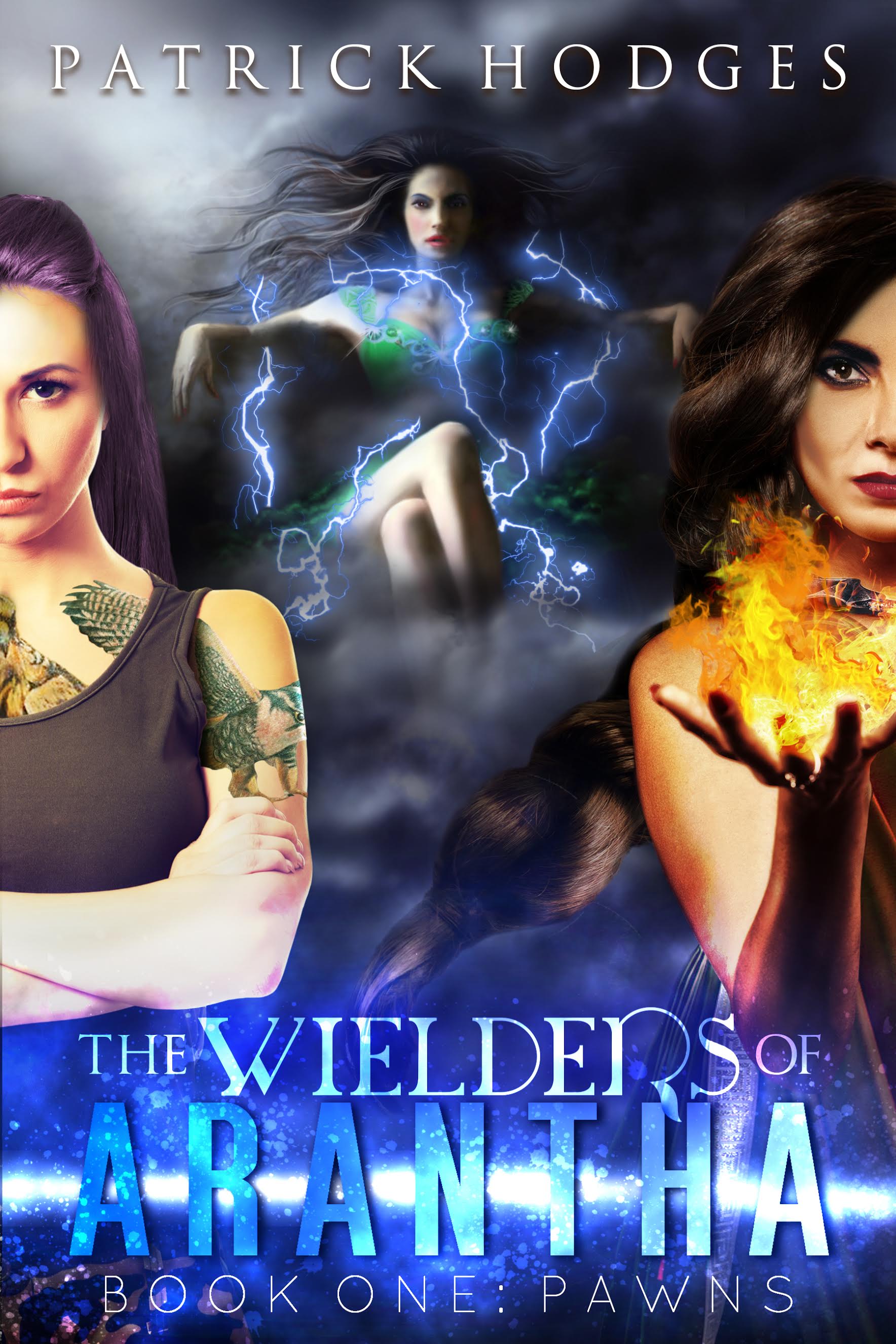 Seven hundred years in the future, the Jegg – a powerful alien race – invade Earth, wiping out half of the Terran Confederation.

In a hidden base under the Sahara Desert, a team of scientists works to mount a resistance against the invaders. Their plan is to fit an Earth ship with Jegg folding-space technology, and travel to the other side of the galaxy to find a mysterious energy source… one that could help them defeat the Jegg.

But just before departure, catastrophe strikes. Only two of the crew survive and make it to their destination: the team leader's wife Maeve, and her teenage son Davin. What they find on the distant planet will forever change both the future of their family and their planet, as they enter a race against time... and against impossible odds.


During its most recent promo, Pawns achieved over 1,400 downloads in five days. 15 of its 19 reviews on Amazon have been five stars.  Book Two in the series, Queens, will be out in late summer 2017, and I hope to have Book Three, Endgame, out in late 2017.

Maeve blinked back tears as the Talon powered through Earth’s atmosphere. They’d evaded the Jegg’s ground-based weapons, but that was merely the first line of defense.

Once they hit open space, their problems increased exponentially. She didn’t have to look at the sensors to confirm the Jegg ships were following them. The Talon was the first Earth ship to be airborne in five years. Even though the hull was black and silver, it may as well have been pink and yellow with a huge bull’s-eye painted on it.

For eighteen months, they’d planned this mission. With the help of his contacts in the Underground, Richard not only restored a junked Space Corps cargo ship but somehow combined a Jegg quantigraphic rift drive with a Terran supralight engine. Two completely different technologies, and he miraculously got them to speak the same language. This brilliant engineer, the man she fell in love and had a son with, was the key factor in the Underground’s last-ditch effort to find a way to escape the alien conquerors who had subjugated the human race.

They’d celebrated last night, the ten of them: Maeve, Richard, their fourteen-year-old son Davin, Richard’s protégé Gaspar, and the entire team that toiled in utmost secrecy to get this bucket off the ground. The mood was ebullient, as it seemed their mission would finally commence.

Mission! Maeve snorted as the ship burst through the stratosphere and out into open space. A Hail Mary is what it is. We’re hanging our last hope on the word of a shimmering alien being and praying there’s a pot of gold at the end of the rainbow.

Brushing strands of her purple, shoulder-length hair away from her face, she cast a sidelong glance at the copilot’s chair. Seeing its emptiness, a tear escaped her violet eyes.

My husband is dead.