Payback's a Beach by Falafel Jones

Max is back in Payback's a Beach, the sequel to Life's a Beach Then You Die. 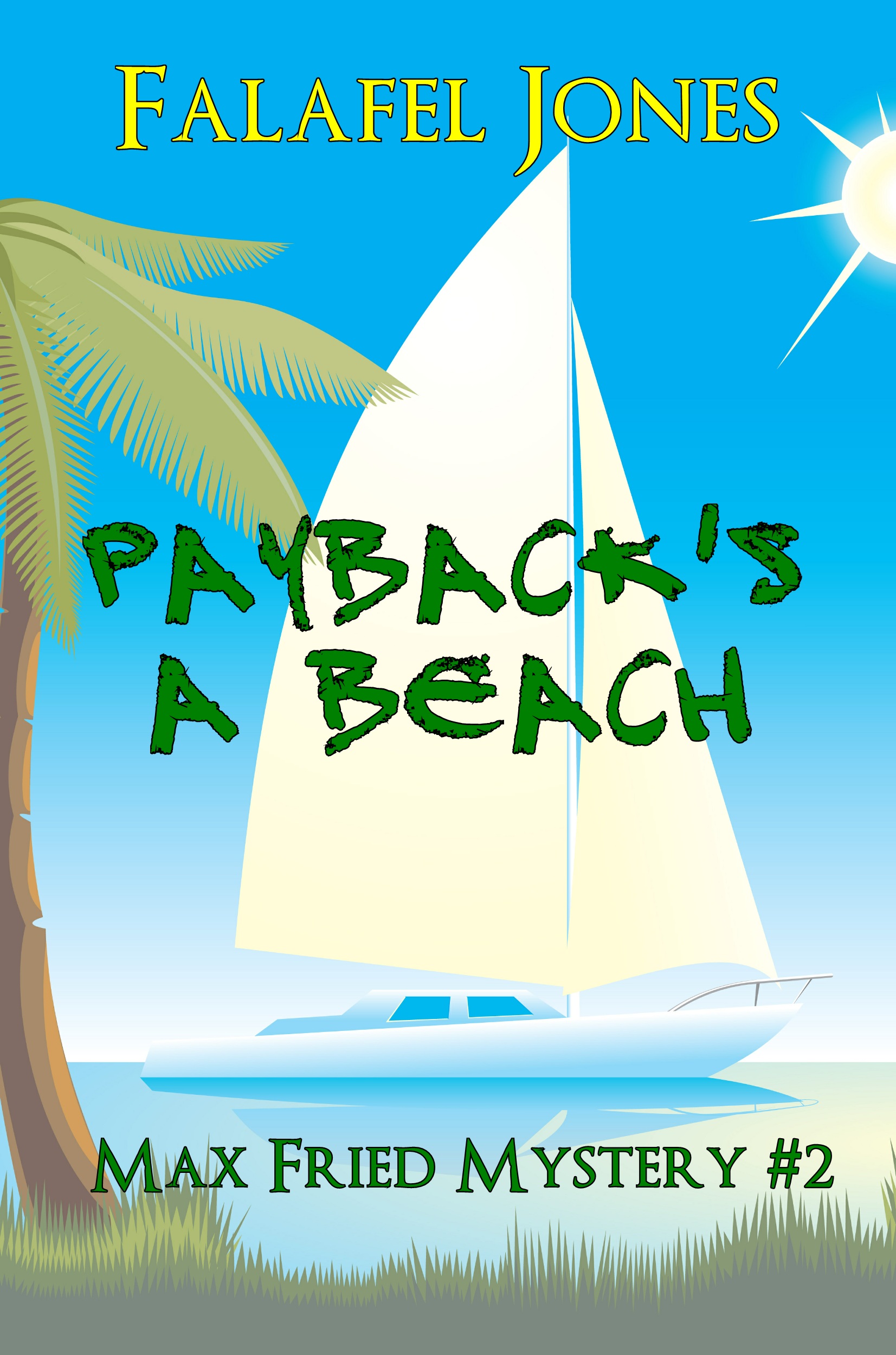 When Brenda McCarthy wakes to the sound of police pounding on her door, her clothes are bloody and she doesn't know why. After detectives say her date's dead body washed up on the beach, she turns to private investigator Max Fried. Max wants to help her but neither he nor Brenda are so sure she's innocent.


Sales of the English language edition of this book have been driven by free offerings of Life's a Beach, Then You Die. As of today, 1/9/2015, Payback's a Beach is ranked #54,798 in the paid category of the Kindle Store at Amazon.com. It has 27 reviews averaging 4.4 stars.


I groaned, opened my shorts, and reached down to press the button. When I looked up, TV reporter, Lisa Bell, stared me in the face. She said the Coast Guard towed an abandoned boat, but I was too stuffed from dinner to pay attention. All I could think about was coffee. While I reclined on the couch waiting for my espresso, I heard Mariel in the kitchen answer the phone. Her voice grew louder as she approached but instead of coffee, she handed me the cordless and left the room.
On the TV, Lisa said the boat owner's dead body had washed up on the beach. On the phone, Ed McCarthy, a local lawyer, told me the police wanted to arrest his daughter Brenda.
"Max, you've got to help me out."
"With what?"
"The police think Brenda killed that guy who washed up on the beach."
"The guy from that abandoned boat?"
"Looks that way."
"What can I do to help?"
"I need someone to prove she didn't do it."
When I first moved to New Smyrna Beach, I did a forensic examination on a computer to help Ed settle a client's estate. The exam led to the capture of the client's killer but I hadn't seen Ed for a while.
"Geez, Ed. You know I can't work the case like that. I've got to follow the evidence."
"Yeah, yeah, I know. What I mean is I know she didn't do it and I want you to find out who did. That's the only way we can help her."
"But, what if the investigation proves her gu… I mean doesn't clear her."
Ed's confidence didn't surprise me. "It will. I'm sure of it. Don't make me beg. Will you do it or not?" He exhaled loudly into the phone.
"Sure, sure. I'll do it. Where's Brenda? I'll need to talk with her first."
"She's here at the house, with me and her mother."